President Trump has halted grants and contracts issued by U.S. Environmental Protection Agency (EPA), raising questions among observers about what affect it would have on the federal department’s activities, according to media reports on Jan. 24, 2017.

“The Trump administration has also ordered what it called a temporary suspension of all new business activities at the department, including issuing task orders or work assignments to EPA contractors. The orders were expected to have a significant and immediate impact on EPA activities nationwide,” The Associated Press reported. 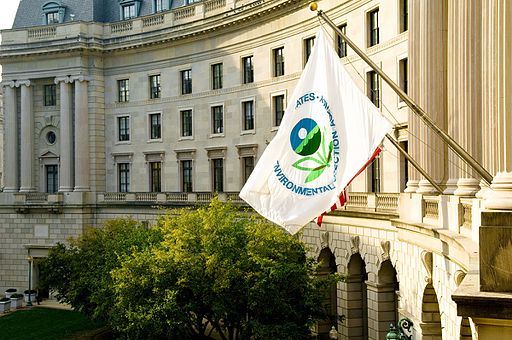 The Environmental Protection Agency was established in 1970. (Courtesy of Wikipedia Commons)

The exact impact was immediately unclear. “Much about any freeze at the EPA remains unclear, including whether it affects only new grants and contracts, or may also affect the roughly $6.4 billion worth of federal contracts the EPA already has in place,” nonprofit news organization ProPublica reported.

The organization reported on an email from an EPA contracting officer to a storm water management employee that stated: “Right now we are in a holding pattern. The new EPA administration has asked that all contract and grant awards be temporarily suspended, effective immediately. Until we receive further clarification, this includes task orders and work assignments.”​

The Associated Press reported that Doug Ericksen, the communications director for Trump’s transition team at EPA, said the freeze on EPA contracts and grants does not apply to pollution cleanup efforts or infrastructure construction activities.

ProPublica quoted Myron Ebell, who assisted the Trump administration with the EPA transition, as saying, “They’re trying to freeze things to make sure nothing happens they don’t want to have happen, so any regulations going forward, contracts, grants, hires, they want to make sure to look at them first."

One Trump representative told the Associated Press the media blackout at the EPA was expected to be lifted within a few days. The federal departments of Interior and Agriculture received similar orders barring certain public communications from the Trump administration in recent days.