by Lev Nelik
07/27/2015
While running a pump at its best efficiency point saves money, reduces downtime and improves performance, many plant managers are unaware of how their equipment is actually performing. This series, which began in the July 2015 issue of Pumps & Systems, depicts a real-world scenario that is intended to illustrate the importance of monitoring pump efficiency. Read the first part of this series here.

Despite the municipal water plant's tight budget, maintenance manager Jim decided to speak with his boss about improving the facility's pump efficiency. Charlie began working at the Blue Creek water plant about a year ago and was not aware of the plant's history or the details about its pumps.

"What you got, Jim? Make it quick. I have a corporate meeting to be at after lunch. They want to talk about the influent screen problems at the Willow Wastewater Processing Plant and asked all watershed plant managers to go."

"OK, boss. I just wanted to let you know that Bob from the Duck Pump Company did some energy efficiency testing of our main water booster pumps and found they need some fixing. He says their efficiency is low."

"Really? I had a similar issues back at my old company. We had a ton of old light bulbs installed all over the facility, and this guy came and did some efficiency testing and suggested that we switch to some sort of energy-efficient light fixtures. Tons of money involved, but apparently we still saved some money overall. How much savings are you talking about?"

"Well, he figured we burn nearly $125,000 extra in wasted energy, and with just one repair, we could recoup the cost in about a year."

"That's what I told him, too. Anyway, Charlie, just wanted you to know."

"Thanks. Let's talk more about this tomorrow."

The next day, Jim and Charlie got together to look over a fresh quote from Bob on the pump repair and upgrade. It was $143,600, which was higher than the original budgetary estimate. Bob explained in his quote, however, that the extra money was justified by switching from a single to double mechanical seal, which would save water and improve the unit's reliability.

"So, how long will it take them to do the upgrade, Jim?" Charlie was examining the numbers. "It says eight to 10 weeks—will it really take that long?

"Yeah, that's not bad though. The last time they did this, it took them about the same. They do a pretty good job. We did the last pump about four years ago, and that is usually how they take care of us."

"We need a major overhaul every four years? Isn't that a bit too often?"

"That's right. Duck Pump gives us a full one-year warranty, and if the pump stays idle most of the time, they extend the warranty to two years. That way, the less we run the pumps, the more money we save."

"You know, Jim, let's go to the store room. I want to see one of these pumps. Do you have a spare?"

"I sure do. Actually, I have two spare units and four installed ones. We usually only run one pump at a time. During peak hours, we fire up the second pump to get more water to folks if the other plant is down and we need to cover for them."

Charlie and Jim, joined by Rusty the mechanic, walked to the shop to examine the pumps. Store manager Grady Cricket put a newspaper aside and got up to meet them. 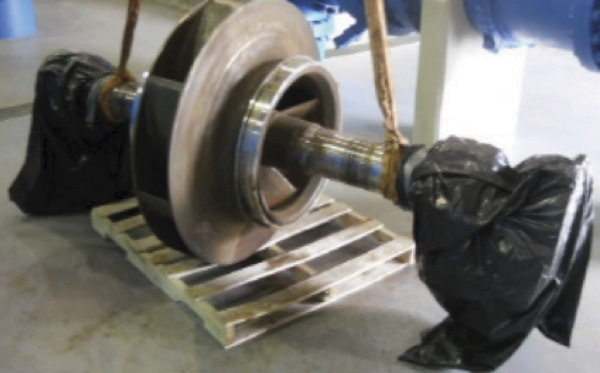 Image 1. Spare parts allow for flexibility when repairs are necessary. (Courtesy of the author)

"Well, I meant we have a couple of spare rotors, not a complete pump. Usually, when they do a repair, they keep the casing in place, pop the top off and just remove the shaft with the impeller and bearings with their housing."

"OK, I see. So, in his quote, Bob mentioned changing wear rings to restore clearance. How big are those clearances originally, and how much do they open up as a result of wear?"

"It's all in the pump manual, Charlie. I don't remember the exact number; the manuals are at engineering downtown, and I don't get out there often. But I think these are roughly 0.020-inch or so, and they get bigger as they wear."

"But how do they wear? Does the impeller ring touch the casing ring? I'm not an engineer, but I'd imagine that Duck Pump Company would design the shaft big and stiff enough so it doesn't deflect very much to touch."

"I would think so. If they touch, something is wrong—either the design is bad or the bearings are gone. The main reason for wear is probably the pumpage."

"Pumpage? But we pump clean drinking water! How abrasive can it be?"

"Yeah, you're right. I don't know either. This pump is a bit above my pay grade. We can ask Sandy from the corporate engineering department. I saw her a few times when she came to see the plant a couple of years ago. She would have all the manuals and data. Rusty, is this stainless?"

"Let's see." Rusty picked up a dial indicator base and popped the magnet over the shaft surface. "Doesn't stick. Must be stainless"

Jim raised his eyebrows. "No wonder it's expensive. What about the impeller and the ring?"

Rusty moved the magnet over the impeller and determined that it, too, was stainless. However, when he moved it over the ring, the magnet stuck.

"The wear ring's not stainless!" Jim was perplexed. "What's going on here? Is this why it's wearing out? Maybe it just rusts away (no pun intended, Rusty!). You know something—we better get Sandy to come to the plant, and we might as well set up a meeting with Bob to go over his quote."

Charlie was pleased with what he was learning, but what he discovered left more questions than answers. "Let me know when you set up the meeting. Let's do it some time next month."

In Part 3 of this series, Sandy visits the plant and discusses the pump repairs and efficiency with Bob from Duck Pump Company. Will the non-magnetic ring Charlie and Jim discovered cause rusting and wear? Read part three of the series here.

The pump performance and geometry was hidden in the conversations among Jim, Bob and Charlie in the July and August issues. Can you uncover the real versus expected pump performance curves and geometry data? Send your reconstructed curves and a pump cross-sectional sketch to pumpeditors@cahabamedia.com. The correct answer will win admission to the next Pump School session.