Hiring Still a Challenge, But Oil & Gas Market is Promising 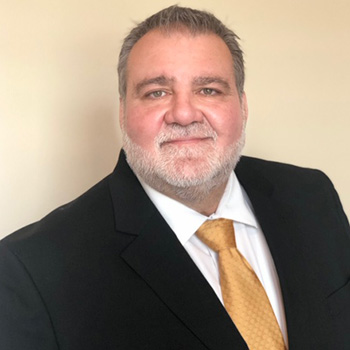 Many people, including Timothy J. Armand, President, North America, Newpark Fluids Systems, had smiles on their faces and a sense of assuredness behind their handshakes at The Offshore Technology Conference (OTC) in Houston in May.

Pumps & Systems sat down with Armand to get his take on how the oil and gas market is expected to perform, and what challenges the industry is facing. Based in Katy, Texas, Newpark Fluids Systems is a worldwide provider of value-added fluids for drilling, completion and stimulation as well as other chemistry solutions in the oilfield.

P&S: Can you give me an overview of Newpark’s history? Can you tell me how your company is different from “traditional bundled services providers” and why it is important?

Armand: Going all the way back, our history starts with the establishment of New Park Mining Company in 1932. Then in the ’80s, the company expanded offerings into waste treatment and environmental management, and in 1997 it became Newpark Fluids with the addition of drilling fluids to its portfolio. In 2002, Newpark acquired Ava Drilling Fluids and Services, which is headquartered in Rome, Italy. This expanded our footprint overseas and established Newpark’s presence in the Middle East and North Africa. In 2015, the company had an 80 percent domestic to 20 percent international mix. By 2017, it was 50/50 after expanding into the EMEA region. During the downturn around 2014, I joined the company and we invested heavily in innovation, leading us to where we are today with the rollout of our completion and stimulation fluids as well as more specialized technologies, like Kronos, for deepwater applications.

When it comes to describing our offerings, “bundled services” doesn’t properly convey our approach creating fine-tuned fluids solutions based on the goals of our customers and the environmental factors of the site. Our systems can be tailored to the operator’s needs; we cross-train our personnel, so they handle all operations including drilling and completions activities, which offers a seamless transition that saves our customers time and costs in the long run.

P&S: How is the oil and gas market looking to you right now, in general and in how it relates to new business for your company?

Armand: I think there’s optimism. In deepwater, as an example, operators would take 120 days to drill a typical well. Now it can take half the time, so even if the cost of oil isn’t as high, the production is higher. [During the downturn,] the industry underwent a little bit of a learning curve. We feel the industry has managed to better understand how we can operate in this climate. The market is going to slowly come back. I’d rather it slowly come back then it ramp up to some place and have a hiccup. It’s at a much better place, so we feel good.

P&S: Many companies are finding it hard to find the right people to hire—how is your company dealing with that? And do you have a plan in place to capture the knowledge of retirement-age employees before they leave?

Armand: We have a talented sourcing group at Newpark. We do not necessarily have a formal process for mentoring, but we encourage that. We don’t throw people in to start planning wells and understanding the fluids business. Mud school is 10 weeks, and it’s really [all about] fluids—completion fluids and stimulation fluids in addition to our legacy in drilling fluids. We include Lean Six Sigma. The training is designed to recognize and eliminate inefficiency, reduce variability and enhance continuous improvement, resulting in waste reduction and associated cost as well as more reliable product performance. The enhanced and predictable performance will also save cost. For example, continuous improvement of our fluid and products would yield lower treatment cost at the well site. With the “big crew change,” starting in 2014, there was a gap—when industry has a slowdown, new people lose interest in it simply because there are fewer jobs available. Now we recognize that digitalization of data is needed, and we have actively recruited young talent who understand a lot of this.

P&S: What do you think the marketplace is looking for now?

Armand: Agility—the industry had to adapt, and we have to adapt with it. Some of the biggest change arises when you realize you can’t do business the old way. You can’t offer a cheap product because it’s not going to provide the customer with the greater gains in efficiency. Today’s marketplace demands that we really examine solutions through the eyes of an operator, keep conversations with customers very open, and help them implement sustainable, effective fluids systems that will meet the highest standards and deliver results.

Pump Industry Insider
The Political Plays Behind the Oil Price War
As Saudi Arabia and Russia battle for increased market share, which country is their primary target to dethrone?
Pump Industry Insider
Water Reuse Moves Into the Limelight
WEF President on why this needs to be part of every water resource plan.
Pump Industry Insider
Oil & Gas, Other Industries Brace for Coronavirus Impact
Pumps industry consultants and experts weigh in on the fallout from the worldwide spread of COVID-19.
Pump Industry Insider
Research Study Expects Adoption of Safety Sensors and Switches to Grow
Industry 4.0 poised to revolutionize the global safety sensors and switches market.
Pump Industry Insider
Aging Oil Fields Boost Demand for Artificial Lift Systems, Report Says
More than 90 percent of oil and gas fields require these systems for production.