Total oil production expected to rise by another 1 million barrels per day by 2030, according to IHS Markit analysis.
by IHS Markit
06/11/2019

Analysts expect a more moderate pace of production growth for Canadian oil sands projects than in years past, according to a new report by business information provider IHS Markit. The building and operating costs fell dramatically in recent years, the report states, and total oil production could rise by another 1 million barrels per day (mbd) by 2030. External factors—such as price uncertainty caused by pipeline constraints—are contributing to the projected moderate growth. 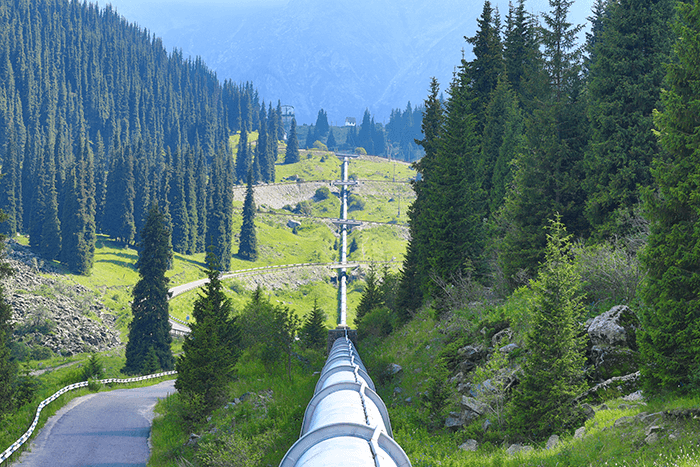 The report released in May and titled “Four Years of Change” examines oil sands cost and competitiveness. The cost to construct a new oil sands project is now between 25 and 33 percent cheaper than in 2014, the report says. Deflation in capital costs was a factor.

Efforts such as simplifying project designs, building for less and constructing and ramping up production quicker have also played a major role in cost reductions.

Operating costs for both oil sands mining operations with an upgrader and steam-assisted gravity drainage (SAGD) facilities fell by more than 40 percent on average from 2014 to 2018, the IHS Markit report states. Some facilities saw as much as a 50 percent cost savings from increased reliability, such as reducing facility downtime and increasing throughput.

“It is important to note that the largest share of these cost savings are coming from structural changes, the way projects are designed, constructed or operated,” said Kevin Birn, vice president of IHS Markit and head of the Oil Sands Dialogue. “These types of savings tend to be more permanent. This means that oil sands costs have a greater potential to remain in check should inflationary pressures resume.”

According to IHS Markit, the estimated lowest-cost oil sands project (expansion of an existing SAGD facility) required a price of more than $65 per barrel for West Texas Intermediate (WTI) crude to break even in 2014. Today, the breakeven price has fallen to the mid-$40 per barrel range.

Likewise, an oil sands mining project without an upgrader required a near-$100 per barrel breakeven price in 2014 compared to around $65 per barrel in 2018, the report states.

The western Canadian oil market continues to experience price uncertainty despite these cost reductions because of delays for advancing pipeline projects, the report says. Many producers were forced to take deep discounts for their barrels late in 2018 due to lack of transport capacity.

In 2018, the western Canadian heavy oil differential averaged $27 per barrel below the WTI price—more than double what it was in 2017, according to IHS Markit. Throughout 2018, the differential fluctuated from $11 per barrel to more than $50 per barrel beneath WTI, which, the report states, was the worst level in recorded history.

An oil production cap imposed by the Alberta government has led differentials to generally trended in a narrower range. However, the differentials may widen again if Alberta continues to loosen the production limits in the coming year, the report says.

Growth in the Canadian oil sands will continue at a slower pace, the report says. Year-to-year oil sands production additions could average beneath 100,000 barrels per day (b/d) per year over the coming decade, IHS Markit predicts. This is down from an average annual rate of 160,000 b/d or more during 2009-18.

The reduced production outlook should be sufficient for oil sands to top 4 mbd by 2030—a million barrel per day increase from 2018, the report says.

“Oil sands economics have improved dramatically over a very short period,” Birn said. “Still-ongoing constraints continue to weigh on timing of future investments, and the investment and the growth outlook continues to moderate. But growth is still anticipated.

“Nearly one-third of growth in the IHS Markit outlook to 2030 comes simply from the ramp up, optimization and then sustaining of existing facilities. There is upside potential, but the key will be the ability of government and industry to restore confidence that Canadian crude will get to market, whether by pipe or rail.”