How New Technology Is Changing the Way We Get Water

Those in the water industry know we are facing a global water crisis. Thankfully, many experts are hard at work on solutions. One machine uses human feces to create drinking water. Another transforms seawater, river sludge and other water sources into potable water. On a larger scale, one country is taking major strides toward water independence through desalination, reuse and more. These are just a few examples of how radical technology is changing the way the human population is treating, conserving and delivering what is arguably the most precious resource on the planet. The following highlighted technologies do not represent a comprehensive list, so please feel free to contact us with other notable advancements in water technology at pumpeditors@cahabamedia.com. 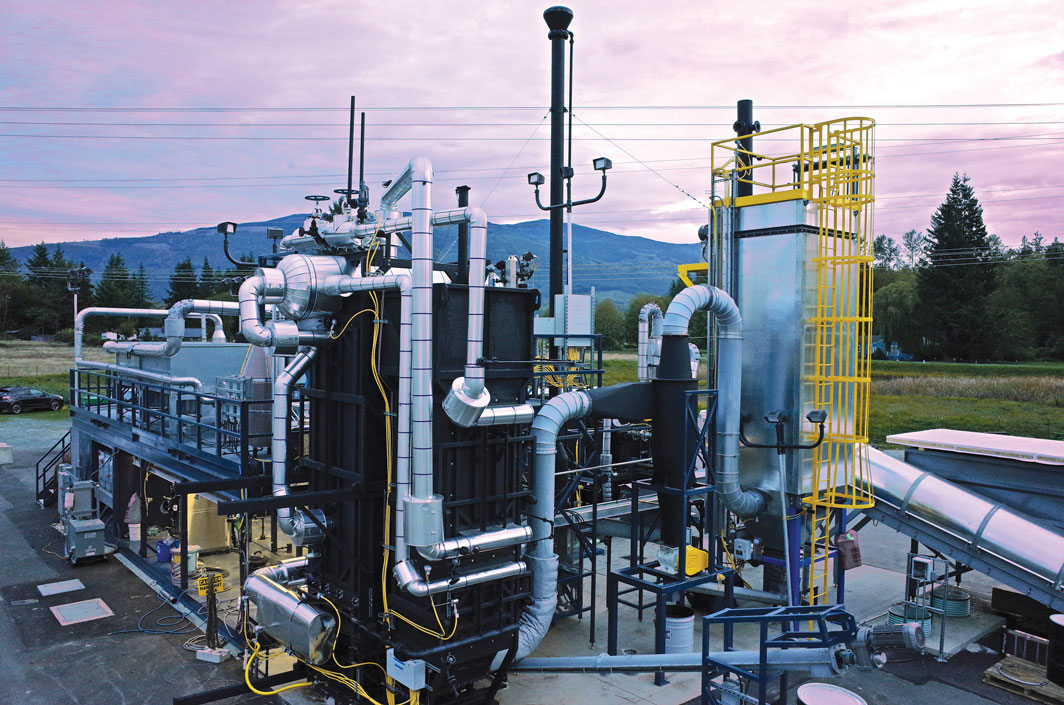 In January 2015, Microsoft founder Bill Gates made headlines around the world when he drank water derived from human feces. "Today the machine that produced the water, the Janicki Omni Processor—or JOP—is in Dakar, Senegal, as part of a pilot project that could ultimately save lives and reduce disease in poor countries," Gates posted in a blog on his website, gatesnotes.com, in August 2015. The Bill & Melinda Gates Foundation is funding work on Janicki and others. This is one of many processors that is under development.

Designed and built by Seattle-area firm Janicki Bioenergy, the machine converts human waste into drinking water, electricity and ash. According to Gates, the goal is not just to provide drinking water, but to "dramatically improve sanitation for all the cities in poor countries." In January 2015, he talked about how next-generation processors handle waste from 100,000 people, producing up to 86,000 liters of potable water a day and a net 250 kilowatts of electricity. Additionally, he expects the machines to burn most types of garbage. 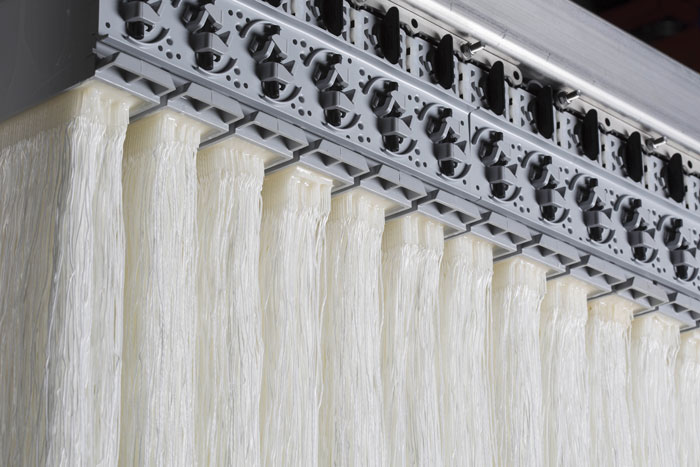 "One of the major challenges for the future of water is treating wastewater," says Glenn Vicevic, executive, product manager for water and process technologies at GE Power. "The future is about moving toward energy-neutral wastewater treatment so that municipalities can reduce their costs." GE's ZeeLung represents a solution for low-energy biological treatment that uses an innovative gas-transfer membrane to deliver oxygen directly to bacteria in the treatment process. Bacteria are supplied with oxygen at up to four times greater efficiency compared with conventional bubble aeration. Energy consumption is reduced, and nutrients and organic pollutants are removed—all in a footprint that is a fraction of what is required for conventional treatment. 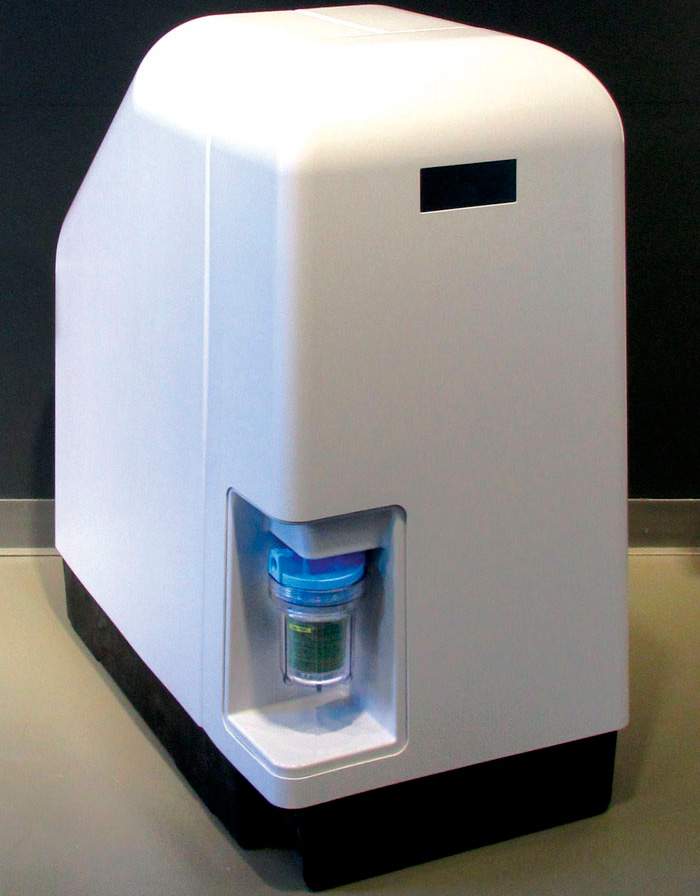 The SlingShot unit (Courtesy of The Coca-Cola Company)

Developed by Segway inventor Dean Kamen, the SlingShot is a vapor compression distiller designed to efficiently transform any water—from seawater to bacteria-laden surface water to river sludge—into potable water. A black box about the size of a small fridge, the SlingShot works by "boiling and re-liquefying water at precise temperatures," according to an article on howstuffworks.com. Once the dirt, grime, chemicals and microbes are filtered out, the machine then cools the water using a counter-flow heat exchanger. According to slingshotdoc.com, the device can produce roughly 250 gallons of distilled water daily without the need for chemicals or filters. This is enough water for a village of about 100 people. The SlingShot requires little electricity and can be powered by a generator or even cow dung. Kamen, in partnership with his company DEKA Research and The Coca-Cola Company, is testing the device in Ghana and Paraguay with the hope of having it mass-produced and distributed to villages across the globe. 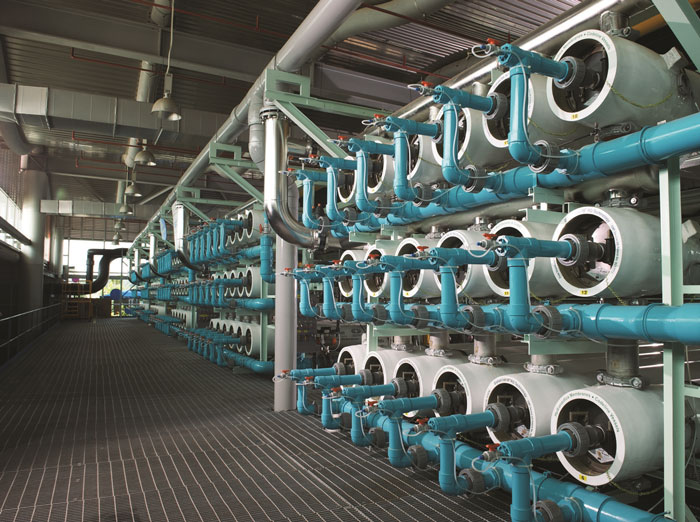 When it comes to creating a multipronged, highly efficient approach to supplying drinking water to a population, look no further than Singapore's national water agency, known as PUB (Public Utilities Board). PUB is aggressively tackling water challenges through a comprehensive approach that includes two separate systems, one to collect rainwater and the other to collect used water for treatment. A pillar of the country's water sustainability, NEWater is high-grade reclaimed water. It is produced from treated used water that is further purified using advanced membrane technologies and ultraviolet disinfection, meeting up to 30 percent of the nation's water needs—and plans are in place to expand NEWater capacity so it meets up to 55 percent of its future water demand by 2060. NEWater is used primarily for industrial and air-cooling purposes. A small percentage of NEWater is used to top up the country's reservoirs during dry periods, while some is blended with raw water before undergoing treatment at the waterworks. Singapore also has two desalination plants that can produce 100 million gallons of water a day, with a third facility to be completed in 2017 that will add up to another 30 million gallons of drinking water daily. 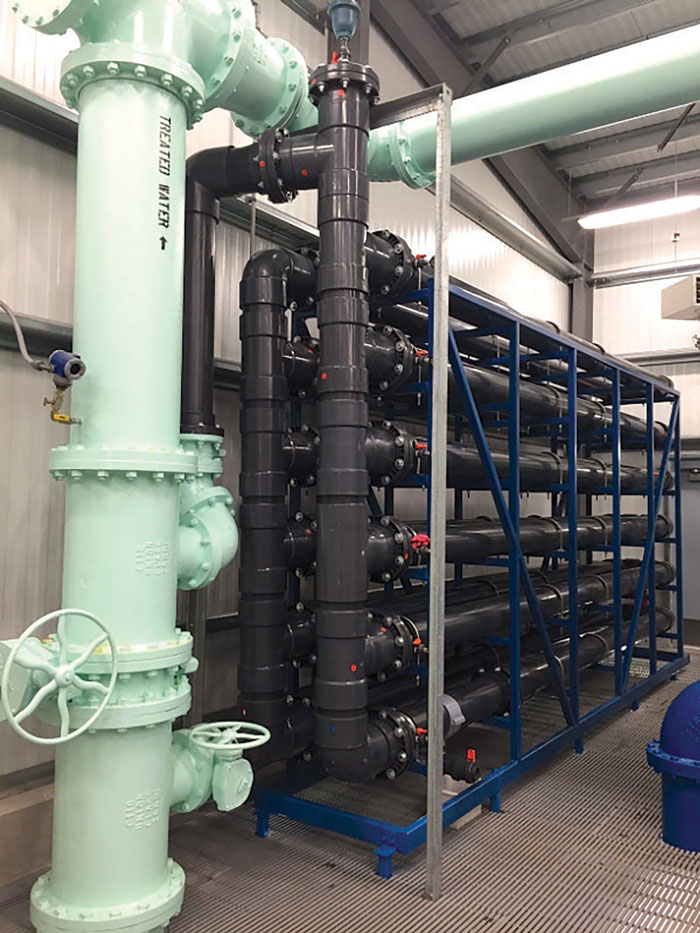 Triple Clear Water Solutions Inc.'s Seromix instantaneously removes at least 27 different metallic elements—including lead—to nearly undetectable levels. The technology can be used for municipal water supplies and industrial water treatment and remediation. "Removing metals from water is a critical step in treating both potable water and wastewater," said Eric Levin, CEO of Triple Clear Water Solutions Inc. "Until now, the only way to guarantee metal removal to legally mandated limits required expensive membrane or reverse osmosis systems." Seromix technology uses a standard oxidizer and a patented static mixing process to quickly coagulate and bind contaminants into large particulates, which can be filtered out easily. The method of removal is a simple oxidation-reduction process through which hazardous and potentially hazardous contaminants are chemically converted into non-hazardous, more stable and, in some cases, inert compounds. Traditional metal removal systems can waste up to 80 percent of the water they process, requiring massive amounts of energy. Seromix, on the other hand, wastes almost zero water in the process, has no moving parts and requires almost no maintenance. 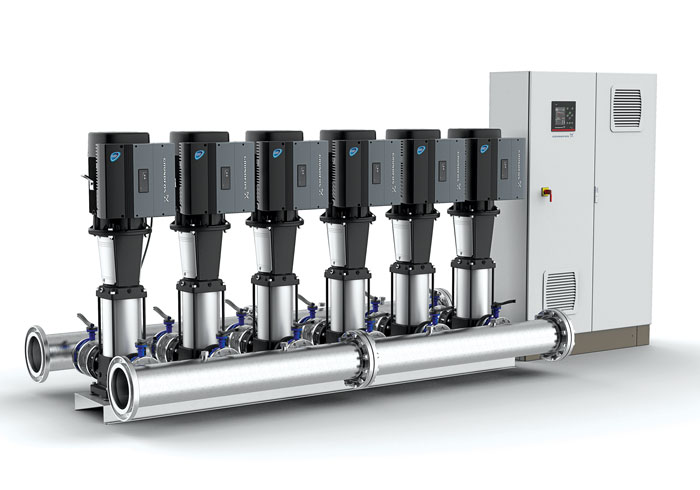 Water loss is a critical problem that advanced technologies are helping to solve. (Courtesy of Grundfos)

The problem of water leakage through the world's aging infrastructure is a serious challenge that is contributing to the global water crisis. In some cities, 30 to 40 percent of water is lost through leaks. In severe cases, municipalities have recorded water losses of up to 70 percent of water pumped. Pressure management is essential to effective leakage management. Through a process called demand-driven distribution, Grundfos' MPC Controller addresses the issue in two areas. First, it can considerably reduce surplus water pressure in pipes, and second, it lowers the risk of water hammer, which is a primary cause of new holes. This multi-pump solution operates at proportional pressure, which ensures flow is supplied precisely as needed and at the pressure required. The MPC Controller works with all types of pumps and communicates through a variety of fieldbus protocols. This technology is a pressure management solution that minimizes water loss, reduces energy consumption and minimizes operational costs for leaks and pipe maintenance. 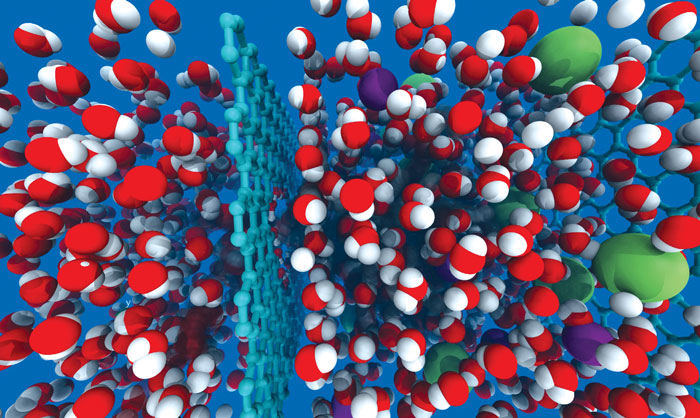 Because of the high costs and energy consumption of large-scale desalination processes, researchers at MIT are working tirelessly to research and develop new methods that will allow us to tap the potential of the sea. One solution that has "demonstrated strong results," according to an article on MIT News, is high-strength graphene filters that are only an atom thick. This technology is different from plastic filters that have traditionally been used in desal operations because it could use "15 percent less energy for seawater and up to 50 percent less energy for brackish water," according to MIT professor Jeffrey Grossman, as quoted in the article.

Another solution that could minimize prices and increase efficiencies is a filter-free process that harnesses the power of an electrically driven shockwave, according to a Digital Trends article. Known as shock electrodialysis, this process pushes brine and freshwater apart into two separate streams, while avoiding the problem of clogging that is often associated with filter-based methods. Researched and developed by a chemical engineering team at MIT, this system would require minimal infrastructure and would be relatively inexpensive compared with other methods. 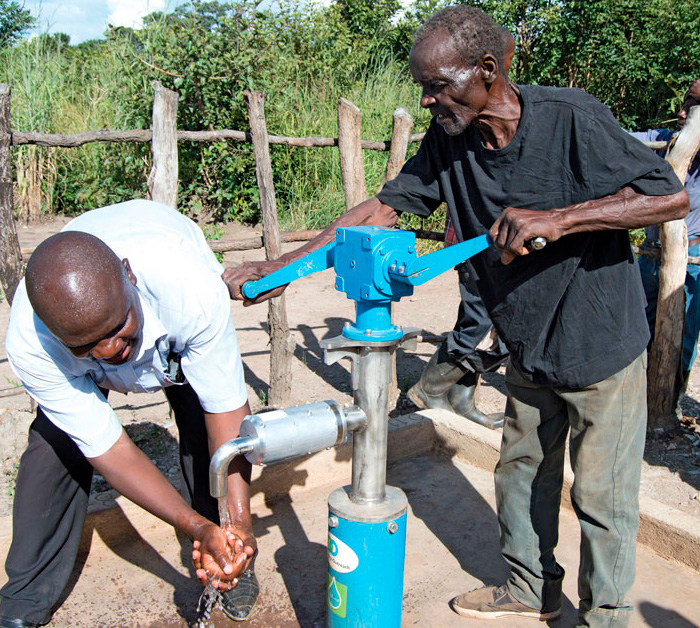 An elderly Zambian man pumps water from the LifePump. (Photo by Amelia Messamore)
Last year, the Pumps & Systems team traveled to Zambia and Malawi to report on how a new hand pump technology is changing remote African communities. The LifePump is a progressive cavity hand pump designed to reach depths of 325 feet—more than twice that of a typical hand pump. Engineered to be durable, robust and long-lasting, the LifePump is a new solution that is bringing clean water to thousands across Africa and now Haiti. Pumps & Systems partnered with humanitarian engineering nonprofit Design Outreach to raise $9,200 for the installation of a LifePump in a village in Malawi. The pump will serve about 300 to 400 people who will gain access to a clean, reliable source of water—some for the first time in their lives. For more information, visit pumpsandsystems.com/giftofcleanwater.