This is the first time the DOE has developed rules to determine the efficiency of pump systems.
by Thomas Lowery
by Jack Creamer
06/13/2016

After many years of study, analysis and discussion, the U.S. Department of Energy (DOE) has released new rulemaking that defines a pump system efficiency test procedure, 10 CFR Parts 429 and 431 – Energy Conservation Program: Test Procedure for Pumps.

Energy conservation has been a focus for both the private and public sectors for years, but this is the first time the DOE has developed rules to determine the efficiency of pump systems.

Pumps represent more than 50 percent of all potential energy savings of motor-driven loads. Furthermore, energy costs associated with pumping applications represent approximately 40 percent of the total cost of ownership for the life of that pump.

Because pumps are a major consumer of electric energy, the DOE pump system guidelines have been the topic of discussion for several years. This is the first time that the government has taken steps to address energy usage in the previously unregulated pump industry.

This rule does not include information on any action that the DOE will take against inefficient systems; however, it lays the groundwork for future rules detailing efficiency level requirements and subsequent penalties for noncompliance. Many pump users remember the process that the DOE and the Environmental Protection Agency (EPA) underwent to develop minimum efficiency standards for electric motors nearly a decade ago and the resultant laws governing minimum allowable motor energy use as detailed in 10 CFR Part 31 of the 2010 Energy Conservation Standard for small electric motors.

The process started with the Energy Policy Act of 1992, which required that certain types of motors sold in the U.S. after October 1997 meet or exceed minimum efficiency standards.

Efficiency guidelines continued to expand with the Energy Independence and Security Act, setting the minimum efficiency for motors above 1 horsepower (hp) (signed in December 2007), followed by the DOE Small Motor Rule that set minimum efficiency requirements for certain electric motors between 0.25 and 3 hp in 2015.

Pump system efficiency typically has been measured only when a system is operating at 100 percent capacity (speed, flow and head pressure).

This full load and speed point of operation, while important, did not represent where most installed pump systems ran for long periods of time. Even if throttle valves or other mechanical bypass means were used to vary system flow and pressure, the overall system rarely ran at 100 percent capacity.

This new efficiency test procedure requires that measurements be taken at different key load points, gauging the system's efficiency at varying loads to provide a more holistic understanding of the pump system's overall energy use.

This rulemaking will be applied to new pump systems and will not mandate any updates to installed pumps. The regulations underscore the importance of energy efficiency for all pumping systems across all industries—both to reduce environmental impact and to improve the bottom line.

Technologies designed to increase process efficiency and provide detailed information on energy use have been evolving. One such technology is modern variable frequency drives (VFDs), devices designed to electronically vary a motor's speed to match demand within a given process. VFDs have become an important contributor to overall pump system efficiency gains without sacrificing system performance. 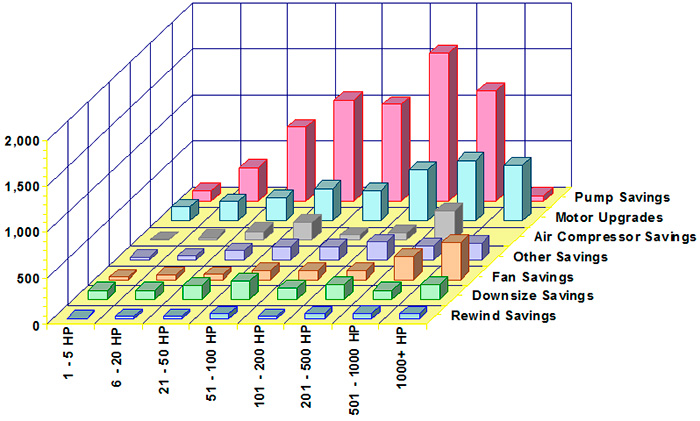 Figure 1. For energy savings opportunities on motor-driven loads, pumping applications account for slightly more than 50 percent of all savings. (Courtesy of Schneider Electric)

In addition to the motor control functions, VFDs can offer greater insight into the level of efficiency for their respective processes. With that knowledge, the process owner can make changes to run the system more efficiently.

Contributing to the Guidelines

As with the majority of federal guidelines, this rule was developed through years of study and with the input of independent industry groups. The Air-Conditioning, Heating and Refrigeration Institute (AHRI) is one group prominently referenced in the legislation. This rule comes on the heels of that organization's recently published VFD standard, AHRI Standard 1210 (IP) and 1211 (SI) Performance Rating of Variable Frequency Drives, which addresses system efficiency by focusing on the drives.

By adding a VFD, it is possible to reduce a pumping system's electrical consumption by at least 30 percent. However, it was difficult to understand which drives provide greater process efficiency.

The AHRI standard represented the first independent, nationally recognized performance standard in the industry for VFDs, allowing users and consulting engineers to better specify VFDs based on published performance data verified by credible third-party testing. To achieve the Standard 1210/1211 Certification, manufacturers must complete a detailed process, including independent testing of three VFD measurements:

The first of these three criteria seeks to reach the same goals as the new DOE testing method—measuring efficiency at different defined load points. This is a critical point because the DOE guideline states that "AHRI 1210–2011 specifies appropriate power supply tolerances so that both pump manufacturers and DOE enforcement testing can be confident with the establishment and verification of ratings of VFDs sold with pumps." This means that, when the DOE begins to require system efficiency verification, those with AHRI-certified VFDs in their systems will be able to reference the independently verified AHRI data from the certification process to show that their systems meet the DOE requirements.

The option available for those not using AHRI-certified systems is to test and verify compliance using the new method of test, which can be costly, time-consuming and cumbersome for multiple sizes and types of each component: the VFD, motor and pump.

With a variable frequency drive, pumping systems can also benefit from:

Thomas Lowery is the drives marketing operations manager for Schneider Electric's industry business. He has more than 25 years of experience in the application of variable speed electric drives.