The ABCs of ECDs

Learn the basics of eddy current drives
Sponsored by: Dynamatic

During this webinar, learn the:

Fill out the form on this page to watch a video playback of or download the presentation slides for this webinar. 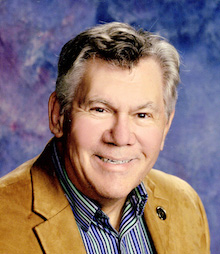 Gary Patterson is the municipal market manager for Dynamatic. Patterson holds a bachelor’s degree in electrical engineering from Michigan Technological University, where he pursued the power option, specializing in rotating equipment and electrical power generation, transmission and distribution. He began his career with a manufacturer of large motors, assigned as a factory application engineer, specializing in the firm’s line of eddy current variable speed drives and emerging variable frequency drive technology. He served later as a field sales engineer in Chicago and eventually assumed regional responsibility. He has worked in field sales as a region manager for a variable frequency drive manufacturer and has also been employed as a sales engineer with a manufacturer’s representative firm, responsible for a large variety of electrical and mechanical equipment. His current focus at Dynamatic/Drive Source International, Inc. is on pumping and similar applications in the industrial and municipal markets.