2014 State of the Industry: Expect Pump Industry Challenges to Be Overcome with Growth Opportunities in 2014

Some pump industry experts identified 2013 as a challenging year but still find reasons to be optimistic about growth opportunities in 2014. Federal and state funding issues continue to delay some projects and cancel others. However, this funding challenge is offset by an increase in smaller pumping project opportunities and has forced some companies to spend more on maintenance and repair. Meanwhile, the industry continues to keep an eye on how the weakening Euro could affect exports. With these challenges, innovations—such as remote monitoring, cloud technology, and predictive and preventive maintenance advancements—have become an industry focus.

Globalization and strategic acquisitions continue to provide growth opportunities for the pump industry. Positive changes in the energy supply will also provide more demand for pumps in the oil and gas market and also in other industrial sectors. Experts say to expect the U.S. Department of Energy (DOE) regulations on motors to continue to impact the industry.

Pumps & Systems will cover these and other industry trends throughout 2014. More expert insight from the members of our Editorial Advisory Board is included in this coverage. 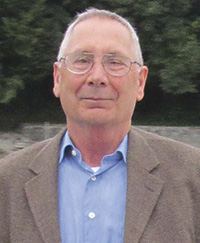 Thomas Angle P.E., MSc.
Vice President Engineering
HIDROSTAL AG
I have attended three different economic forums in Switzerland during the last few months. The consensus is uniform that 2014 will show a slight economic uptick in activity from 2013 but nothing significant. 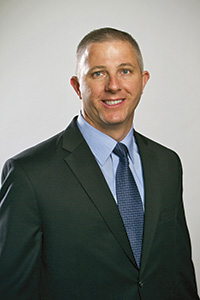 Kerry Baskins
VP/GM
Milton Roy Americas
In 2013, the global pump market rewarded those companies who were well positioned to capitalize on the demand created in the oil and gas industry and some targeted industrial expansion. Initial phase project activity was strong.

However, many in the global pump community experienced numerous delays in projects actually being awarded. Additionally, activity has increased with EPC firms and end users pursuing “one stop shop” relationships with distributors and pump manufacturers.

End users are rethinking traditional trading relationships as channels continue to consolidate. As end users look for increasing value from their suppliers, they will look for more comprehensive offerings of products and services from their local distributors and direct relationships with manufacturers. 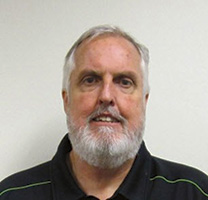 Jack Creamer
Market Segment Manager – Pumping Equipment
Square D by Schneider Electric
The pumping equipment sector continues to mature, with an ever-expanding systems approach in which the key is the evolution of wireless and cloud technology. Cloud technology is a perfect target for the pump market because of the remote locations of many of the end industries—such as oil and gas, water/wastewater, mining, and even the buildings sector. 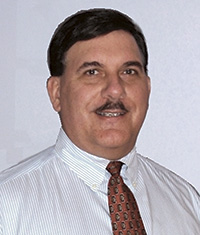 Bob Domkowski
Engineering Consultant / Training Manager / Amusement Market Manager
Xylem, Inc., Water Solutions USA – Flygt
2013 was a challenging year for the industry as headwinds in municipal funding combined with reductions in respective state revolving funds resulted in project delays and cancellations. We also continued to see a strong emphasis on maintenance, repair and operations spending as customers worked to keep systems operating in the face of delayed capital investment. Smaller project work has been steady, and we expect that trend to continue in 2014 as the housing market recovers and capacity utilization rates continue to rise. 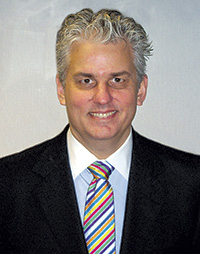 Dean Douglas
President
Pump Solutions Group (PSG)
This past year was another very good one for Dover’s Pump Solutions Group (PSG), concluding our 4th consecutive year of record sales and earnings. Additionally, we completed two critical acquisitions—Ebsray and Finder Pompe—that will increase PSG’s prominence within the global oil and gas markets. As we continue on this growth trajectory, we will remain steadfast in focusing on innovative technologies, talent management, growth (organic and through acquisitions), productivity, and globalization—all driven by our ability to successfully answer two critical questions: “How can we make our customers more successful?” and “How can we make our customers more profitable?” Ultimately, how we answer and deliver on these questions will determine our success now and into the future. 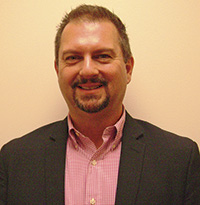 Walt Erndt
VP/GM, Crane Pumps & Systems
President, Submersible Wastewater Pump Association (SWPA)
Although the economy is still slow to recover, there is no question that the world’s municipal water users will continue to withdraw water from our environment. As was once shared with me at a young age, there is no new water—it is all recycled. The growing use of this recycled resource has allowed the wastewater industry to grow in 2013, even in a flat economy with reduced wastewater spending.

While water is still a low-cost resource, treating it is not. In 2014, more focus will be put on the inflow and infiltration issues that plague many municipalities. This will be a great opportunity for our industry to provide new equipment for the aging infrastructure. In 2013, our company replaced miles of failing gravity pipe in Pennsylvania with a new pressure sewer system. The new system removed more than 3,000 connections from the failed gravity system and replaced them with a newer technology that eliminated the infiltration issues. These infiltration issues were causing the community to unnecessarily treat thousands of gallons of clean storm water. We expect this type of gravity upgrade to continue in 2014.

Levels of capital expenditure on wastewater remain considerably below what they were in their peak, but the pump and system industry will continue to grow in 2014. Wastewater collection will not be ignored, and municipalities will require funding from the private sector to offset the deficit in public funding. Combined sewer overflow (CSO) correction will continue to be the hot topic for years to come, and infrastructure spending should grow by at least 5 percent to help fund CSO correction. The U.S. funding recovery is important for obvious reasons, but China will be the largest single water market before the end of this decade. 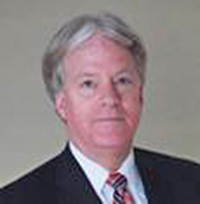 Bob Langton
Vice President, Industry Sales
Grundfos Pumps
The projected increase in sales activity for the second half of 2013 in the industrial market segment fell somewhat flat, with more modest growth than expected versus H1 2013 and for the same period last year. However, pockets of significant growth occurred in select geographic territories and certain sub-markets, just not enough to impact the broader results. We are projecting consistent industry sales growth throughout 2014. 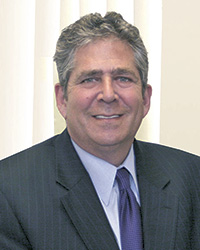 Larry Lewis
President
Vanton Pump & Equipment
Faced with the responsibility to safely handle aggressive and corrosive fluids or maintain the integrity of ultra-pure fluids, an organization cannot afford to delay or compromise on the purchase of pumps and the associated equipment that addresses those needs.

This is Vanton’s market sector, and as such, we are somewhat insulated from economic downturns experienced by more conventional pump manufacturers during the last few years.

In addition to the chemical process industry, the municipal marketplace for water and wastewater treatment and pollution abatement remains a significant segment of our business. The uncertain economic environment added considerable negative pressure in these areas in recent years. However, we began to experience signs of a bounce back during 2013. We are cautiously optimistic that this will carry forward into 2014. 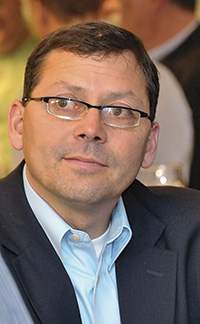 Todd Loudin
President/CEO North American Operations
Flowrox Inc.
I foresee 2014 as a slightly improved repeat of 2013. We will likely see either slight improvement from Europe’s recession and very modest increased growth in the U.S. China’s growth will continue but will be more focused on internal consumption rather than rapid export expansion. These three major economies will set the course for continued growth of many industries in 2014. Also, expect strong growth from other emerging markets.

Many of the other major industries—such as iron and steel, pulp and paper, cement, construction, food and beverage, pharmaceutical and municipal wastewater—will experience modest improvements. The chemical, petrochemical and oil shale industries will continue to be above-average performers in 2014. The oil shale revolution has the potential to formulate a strong rebound of North American manufacturing. The low-cost energy, highly productive workforce and high level of quality will help offset low-cost labor in developing countries. Unfortunately for North America, the economy is a slow-moving machine that takes time to gain inertia. Once it starts, we may see those industries with high energy demands return to the U.S. or Canada and create energy for their operations from low-cost natural gas.

One of the keys to the success of this potential prosperity within North America is that the energy producers continue to capture this energy in environmentally-sound ways. I believe 2015 and 2016 have the potential to be boom years for North America. It is estimated that a 250-year supply of shale gas is located in the U.S. alone. As production techniques improve, the yield of capture will improve to an even greater extent. 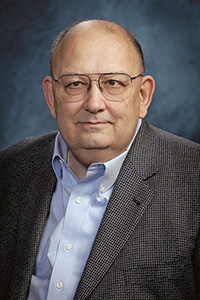 John Malinowski
Senior Product Manager, AC Motors
Baldor Electric Company,
A Member of the ABB Group
Pump users are demanding more robustness from their motors to increase productivity. More motors are being operated from adjustable speed drives as a normal condition. Energy efficiency continues to be a concern for users, particularly in countries where carbon is taxed.

With the U.S. DOE beginning to look at regulating the efficiency of pump systems, 2014 and beyond will be a challenging time for the industry to reach a consensus on methods to measure and then raise system efficiency in a manner acceptable to the DOE.

System efficiency will include pump design efficiency as well as best practices in pump sizing and installation. Motors, drives and process control may also be included in the system. 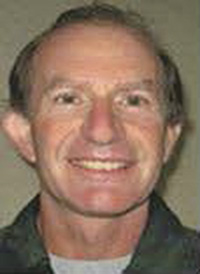 Henry Peck
President
Geiger Pump & Equipment Company
The changes in oil and gas supply in North America have provided a thriving business for industrial pumps in many markets—including exploration, pipelines, transportation, terminals, alternative power generation and process water management. This has offset the relatively weak demand for pumps at conventional power plants and the modest pump spending in CPI, mining and paper.

We are optimistic that those positive changes in our energy supply will bring a similarly broad and thriving demand for pumps in other industries. However, expect that to evolve more slowly. We also expect the pressing demands for pumps in our municipal markets to continue to recover despite the intense competition for funding from the public sector. 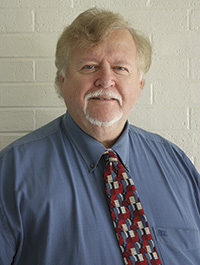 Mike Pemberton
Manager
ITT Performance Services
I expect strong growth in aftermarket sales with continuous process industrial facilities as they look to optimize their pumping systems for triple bottom line benefits through improvements in energy, reliability and profitability.
The market transformation that started during the last decade is well underway to transition traditional thinking from first costs to long-term life-cycle costs. 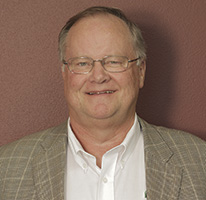 Jerry Turner
Founder & Senior Advisor
Pioneer Pump
We enjoyed an uptick in business in 2013 because of an increase in worldwide coverage for our products. We also saw improvement in key markets—including oil and gas, rental, and infrastructure projects. Mining still suffers because of a slowdown in coal and other metals influenced by reduced demand in Asia.

We expect continued strengthening in oil and gas, infrastructure projects and rental in 2014. As the arguments for the environmental soundness of hydraulic fracturing increase, we expect California to increase fracturing. Our expansion into global markets should continue to drive additional business. In conclusion, we expect a 15 to 20 percent growth. Obstacles to overcome in 2014 include uncertain government regulations, a lack of stability in some regions of the world and increased lead times for key components as the world economy improves.