Make sure your pumps are compliant with this new energy conservation standard.
by Reece Robinson
Grundfos
05/09/2019

A gradual evolution of U.S. efficiency standards for equipment over the last four decades has led to the pump rule going into effect next January.

In 2011, the Department of Energy (DOE) initiated efforts to develop energy conservation standards for pumps.

These efforts have resulted in an amendment to The Energy Policy and Conservation Act (EPCA) of 1975. Part C of Title III establishes the “Energy Conservation Program for Certain Industrial Equipment,” which now includes pumps. The effective date of this rule was March 28, 2016. Compliance with the new standards established for pumps in this final rule is required on and after Jan. 27, 2020. 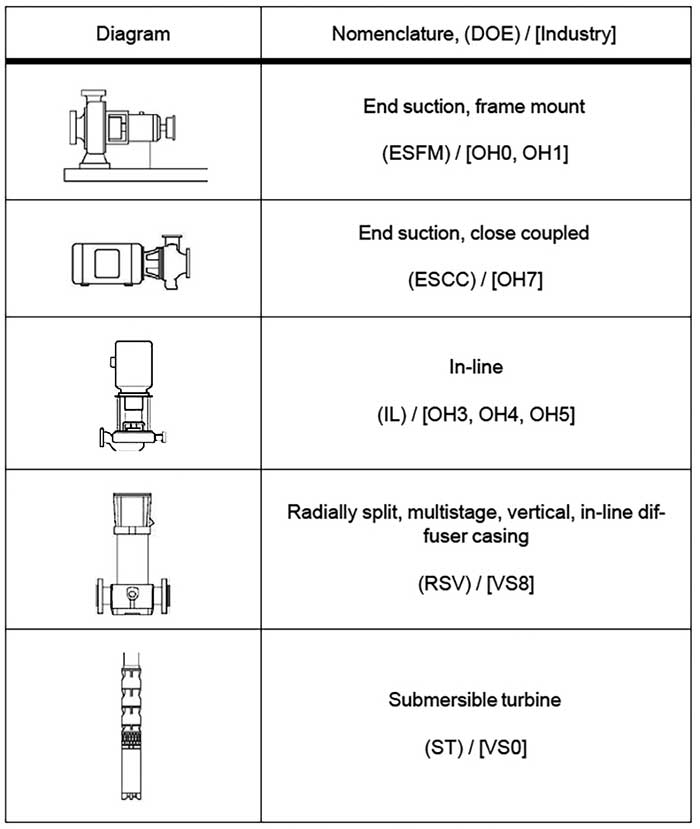 The performance range and capacities for these pumps are:

Excluded from the scope of the DOE requirements are fire pumps, self-priming pumps, prime-assist pumps, magnet driven pumps, nuclear controlled pumps and submersible turbine pumps above a 6-inch discharge. There will be a separate rulemaking for circulators and pool pumps. 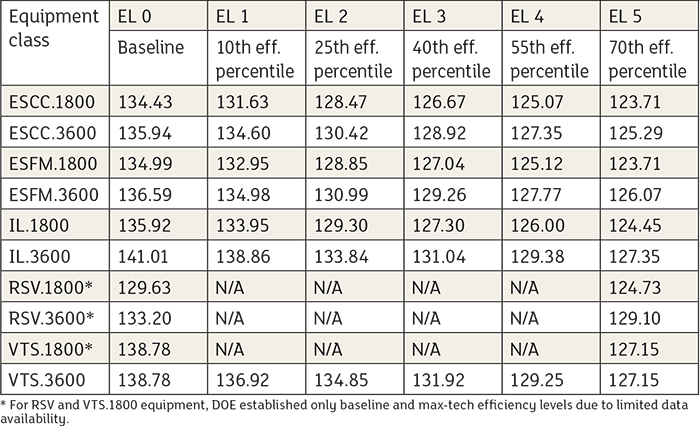 To establish baseline pump efficiency requirements, over more than 20 manufacturers submitted data on the five pump types, which resulted in more than 3,000 unique pumps. The pump data submitted was flow, head, power and efficiency. The DOE used this information to determine the baseline standards and life cycle cost (LCC) analysis.

A new metric has been established with this DOE rulemaking: the pump energy index (PEI). There are two types: PEICL (constant load) and PEIVL (variable load). PEICL applies to pumps sold without continuous or noncontinuous controls. PEIVL applies to pumps sold with either continuous or noncontinuous controls. Both PEICL and PEIVL describe the weighted average performance of the rated pump at specific load points, normalized with respect to the performance of a minimally compliant pump without controls. The performance of a minimally compliant pump without controls establishes the standard pump energy rating, PER or PERSTD. The PEI is simply a particular pumps energy rating divided by the baseline energy rating. The data gathered from the 3,000 pump samples resulted in what is called C-values (Image 2).

The baseline levels were taken at the 25th percentile (column EL 2). All pumps below the 25th percentile will not be in compliance with the standard. When calculating both PEICL and PEIVL, those values shown in column EL 2 are to be used for PERSTD. The PEI is the ratio of a pump’s energy rating divided by the energy rating of a minimally compliant pump (Equation 1). 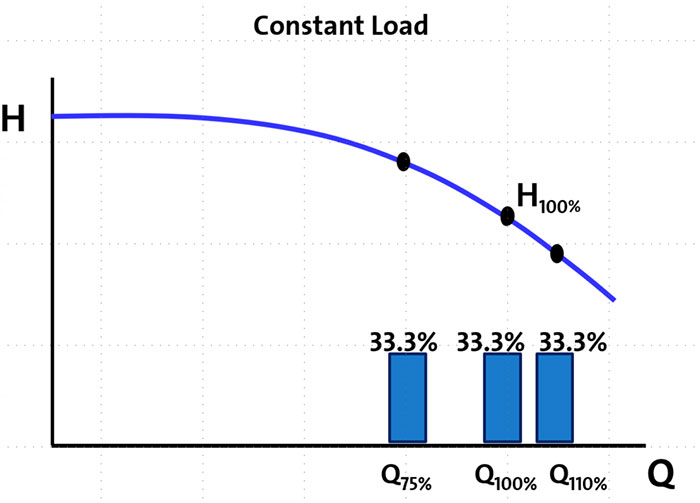 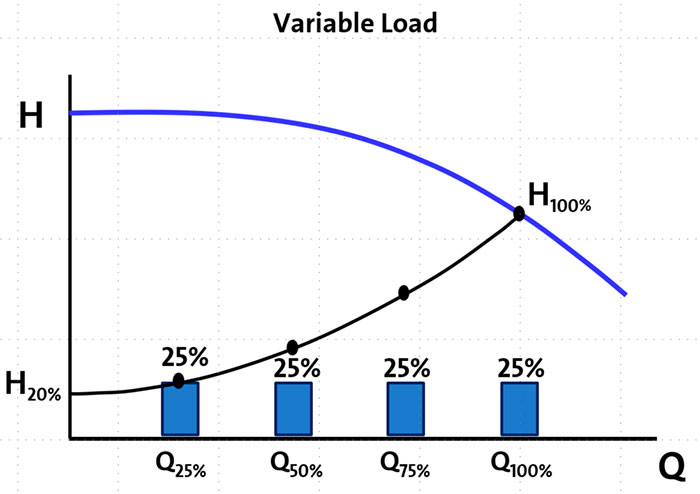 To establish energy ratings for each of the pump classes, a load profile was established for both the constant load and variable load energy indexes. Instead of just rating constant load pumps at their nominal or BEP, it was agreed that evaluating performance at flows slightly less than and slightly greater than BEP flow was more practical as constant speed pumps rarely operate at a fixed flow. Therefore, PERCL (pump energy rated constant load) is based on the pump’s performance at 75 percent, 100 percent and 110 percent of BEP flow. The PERVL (pump energy rated variable load) is based on pump performance at 25 percent, 50 percent, 75 percent and 100 percent of BEP flow.

Additionally, since the variable flow ratings are based on variable speed pumps, a reduction in pump head was agreed on to establish a control curve. The pump head at zero flow is set to 20 percent of the pump head at BEP flow. Both indexes, PEICL and PEIVL, use the constant load PERSTD as the baseline. Therefore, when variable speed pumps are considered, the PEI will be significantly lower for variable load pumps compared for the constant load pumps.

Under the HI Energy Rating Program, the use of the ER label will provide owners and end users a tool to predict power savings obtained from pump system upgrades. Savings are calculated over the baseline established by the DOE.

Public utilities and power companies can use the ER label for incentive programs and rebates. Manufacturers can use the ER label to differentiate products by power consumption as the ER represents the percent power savings over the base case. Proper sizing and selection of pumps is vital to achieving the most efficient pumping system, but is outside the scope of the ER program.

The energy rating as outlined in the ER program should only be used when comparing pumps of the same class that have been properly sized for the application. The energy rating shown on the label can be used to estimate the power savings over a minimally compliant pump.

For information on using energy labels to estimate power savings, as well as all other ER program details, refer to the following document from HI: HI 40.5-2016—Hydraulic Institute Program Guideline for HI Energy Rating Program.

HI created a website to support the Energy Rating Program; for more information, visit er.pumps.org/ratings home. The site has portals for manufacturers to create ER labels and certificates as well as a database to search pumps by ER requirements or by model number and/or manufacturer.

Reece Robinson is Grundfos’ building services technical content manager. He has been with Grundfos since 1997 and has held positions in product engineering, product management and technical training. Robinson received a bachelor’s in mechanical engineering from California State University, Fresno. For more information, visit www.grundfos.com.