With more than 20 years of experience in the oil and gas industry, Lukoil, a Russian oil and gas business, aspired to expand its oil and gas fields. For the expansion, Lukoil selected the Bolshekhetskaya depression in West Siberia, where large deposits of ceromanian gas lay.

Developing and constructing a compressor station to connect the fields would increase the total capacity of the pipeline. The compressor design had to produce a high discharge pressure. In addition to the pressure gain required to compensate for the piping frictional losses, the discharge pressure of the compressor also supports a refrigeration process applied to the gas at the plant outlet.

Lukoil partnered with Sumy Frunze, an oil and gas equipment manufacturer, to develop centrifugal compressors that could withstand the frigid Siberian conditions. The compressors would allow the station to pump 12 billion cubic meters of gas per year to another station, furthering the central gas pipeline of Russia. Providing such high compressor discharge pressures with reasonable drive power requires compressors with high efficiency. 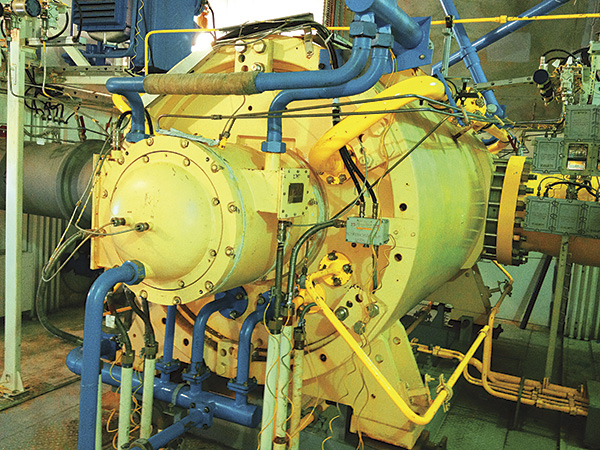 The high efficiency was achieved with a compressor rotor shaft with a high slenderness ratio. This high slenderness ratio allows high efficiencies but results in a flexible compressor rotor shaft. The Lukoil compressors have the most flexible rotors ever equipped with magnetic bearings. The processing power and advanced control algorithms provided by the bearing manufacturer’s electronic controller were required to make these machines a success.

After installation, the technology performed successfully. Within the centrifugal compressor, the magnetic bearing technology provided savings in energy, ecology and the total cost of ownership for Lukoil.

The active magnetic bearing (AMB) system has an expected life of 25 years. The primary advantage for the end user throughout this time period is lower maintenance and operating costs and improved reliability compared to fluid film bearing solutions.

The compressors equipped with the magnetic bearing technology allowed Lukoil to continue with its nine-year development strategy, which started in 2005. Prior to this installation, Sumy Frunze had used AMB systems from other manufacturers. This equipment included analog components within the controller tuning circuitry. The bearing manufacturer supplied its digital controller, which eliminated the physical act of connecting and disconnecting analog electronic components with its standard digital technology that is adjusted and calibrated by quickly changing software parameters. 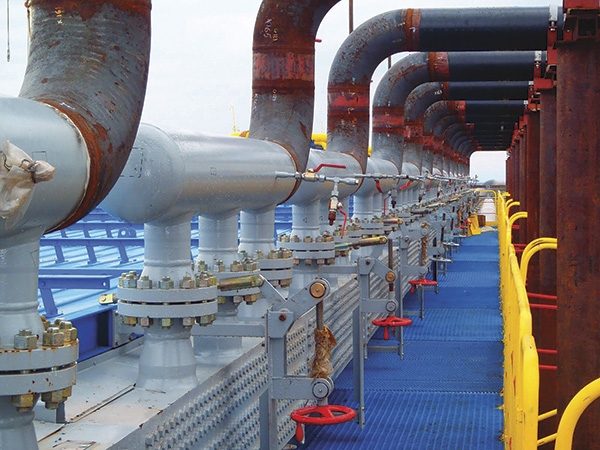 Compressor building at the Lukoil Nahodkaskaya site in Western Siberia

The Lukoil site is located in western Siberia and is isolated from all public utilities. All electric power must be generated on site, and losing all power is not unusual. During these outages, conventional equipment, such as lube oil skids, required for fluid film bearings will drop well below operable temperatures.

The time required to heat this equipment and the oil reservoirs back to operable temperatures can be four hours or more. This downtime risk was completely eliminated by using magnetic bearings for the compressors. The magnetic bearings can be re-activated within minutes after site power outages. This greatly increases the availability of the compressors. Following the 2013 installation, gas production and the total production of hydrocarbons were on track to increase by 42 billion cubic meters and 25 percent, respectively, by 2014. It is now possible for 12 billion cubic meters of gas to be transported from the newly constructed compressor station to the main station and ultimately to the central gas pipeline in Russia.

Richard Shultz is the chief engineer for bearing systems at Waukesha Magnetic Bearings with 20 years of industrial experience designing magnetic bearing systems and auxiliary bearing systems. He received his rotordynamic and control system education at Texas A&M University, and there, he co-invented the TAMSeal damping seal with Dr. John Vance. Shultz can be reached at rshultz@waukbearing.com.