Manufacturers in a wide range of process industries from petrochemical to oil and gas distribution, power generation and water utilities, are adopting new maintenance techniques to improve their bottom lines. These new strategies, built around tracking the conditions of equipment in real time, are helping asset owners boost reliability, availability and throughput while better managing costs, safety considerations and regulatory compliance throughout an asset’s life.

Some of the most dramatic benefits are realized by companies adopting predictive maintenance strategies, in which service providers can track asset health by collecting multiple data sets, including real-time and historical sensor data. Service providers analyze the data by looking at rates of change or comparing values to moving averages or norms. They create algorithms from the data collected on assets and predict the future health of equipment based on comparisons to similar pieces of equipment. 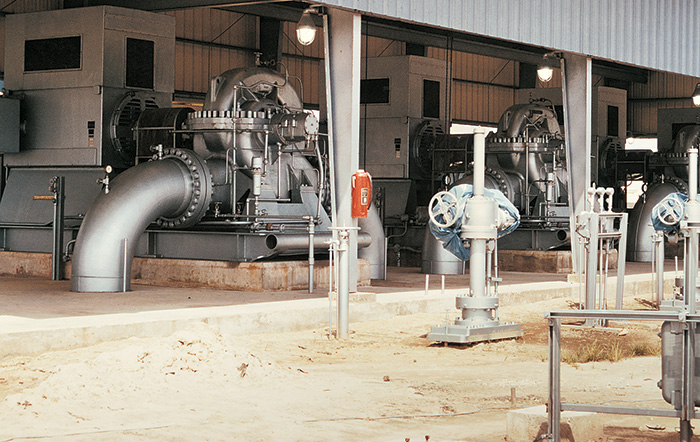 An example of how this process works involves an original equipment manufacturer’s (OEM) engineering team with a petrochemical customer facing a persistent asset reliability problem. The company discovered that over time, pumps in its pipeline were prematurely wearing out. This problem was particularly challenging because it would only occur at certain times of the year and could be impacted by a wide range of factors including the amount of shade or cloud cover on the pump.

It appeared to be a unique problem. At different times of the year when the ambient temperature in the pipeline exceeded a certain threshold, it would cause the liquid product to gasify, which would starve the pump. Shutting down the pump and stopping production was the only solution.

The customer initially tried to identify the problem by periodically monitoring the pipeline and pump, but it could not identify the cause. Eventually the client asked the OEM’s engineers to set up a diagnostic system. “Part of the problem was these events weren’t occurring on a 24/7 basis,” a representative of the OEM said. “So it required ongoing monitoring and a review of historical data as well to review what else was going on at the same time so we could attempt to replay the incident.”

The project began with the OEM’s engineers setting up sensors to collect raw vibration and temperature data on the pump in question. Once the real-time data was collected and stored with existing historical data, the engineers began using their analytical tools via the company’s data/information aggregation system. The system is optimized to visualize key performance indicators in pumps and other rotating equipment.

“By giving our customers access to both historical and near-real-time data, they can see it actively and historically,” the service provider representative explained. “That allows us to see what were the trending conditions leading up to a failure and then leverage that historical data to provide predictive analytics going forward.”

The goal was to identify trends that could help identify what was reducing productivity and creating costly equipment shutdowns.

The team could not solve the problem with only sensor data and analytic tools, so it relied on a partnership between the OEM service provider and its personnel with knowledge of rotating equipment and the client’s process knowledge experts. Oftentimes, the service provider team asked individual pump engineers to use their extensive experience to review the data and identify when the pump was not operating at peak efficiency.

Another key part of the solution was the data infrastructure’s notifications tool. Once an asset reached a preset threshold, the system automatically alerted the OEM’s service providers and its customer. “We want to move beyond just saying something failed; we want to prevent it from happening again,” the OEM’s representative said.

Three months later the team identified the problem. As the engineers began to collect the overall data to drill down into the details, they paired up with the customer to determine what else was going on concurrently in the process. Once the team identified the root cause, the group developed an algorithm to identify failure conditions, allowing preventive actions before these hydraulic conditions begin to damage the pump.

“Basically it gives them the ability to see when they start forming this vapor in the process, vent the gas to minimize that and still maintain throughput of the liquid without damaging the equipment,” the OEM service provider representative said.

From the customer’s perspective, the company not only resolved the problem, but also gained improved throughput and required a lower maintenance budget.

However, the data collection process can be improved by using “event frames” to associate more information with each alert.

With event frames, the customer can learn more context when an alert occurs, such as what process was running, what particular operator was using the equipment, or what backup is running. That additional context will help customers solve problems faster.

“Customers are asking for it because it saves so much money,” the representative said. “Instead of having a catastrophic failure and have to replace, say, 16 components in a piece of equipment, you only have to replace two. Your downtime is less, you can plan maintenance ahead of time, and you don’t have unplanned production shutdowns. It’s definitely the key to future maintenance practices.”

Enrique Herrera is market principal for connected services and new markets at OSIsoft, the developer of the PI System based in San Leandro, California. Previously, Herrera served as a senior business strategy architect on the Microsoft Enterprise Consulting Services team.

Greg Herr is a general manager for Flowserve in Bethlehem, Pennsylvania, responsible for driving monitoring and reliability service for the global solutions group. During his 19-year tenure at Flowserve, he has served in managerial and engineering positions related to Flowserve’s pump product line.