Concerns regarding the amount of energy that is consumed—and potentially wasted—by industrial facilities in the U.S. officially reached the highest levels of the federal government in August 2012, when President Barack Obama signed an executive order titled “Accelerating Investment in Industrial Energy Efficiency.” The executive order stated that the industrial sector accounts for more than 30 percent of all energy consumed in the U.S. It explains how increased industrial energy efficiency can provide benefits to manufacturers, utilities and consumers, while simultaneously improving the nation’s energy system, American manufacturing competitiveness and job creation.
The executive order acknowledges what the operators and managers of industrial manufacturing facilities have known for more than a decade: the modern-day definition of a successful industrial manufacturing operation does not only satisfactorily meet production quotas. As utility costs steadily rise and increasing environmental consciousness has become a priority, a successful industrial operation is one that delivers the required production rates in the most cost- and energy-efficient way and in an environmentally friendly manner.

Pumps, which are the second-most widely used machines in the world, play a critical role in worldwide industrial operations and many different industries—from chemical production and mining to water/wastewater treatment and hygienic applications. According to the U.S. Department of Energy’s Office of Energy Efficiency and Renewable Energy, pumping systems account for between 27 and 33 percent of the total electricity used and consumed in the industrial sector.

Recognizing the importance of pumping systems in industrial applications, The Hydraulic Institute has commissioned the writing of Optimizing Pumping Systems: A Guide for Improved Energy Efficiency, Reliability & Profitability, which provides instruction on how facility operators can recognize inefficient energy usage in their operations and the steps they can take to remove these inefficiencies. Facility operators must be fully aware that the initial purchase and installation cost of a new pumping system is generally only a small part of the total cost of ownership. During the 15 to 20 years that a typical pumping system is in operation, the routine costs of energy, maintenance and other recurring expenses are the primary components of total lifetime cost. Therefore, maximizing efficiency when designing and operating a pumping system is in the best interest of the facility, its customers and the environment.

Pump manufacturers realize the their products’ importance in the industry and have worked to design and develop pumping equipment that satisfies the increased need for energy efficiency and reduced operating costs. This article illustrates how a new air distribution technology can help minimize air consumption and improve the overall efficiency of reciprocating positive displacement air-operated double-diaphragm (AODD) pump technology that is used in many of the world’s industrial, liquid-handling applications. 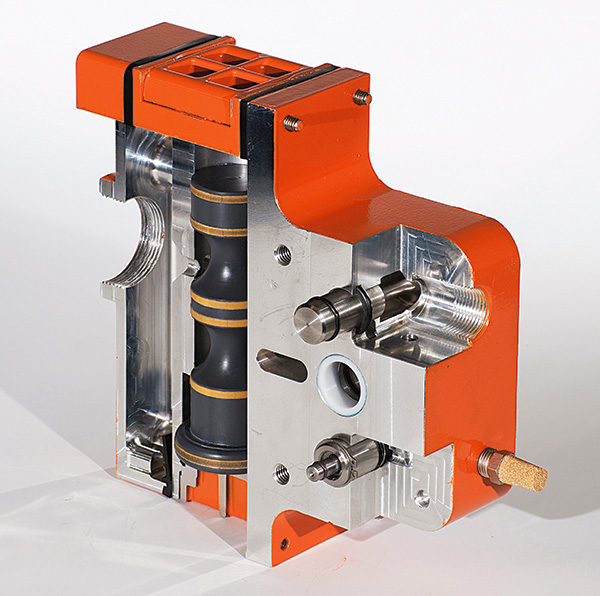 The new ADS allows specific AODD pumps to achieve up to a 60 percent savings in air consumption when compared to other AODD pump technologies while providing more product yield per standard cubic foot per minute.

The Challenge
Invented in 1955, AODD pumps were specifically designed for use in utilitarian liquid-handling and transfer operations. During the next six decades, AODD pump technology has gained a well-earned reputation for outperforming other positive displacement pump styles—such as lobe, gear and progressive cavity—in the demanding liquid-transfer applications. That is because the design characteristics of AODD pumps enable them to meet most flow requirements and require little maintenance while also having the ability to:

While the operation of an AODD pump has basically remained constant for the past 60 years, improvements have been made in the pump’s air distribution system (ADS) that address its rate of air consumption in relation to the product flow rate and how much air can be wasted during the pumping cycle, with that wasted air resulting in an added cost for the end user. While these savings are important for end users, they are actually modest when compared to the total volume of air used for these pumps.

An opportunity remains for more significant savings. During the time period from the end of each stroke to the completed shift of the valve, the air is allowed to “overfill” the air chamber without any corresponding displacement of fluid. The rate of this “overfilling,” which is defined as wasted compressed air, can be more adequately controlled. Attempts at improving the ADS in order to eliminate overfilling have included the incorporation of a control dial that “sets” the pump’s operation at a point that optimizes both air consumption and flow rate. However, these control dials need to be manually adjusted by the end user after identifying the point in which air usage and flow rate are both at their most efficient, which can be time-consuming and place an undue burden on the end user.

Recently, a new generation of ADS has attempted to eliminate this overfilling. This technology aims to prevent overfilling by cutting off the air supply to the air chamber before the end of the pump stroke. This approach has two shortcomings, however. First, this ADS technology is electronically monitored and controlled rather than mechanically actuated, which raises an entirely different set of energy usage, maintenance and operational concerns. Second, this electronic ADS requires time to “learn,” meaning that every time the pump is turned on, the electronic system needs a “learning period” of 30 to 40 seconds. During this time, the system must monitor the pump’s operation before it can estimate when to turn off the air supply prior to the end of the stroke. This can result in erratic and inconsistent flow rates for up to 40 seconds and a corresponding waste of air—a drawback that is compounded in dosing operations that feature constant on-off cycles.

While AODD pump operation has significantly improved in terms of air consumption—in large part because of the invention of the signaled ADS—pressure-trace tests show that air continues to be wasted because of overfilling, and the potential for additional energy savings exists. 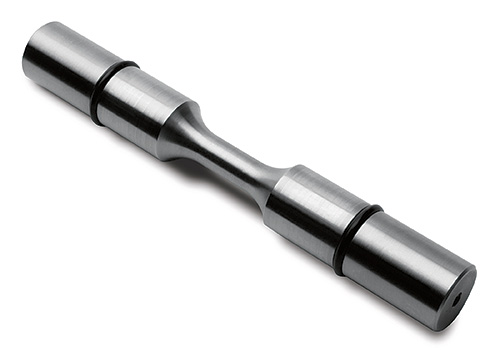 The air spool, located within the ADS, automatically meters the air to prevent overfilling the air chamber, resulting in significant energy savings.

The Solution
A new ADS overcomes many of the common weaknesses of AODD pumps and the major shortcoming in traditional ADS operation—the time delay that the traditional ADS experiences when sending an air signal from one air chamber to the other air chamber, which leads to overfilling. The excess air is immediately wasted when it is vented into the atmosphere.

To combat this overfilling, the new ADS restricts the air flow into the air chamber near the end of each pump stroke so that only enough air is introduced to keep the pumping process going. This is accomplished through the incorporation of an air control spool that automatically meters the air to prevent overfilling with no reduction of product yield. The result is reduced air consumption while maintaining maximum operational efficiency and flow rates.

This mode of operation eliminates the need for the operator to manually adjust the pump for efficiency because the ADS corrects it automatically. This creates a new efficiency point in AODD pump operation highlighted by improved energy use with no loss of flow rate. Additional benefits of the new ADS include: 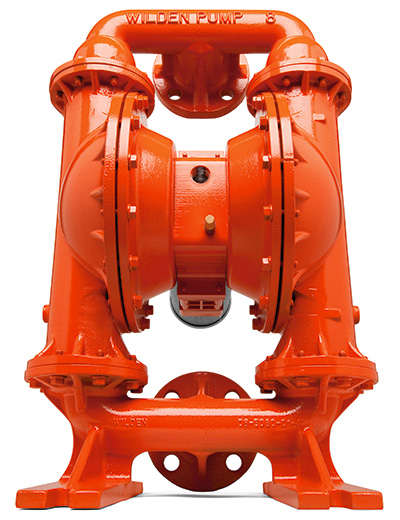 Conclusion
Some industrial manufacturing plants may have  300 AODD pumps in operation at one time. While the incremental cost of wasted air per pump may not be impressive, the overall cost to the plant can be substantial. That is why using the most energy-efficient pumping equipment will optimize production rates and help improve a plant’s bottom line and environmental stewardship. The new ADS technology is an attractive choice in many process operations—including paint and coatings, mining, chemical, water/wastewater and hygienic applications. P&S