Manufacturers and end users should consider how this standard will affect their business.
by Gobind Khiani
04/22/2015

Many industries are interested in reducing fugitive emissions. Several standards and end user efforts work toward this goal:

Because valve emissions are a major concern in the U.S., API created a document called “API 624 Type Testing of Rising Stem Valves Equipped with Graphite Packing for Fugitive Emissions.” The API 624 Task Force worked for more than two years to incorporate members’ views and regulator and manufacturer requirements.

The standard applies to rising and rising-rotating stem valves—including gate and globe valves—up to 24 inches in diameter.

The standard does not apply to class 1500# valves, because methane gas volumes could be difficult to handle during testing.

The test medium is methane. ISO has a similar test often used in Europe that uses helium as a test medium. Because methane is easily available in North America and the gases have similar properties, manufacturers and the committee preferred methane to helium. 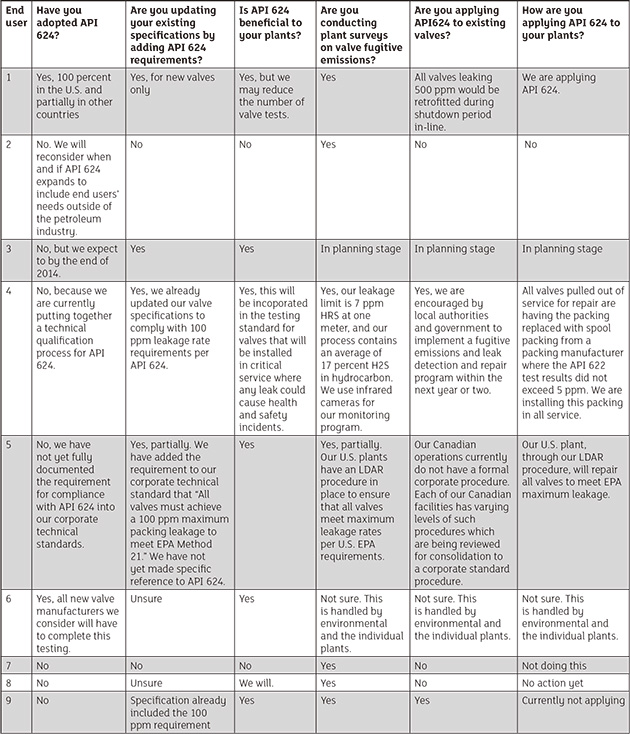 Table 1. Results of an anonymous survey of end users concerning their adoption of API 624 (Courtesy of FLUOR CANADA, LTD.)

The temperature application range is from -29 to 538 C. The last 10 cycles are user defined and can be as low as -45 C. Because the test method determines the integrity of leakage requirements, this was adapted as the standard temperature for testing.
Gland bolts may not be tightened during testing. Once the valve is on the test bench, no further modifications are allowed.

The valve stem test orientation is vertical. Because gate and globe valves are large and heavy, the vertical orientation allows users to obtain the best test results. To comply with API 624, several valves must be tested. Similar industry principles applied to test valves qualify valves that are two nominal sizes smaller, one size larger and one pressure class lower.

Allowable leakage is 100 parts per million. This standard was chosen based on Environmental Protection Agency (EPA) regulations.

Test valves should be production valves not specially manufactured test valves. This was required to determine that valves manufactured by standard production meet and exceed the test requirement/s.

Since API 624 was released, testing companies have been preparing for an increase in the number and size of test valves. New test houses are also coming online.

Leak screening should be completed on accessible components using a portable organic vapor analyzer in accordance with EPA Method 21 or by using alternate methods that provide an equivalent result. In some cases, Method 21 has been considered too slow and labor intensive, especially in small facilities. For these reasons, other methods may be used.

The industry should carefully monitor the implementation of API 624. Users should validate claims from valve manufacturers by requesting to view test results. Reputable test shops have noted:

An experienced testing company can provide guidelines to manufacturers about use of packing, valves, greases and testing requirements. Table 1 shows the results of an anonymous survey of end users concerning their adoption of API 624.

Gobind Khiani is a professional engineer with FLUOR CANADA LTD. He has been in the energy and power business for more than 18 years and has worked in three countries (the U.K., United Arab Emirates and Canada) with more than 10 years in the Western Canadian oil and gas industry based in Calgary, Alberta. He is a registered professional engineer in the provinces of Alberta and Saskatchewan. Khiani can be reached at gobindkhiani@gmail.com.