Water Mission and a pump and solutions manufacturer are building a partnership that provides safe drinking water to the developing world.
by Joel Jackson
Grundfos
05/13/2020

Everyone depends on clean water. In most developed countries, we expect water to run before we fill our empty glass, clean our dirty clothes or flush the toilet.

Safe water and sanitation are basic needs. Yet, many people—2.1 billion of them—do not have access.

In 2001, Water Mission, an engineering nonprofit, set out to tackle this humanitarian crisis. By heavily investing upfront in engineering, technology, construction quality, and operational and financial management training, the organization provides effective and sustainable safe water, sanitation and hygiene solutions in developing countries and disaster areas.

Students in Freeport, Bahamas, gather safe drinking water. To date, Water Mission has served more than 1 million gallons of safe, clean water to people who would not have access. 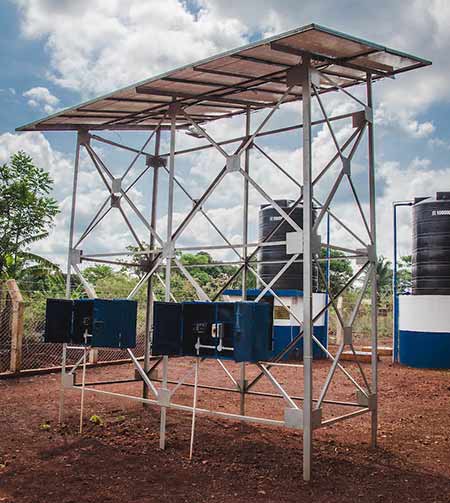 A solar-powered water system aims to bring safe, clean water to people in Zeze, a host community for the Nyarugusu refugee camp.

When a partnership between Water Mission and a pump and solutions manufacturer began in 2008, the first solar well pump was self-implemented in the rural village of Gorman, Haiti, and it is still pumping to this day. The solar-powered pump system is a dependable water supply solution in remote areas where water is scarce and power supply is nonexistent or unreliable. Since this first installation, Water Mission has put in place more than 1,400 pumping solutions around the world.

A submersible pump in a pre-treatment settlement tank provides safe, clean water for the refugee camp in Nyarugusu, Tanzania.

“Solar pumping solutions have had a lasting impact on refugees and internally displaced people (IDP),” said Rogers Hook, Water Mission strategic partnerships director. “In Northern Uganda alone, Water Mission has installed nearly 30 solar-powered pump systems serving approximately 300,000 people in refugee and IDP settings. As demand for safe water has increased over the past few years, many of the systems have been upgraded to larger pumping solutions utilizing submersible pumps and renewable solar inverters.”

In many rural areas, solar energy is a cost-effective, sustainable solution for pumping and supplying water. Nongovernmental Organizations (NGOs) have found that, in most cases, solar is cheaper than diesel from the start of a project. Diesel generators can have downsides, like requiring frequent overhauls. But relief organizations have typically been slow in adopting solar energy because of an absence in awareness and technical expertise.

Millions of women and children in developing countries walk an average 3.7 miles every day to find and collect water. Water Mission created Walk for Water fundraising events. Participants who donate to Water Mission walk with an empty bucket for half of the walk, then fill their bucket with water. At the end, each participant empties their water-filled bucket in a pool. The water is fed through a submersible pump to Water Mission’s Living Water Treatment System where the water is filtered.

A woman purchases water from the AQTap water dispenser in Dar Es Salaam, Tanzania. Communities pay for the water, which saves money for maintenance and system expansion.

The pump and solutions manufacturer partnered with Water Mission is its longest-standing regional walk partner. The company’s walks started in 2012 in the Midwest and have expanded to other regions of the United States and Canada, South Africa and United Arab Emirates. Employees in Denmark held their first walk in 2019. In the U.S. and Canada, company walks raised approximately $156,000 last year. These contributions have helped support projects in Uganda, Indonesia, Kenya, Haiti, Malawi, Tanzania and beyond.

In 2015, more than 112,000 refugees fled from Burundi amid political unrest and crossed the border into Western Tanzania. Many Burundians were sent to the Nyarugusu refugee camp in Tanzania’s Kigoma Region to join 80,000 refugees from the Democratic Republic of the Congo (DRC) who had lived in Nyarugusu for over 20 years. Since then, Nyarugusu has almost doubled in size and is now home to over 153,000 Congolese and Burundian refugees.

“UNHCR (United Nations High Commissioner for Refugees) with permission of the Tanzanian government began putting refugees in the camp in open land. It’s a large open space but there was no infrastructure where they put up the tents. People said that we couldn’t treat the water and make it clear, but we’ve shown them that it can be done,” said Will Furlong, Water Mission regional director Tanzania. 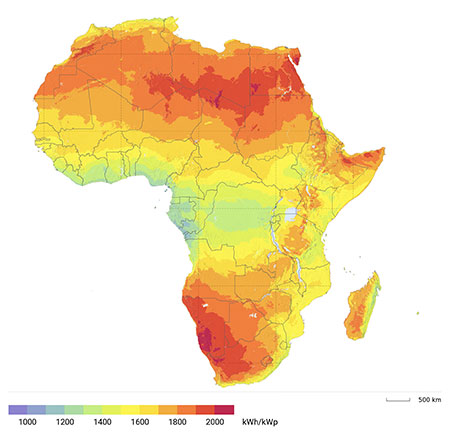 Because Water Mission stresses long-term sustainability, refugees are hired to help Water Mission with construction of the project.

To run the plant, some are trained as station operators, security guards and cleaners. Using available skills inside the camp, the organization hires refugee masons. Skilled workers such as welders are brought in from local Tanzanian host communities. Upon completion, the water was clear, disinfected and safe to drink.

The community pays for water, which saves money for maintenance and system expansion. From these efforts, approximately 160,000 refugees in Nyarugusu have access to safe water.

More than 20 safe water projects have been implemented by Water Mission Tanzania since 2014. The organization’s project performance and supporting data have influenced practices by other NGOs.

In times of disaster, Water Mission mobilizes safe water solutions. The organization was one of the first to reach affected communities after Category 5 Hurricane Dorian tore through The Bahamas on Sept. 1, 2019. One of the most affected areas was the Abaco Islands, which has since been served more than 600,000 gallons of safe water. Approximately 300 pressure boosting pumps were distributed on Great Abaco Island so residents could pump water back into cisterns and have safe drinking water pumped to their houses.

Since Water Mission was founded nearly 20 years ago, the organization has provided more than 4 million people with safe drinking water.

Joel Jackson is a content specialist at Grundfos. He works to further the company’s goal of solving water and climate challenges to improve the quality of life for people globally. For more information, visit www.grundfos.com.