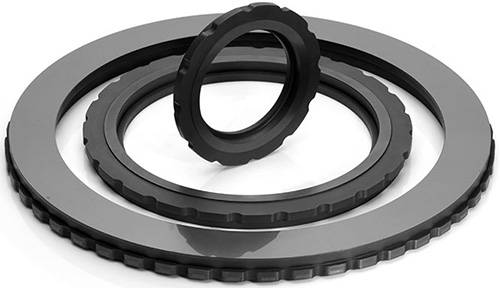 IMAGE 1: Carbon/graphite seal faces are highly engineered components of a mechanical seal and the material selection for these parts is critical. (Images courtesy of Metallized Carbon Corporation)

In these instances, seal face material selection is critical. Over many decades, carbon/graphite material grades have been developed to withstand some of the harshest dry running conditions, including high speeds and high temperatures. This article delves into some of the science behind the development of these carbon/graphite grades and the considerations that must be taken into account when selecting seal face materials for dry running applications.

Graphite grains have a layered structure comprised of strong graphene layers stacked on top of each other, bonded by weak van der Waals forces between the layers. These layers slide over each other when rubbing occurs. This sliding action is the basis of carbon/graphite’s self-lubricating ability.

On a macroscopic scale, this action results in a burnished film being deposited on the mating surface against which the carbon/graphite runs. Thus, the carbon/graphite is able to effectively fill in the surface roughness of the counter face and run against a graphite film as opposed to the counter face itself. This is critical in dry running conditions, where there is no fluid lubrication to mitigate the harmful effects of friction.

Graphite grains are the key to carbon/graphite’s self-lubricating ability. Thus, by increasing the graphite content in a seal face, its dry running abilities can be augmented. Carbon/graphite manufacturers are able to do this using a process called graphitization. During this process, carbon graphite is heated in a controlled atmosphere to temperatures greater than 4,000 F for an extended period of time. During this time, amorphous carbon reorganizes into the graphene-layered graphite matrix. This material is now referred to as electrographite, or graphite for short.

There are a number of benefits to using graphite for dry running seal faces over carbon graphite. In addition to improved self-lubrication in dry running conditions, graphite has improved thermal properties. After graphitization, temperature resistance in oxidizing conditions can increase by more than 200 F (110 C), which is crucial in high-temperature applications. On top of this, graphite’s thermal conductivity is greater than five times that of carbon graphite. In high-speed applications, this helps to facilitate heat dissipation away from the sealing interface where frictional heat is typically generated. Coupled with graphite’s low coefficient of friction, its high-thermal conductivity considerably reduces excessive heat buildup at the sealing interface, which can ultimately deteriorate the seal face, coke hydrocarbons and introduce leak paths.

There are certain restrictions when it comes to using graphite over carbon graphite. When amorphous carbon is converted to graphite, the material becomes softer and loses some of its strength. This can be problematic in high-load applications where hardness and strength of the seal face are key properties. In certain high-speed applications, flexure of the seal face must be minimized, so the stiffness of carbon graphite is often preferred over graphite. Regardless, it is always best to consult with a carbon/graphite manufacturer when determining the proper material grade for a specific application.

Plain graphite and plain carbon graphite are porous as a result of the initial baking process. During this process, molded “green” carbon/graphite components (i.e., graphite powders held together by a pitch binder) are baked in a controlled atmosphere baking oven. This causes pitch to be converted into amorphous carbon, forming plain carbon graphite. Noncarbon elements outgas from within the material as it is baked, which results in an interconnected network of porosity.

Carbon/graphite manufacturers take advantage of this porosity by filling it with various impregnation materials, including metals, resins and even carbon. The type of impregnation used has a considerable effect on the ultimate physical properties of the material. As a result, it is important to carefully select the impregnation type to ensure optimal performance in a specific application.

One impregnation material often used in dry running applications is salt. Salts can serve to make the burnished film more robust and able to handle even rougher surfaces without the presence of fluid lubrication. Various types of salts are often used to achieve this effect, as these salts can increase film robustness more than any other type of impregnation.

Salt impregnations have other benefits as well. In addition to fortifying graphite’s burnished film, salts can help limit oxidation at high temperatures. They do so by bonding to active sites within the material that would otherwise react with oxygen at high temperatures and be driven away from the material in the form of carbon dioxide. By blocking these active sites and limiting oxidation, salt impregnations can increase temperature resistance of seal faces by more than 100 F (55 C).

Certain salt impregnated graphite grades have some degree of porosity, whereas others are entirely impervious. There are benefits and drawbacks to
each of these types that must be taken into account during grade selection. As a general rule of thumb, an impervious salt impregnation is used when maintaining an aerodynamic film is a concern or when zero leakage is permissible.

Self-Lubrication in Cases of Extreme Dryness

Graphitization and salt impregnations have enabled carbon/graphite manufacturers to produce material grades that can withstand incredibly harsh dry running conditions. However, even with these advancements, there are some mechanical seal environments that are so dry that even these highly engineered grades cannot properly self-lubricate. This is because carbon/graphite requires some small amount of moisture in the environment for self-lubrication to take place.

In cases where absolutely no moisture is present, engineers often turn to molybdenum disulfide-based materials. Molybdenum disulfide self-lubricates comparably to graphite, but can do so in vacuum-dry conditions.

A basic rule of thumb that can indicate whether the use of moly grades may be necessary is the dew point of the sealing environment—if the dew point is less than -30 F (-35 C), the atmosphere is likely so dry that molybdenum disulfide-based grades are the only feasible seal face material option. This can occur in seals used in deep space exploration, dry mixer seals, vacuum seals, nitrogen-purged dry gas seals, etc.

Carbon/graphite manufacturers are putting a large focus on developing advanced processing techniques that enhance the dry running ability of their materials. As more extreme mechanical sealing applications are developed, the materials used in these applications must be developed at the same rate.

Keith Hoge is a product manager at Metallized Carbon Corporation. Hoge started at Metcar in 2017 as an applications engineer and has worked in the engineering department ever since. He may be reached at khoge@metcar.com or 914-941-3738 ext. 3278.

Mechanical Seals
Best Practices for Sealing High Pressure Boiler Circulating Pumps
Making use of dual-stage mechanical seal systems.
Mechanical Seals
Look to the Micro for Improved Sustainability
The potential for energy savings and water use ratio (WUR) reduction can be identified swiftly if focus is placed on pump components such as mechanical seals.
Mechanical Seals
Calculate the Leakage Rate of a Mechanical Seal
A liquid-lubricated seal may have no visible leakage.
Pumps
Is a Hot Mechanical Seal Temperature Always Bad?
Part one of a two part series by Lev Nelik
Mechanical Seals
Select the Right Seal & Flush Plan for Slurry or Light-Cycle Oil Pumps
Follow these tips to find cost-effective, reliable tools.