The following case studies, performed by the author, paint a picture of the savings that can be achieved with properly executed pump field testing. 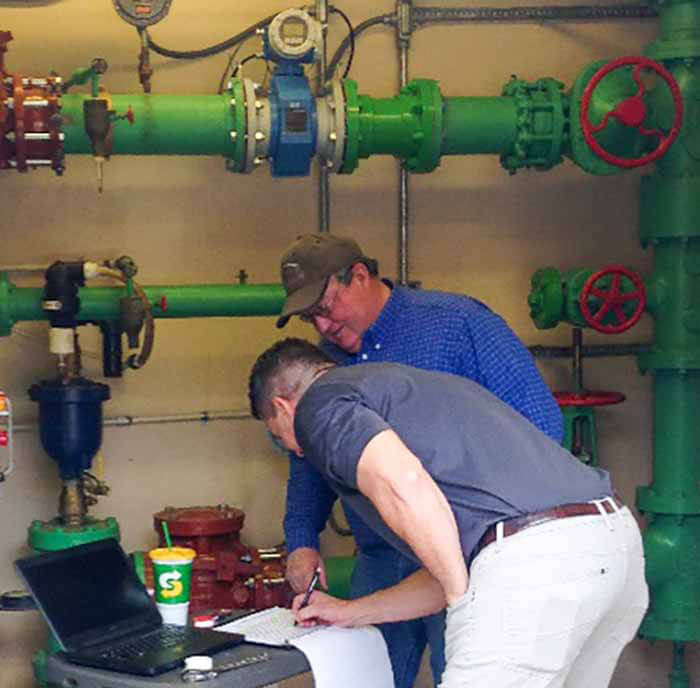 EEMs were developed that were estimated to save more than 1,240,000 kilowatt hours per year (kWh/yr) and 500 kW. EEMs ranged from de-staging the well pumps due to higher pumping water levels than the original design, to operating two of the 10 well pumps at higher speeds so greater than 62 percent wire-to- water can be achieved. This mode of operation resulted in an extra 400 gallons per minute (gpm) production from operating the well pumps at higher speeds while allowing CRWD to turn off two 200 gpm, 200-horsepower (hp) well pumps that operated at 40 percent efficiency, so they can be de-staged. 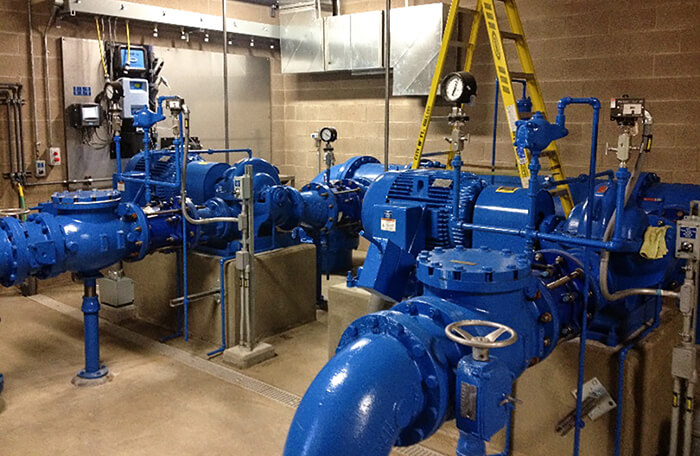 High Service and SW Pump Station Wire-to-Water Efficiency Tests, Fort Collins Water Department (FCWD)
Wire-to-water efficiency testing was performed on the city’s high service pump station and southwest pump station. Results of the testing revealed the city could reduce the kW demand charges by 18 percent with the implementation of the EEMs. Examples of recommended EEMs were: 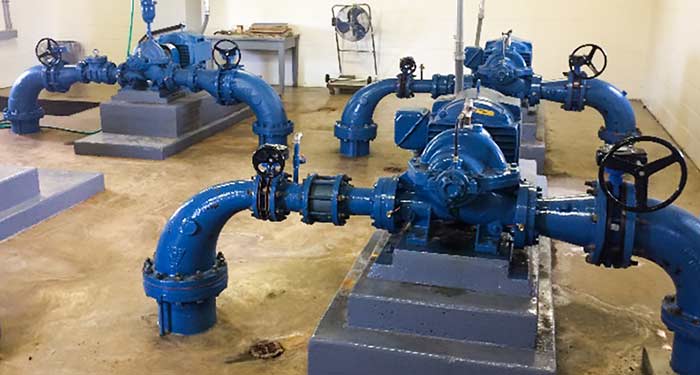 Wire-to-Water Efficiency Tests, Paducah Water, Kentucky (PW)
A unique aspect of this project was incorporating the true wire-to-water efficiencies and field-verified system head curves from the testing into the extended period simulation hydraulic model, while also developing a punch-list of EEMs. The EEMs will be integrated into the annual Capital Improvement Program (CIP) based on priority. Results of the field testing revealed the majority of pumps tested experienced wire-to-water efficiencies between 0 and 50 percent, and only six of the 21 pumps tested exceeding 60 percent wire-to-water efficiency. Several immediate and long-term EEMs were identified such as: 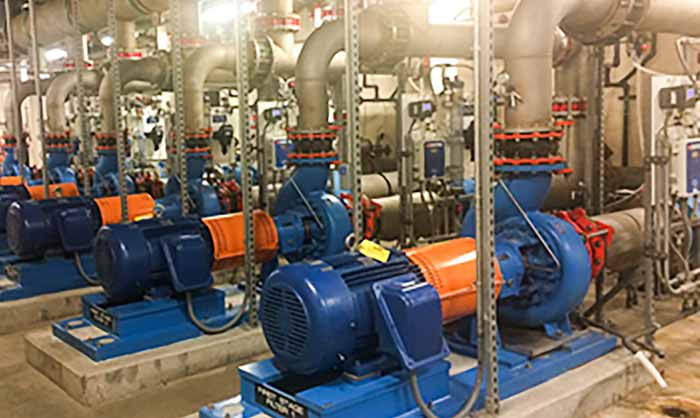 The sixth pump had the membranes replaced with newer membranes that also offered 28 percent more surface area. Pump six also operated 45 percent more efficiently than the other pumps, while also having the ability to operate at two times the flow at high speed while remaining within the membrane flux requirement. The EEM for this project was to replace the other trains with the same amount of newer membranes, so an estimated annual energy savings of $14,400 can be achieved. CMWC already had the budget to replace the aging membranes. However, realizing the energy savings associated with the replacement helped them prioritize this project.

Eric Dole, PE, PSAP, is an associate at Hazen and Sawyer. He is a certified Pump Systems Assessment Professional through the Hydraulic Institute and has performed more than 130 wire-to-water efficiency tests. He can be reached at edole@hazenandsawyer.com. For more information, visit www.hazenandsawyer.com.