A large chemical company in Tennessee had experienced frequent pump failures due to solids and pH issues in a waste pit application. Mechanical seal failure due to solids contamination was suspected to be the main culprit. The manufacturing facility had a sump that relied on two effluent pumps to transport wastewater out of the plant. While one pump had initially been intended to operate as a backup, both pumps had been operating continuously to accommodate the high flow rate into the wastewater sump.

Solid materials, such as zip ties, plastic tags and bags that entered the wastewater stream from drains throughout the production facility would enter the wastewater sump and damage the effluent pumps.

When the first pump failed, it was sent to a repair facility in Virginia. The repair technicians found that the plastic debris had become trapped on the backside of the pump impeller, causing the mechanical seal to fail. The mechanical seal failure allowed wastewater fluid to enter the motor, resulting in failure of the effluent pump.

The first effluent pump was repaired and reinstalled, but only lasted a month in the manufacturer’s wastewater sump. According to a company who provides rental equipment, the chemical company had an emergency spare, but it failed after a few weeks. They learned that the manufacturer’s in-house maintenance team had set up a backup diesel pump in case both effluent pumps failed at the same time. At that point, the rental equipment company provided them with a submersible shredding pump to use as an emergency spare. 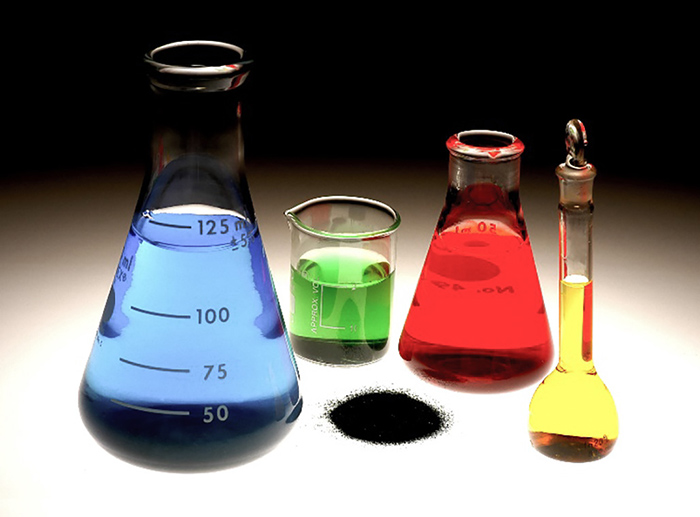 The rental equipment company worked with an inside applications engineer at the pump manufacturer to select an explosion-proof, submersible, corrosion-resistant shredder pump for the chemical manufacturer’s wastewater sump. It was a priority for the chemical manufacturer to keep workers safe and with the potential for an explosive atmosphere, the plant required pumps with explosion-proof motors. The submersible shredder pump was chosen for its FM-approved explosion-proof motor (for use in Class I, Division 1, Groups C & D hazardous locations) as well as its ability to effectively shred and pass large solids.

There’s a constant flow into this wastewater sump, and even though it’s 30 feet deep, it’s critical that the sump doesn’t overflow. The pump manufacturer was confident that the submersible shredder pump was going to pump reliably in that sump because it’s made of 316 stainless steel, has a cutting impeller with a tungsten carbide tip to shred solids and an epoxy-coated motor housing, which was needed because of the high pH of the pumped fluid. 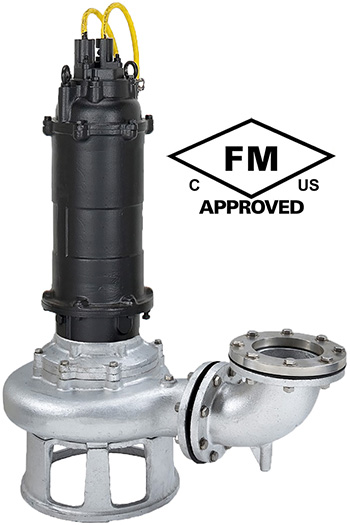 While the pump was initially meant to be a temporary solution, it continued to operate reliably in the sump, even as the original effluent pumps continued to fail. Over the course of a year, the more expensive effluent pumps failed a dozen times, using valuable maintenance dollars. For the cost of two pump rebuilds, the chemical manufacturer could have purchased one new submersible shredder pump. But the chemical manufacturer had to see the pump in action before realizing they’d save money switching to a different type of pump.

After dealing with excessive pump failures, the chemical manufacturer decided they could achieve more reliable pumping and save maintenance dollars by switching from the effluent pumps to the submersible shredder pumps. They decided to do a complete change out, replacing the effluent pumps with the submersible shredder, which was rated for 550 gallons per minute (gpm) at 80 feet of head.

After nine months of uninterrupted service, two additional explosion-proof submersible shredder pumps were installed in April 2017 into the manufacturer’s wastewater sump. A custom adaptor plate was designed and manufactured to install the new pumps onto the existing guide rail system. Two of the pumps operate continuously to keep up with the 24/7 inflow, and operation rotates among all three pumps to further extend pump life.

With a six-inch pump connection reduced to a three-inch flanged slide rail connection, the pumps are now sending all the shredded material through the discharge pipe. Some of the particulate is collected in a strainer and sent out for proper disposal.

The manufacturer spent about $180,000 purchasing the effluent pumps and approximately $100,000 in a year repairing pumps that were just not right for their specific application. By switching to explosion-proof submersible shredder pumps, the manufacturer saved money through reliable operation and reduced maintenance.

The chemical company’s maintenance manager says, “Even if we just get one year out of these pumps and throw them away, we are winning. The pump had a two month payback.”

Doing that math clearly demonstrates the importance of selecting the right pump for your specific application.

Ben Stolt is Western regional sales manager with Tencarva Machinery, which has been providing pumps and associated equipment to industrial and municipal customers since 1978. Offering premier pump equipment products and professional application experience, Tencarva has grown into the leading liquid handling equipment supplier in the Southeast U.S. Learn more about this employee-owned company at tencarva.com.

Steve Mosley is the Atlantic regional sales manager for BJM Pumps, headquartered in Old Saybrook, Connecticut, which has been providing fluid handling solutions for industrial and municipal services since 1983. Over its thirty year history, BJM Pumps has grown quickly by supplying world class pumps and accessories, priced competitively, through its global network of stocking distributors. Learn more at bjmpumps.com.