The North South Interconnection System Project (NSISP) is one of South Australian Water Corporation’s (SA Water) biggest infrastructure projects in the Adelaide metropolitan area. SA Water built the $403 million project to connect the north and south drinking water distribution systems and to increase access to a desalination plant. The project included the construction of 32 kilometers of pipeline through metropolitan main roads and suburban inner streets.

To deliver this project, SA Water assembled an integrated project team comprising staff from a range of private-sector companies. A managing contractor framework was established to deliver the ancillaries program across the entire water network.

Several vendors proposed technical solutions to the project’s many phases. Control valves in particular were needed to perform in extreme conditions for several applications. Many hurdles required a long consultation process to define the conditions and brainstorm solutions. In addition, quality, cost, serviceability and accessibility to equipment added more layers to the requirements. 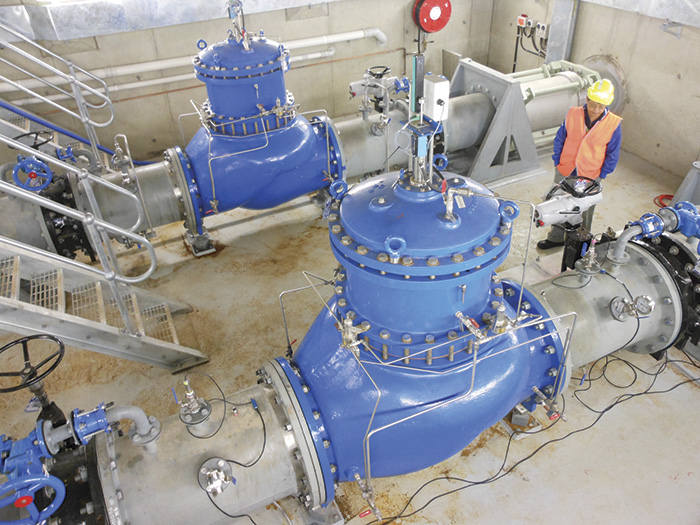 To address this problem, all the valves were fitted with specialized, anti-cavitation valve technology, including two heavy stainless steel sliding cages to maximize the full flow capacity. The first cage directs and contains the cavitation recovery, allowing it to dissipate harmlessly. The second cage allows further control to a level as low as atmospheric pressure downstream. The cages are specifically engineered to meet the flow/pressure differential of each individual application. 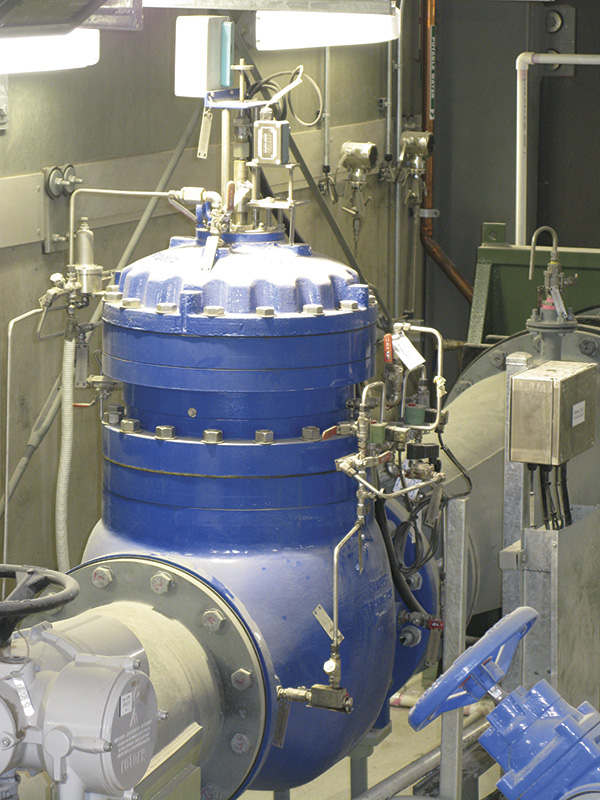 A wide range of flow rate—from almost zero to maximum flow capacity—occurred throughout the distribution system. A wide range isn’t uncommon in a large-scale distribution system, but the valve can hunt and chatter when operating in the low-flow range (less than 20 percent open). Low flow leads to noise and pulsing pressure waves downstream, and the constant open/close movement near the seat prematurely wears the system.

Traditionally, a smaller bypass valve is necessary to control the lower flow, which adds cost and maintenance hours. To manage the low flow, each valve was equipped with specialized rolling diaphragm technology to provide a constant surface area—no matter the valve position. The diaphragm prevents injecting small pressure pulses into the piping and eliminates seat chatter at low flows. This technology manages water loss and leakage while providing smooth, precise flow.

When a city of 1.2 million people relies on a water distribution system, valve failure is not an option. The most common cause of valve failure is lack of maintenance on the pilot system strainer. Plugging eventually results, and the valve is unable to close. Pilot failure can also occur. A main diaphragm failure, which is extremely rare, results from foreign objects traveling down the pipeline.

To prepare for these potential failures, a 2-by-24-inch main valve body was installed with two independent diaphragms, allowing for full backup if the primary system fails. The valve will continue to operate normally using a secondary pilot system while alerting operators to schedule maintenance. 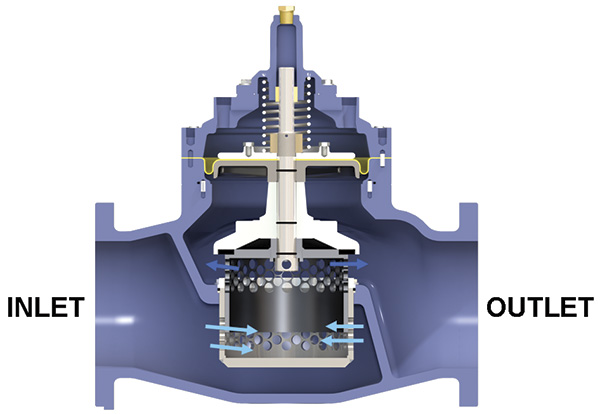 By the project’s completion, 23 valves ranging from 600 to 100 millimeters were installed at the ten different stations. Addressing each station’s needs with different pressure-reducing valve accessories—without installing additional equipment to compensate—was key to the project’s success.

According to the project director, the valves have been operating successfully, enabling SA Water to successfully transfer bulk water from the southern reservoirs and the desalination plant to the northern suburbs, securing water supplies to enable growth through to 2050.

Mark Gimson is the business development and marketing manager for Singer Valve. He has worked around the globe in the valve industry for more than 35 years. For more information about Singer Valves’ Anti-Cav or Single Rolling Diaphragm technologies, visit www.singervalve.com.

Celso Iglesias was the lead sales manager from Perryco on the NSISP project from inquiry stage to application and finally commissioning stages of the valves. He has a degree in mechanical engineering and has more than 20 years of experience in pumps and control valves.