The maze of streams, brooks and creeks that make up the world’s wetlands are an integral part of the ebb and flow of groundwater and storm water ecosystems. From seasonal snowmelt to runoff after a storm event, these boundary-less entities expand and contract, absorbing and dispersing water like a complex network of arteries. 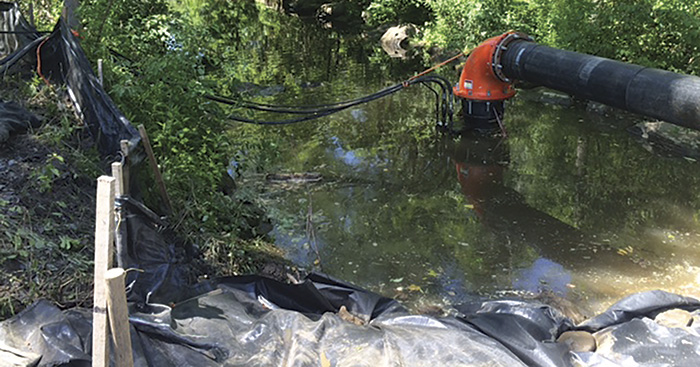 Image 1. The dewatering pump provided enough flow capabilities to move the Mayfield Creek water from one end of the culvert to the other. (Images courtesy of Xylem)

Mayfield Creek in Fulton County, New York, in the southern foothills of the Adirondacks, is an arterial body that flows out of Great Sacandaga Lake for approximately four miles through farmland and the upstate countryside. At several points along the way, Mayfield Creek runs through culverts and under bridge structures, as highways and local roads intersect its path.

New York Route 30 runs north and south for 300 miles, from the Pennsylvania border to Canada, crisscrossing Mayfield Creek as it exits Great Sacandaga Lake. The storm water culvert that carries the creek is 10-gauge corrugated steel, 15 feet tall and runs for roughly 140 feet under the roadway. The steel pipe culvert outlived its expected life, and over the years the aging infrastructure deteriorated to the point of needing repair.

In 2015, the New York State Department of Transportation (NYSDOT) engaged in a number of infrastructure improvement projects in upstate New York. As part of that process, it sought bids to repair the Route 30 Mayfield Creek culvert. The drawings from the NYSDOT engineer called for a cofferdam or waterway diversion structure on either end of the culvert to enable the contractors to access the pipe for repair. The bid pricing needed to include the costs for the contractor to install the diversion structures, as well as perform the repair work.

The solution was a bypass scenario that would move creek flow from one end of the culvert to the other, bypassing the culvert altogether and dewatering the culvert for the contractor to engage in the culvert repair effort. The NYSDOT went in to the bid process thinking that traffic disruption on Route 30 would be inevitable. However, traffic on Route 30 was not impacted because the bypass piping ran through the culvert, and the road right-of-way was avoided.

Mayfield Creek flow rates through the culvert can run as much as 500,000 gallons per minute (gpm). Realistic flows during the drier summer months are significantly less, and can be managed by a 14,000-gpm bypass. So the original design called for a 24-inch high density polyethylene (HDPE) pipe sitting on a support system on the bottom of the culvert running about 200 feet. 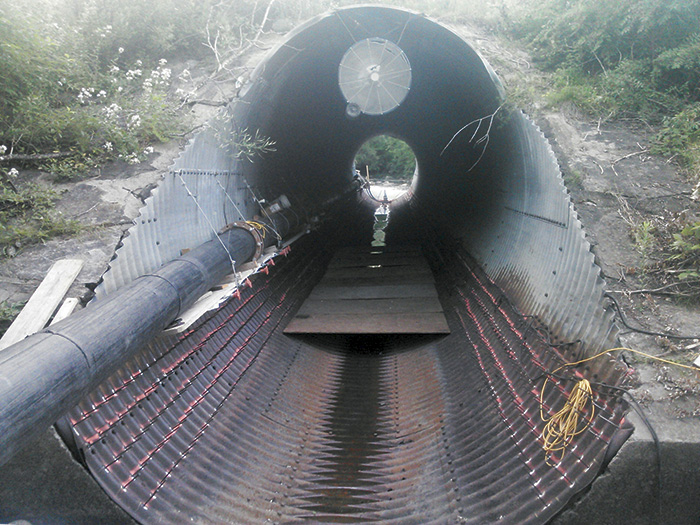 Image 2. The chosen solution required a complete temporary bypass, with the piping passing through the culvert, from rigging to hang the pipe off the side of the culvert.

For a bypass like this, a typical solution would be to have flow pushed by three or possibly four diesel-driven pumps.

The primary challenge with the culvert bypass was the limited space at either end of the culvert—there was not room to place three or four pumps close enough to the creek.

To add another challenge, the NYSDOT required additional designs for the 24-inch HDPE pipe support system that would become part of the new concrete invert.

The solution was to reduce the flow rate to 7,000 gpm and run an 18-inch HDPE pipe with flow pushed by one diesel-driven axial flow dewatering pump.

Since the axial flow pump is known for low head and high-capacity pumping, the pump was the right choice for this application.

The length of the bypass was approximately 200 feet, and the team built rigging to hang the pipe along the inside wall of the culvert. Installers were able to flange the HDPE piping and set it up in 50-foot lengths ahead of time at the rental dispatch and maintenance yard. They delivered the four sections on a flatbed tractor-trailer. Once on location, the lengths of pipe were unloaded, lowered into the culvert one section at a time, bolted together and slid onto the rigging.

The diesel-driven hydraulic power pack for the axial flow pump was 150 feet away—plenty of distance from the creek to avoid environmental issues.

Given the creek’s rocky bottom, the water was clear so there was no need for filtering. The pump was set up with a level transducer to regulate the revolutions per minute (rpm) based on the creek level.

Image 3. The power pack was situated 150 feet from the creek to address environmental concerns.

The entire installation process went off without a hitch and took three days, well within the proposed time frame. There were no storm events while the bypass was operating, so the pump handled the flow as expected.

The ability to rent all of the equipment for the project saved NYSDOT a significant amount of money. In addition, NYSDOT saved more than $20,000 on diesel fuel alone by running one pump instead of the proposed four during the two weeks of construction.

With the level transducer regulating rpms on the pump, fuel efficiency was optimized for further cost savings. And Mayfield Creek, as it zigs and zags across Fulton County, can now ebb and flow freely under NY Route 30, a valuable piece of the wetlands network that comprise the scenic countryside.

Darrin Ruiz is the northeast regional applications engineer for Xylem. He may be reached at darrin.ruiz@xyleminc.com.