The fluid is cooled through this separation process to lower the temperature at the seal faces.
by Justin Patsey, U.S. Seal Mfg.
03/27/2013

The ability to increase the life of a mechanical seal can be as easy as adding one simple design element to the equipment. Cyclone abrasive separators provide an effective way to keep solids found in liquids from contaminating and damaging mechanical seal faces. They can also help improve the seal life and reduce maintenance costs.

The separator is part of the seal support system that allows a clean flush to be provided for the mechanical seal when an external source of clean fluid is not available or is too costly. With a properly installed cyclone separator, no fluid is lost, and it will remain almost maintenance free. The separator is piped from the discharge side of the pump where the abrasive laden fluid is found. It is then circulated through the separator, which removes a large quantity of the abrasive particles and leaves a cleaner fluid to be directed to the seal chamber. This provides better circulation and reduces the temperature at the seal faces.

When used properly, the solids are removed with little maintenance—unlike with strainers and filters, which require cleaning, cost and time. The lightweight and simple separator also allows for no supports or pipe stress in its inline design.1

Figure 1. A feed is placed on the discharge end, which leads out of the discharge pipe to a tap piped directly to the intake on the side of the cyclone separator.

How It Works
To fully understand the benefits of using a cyclone separator and how it works, an explanation of the complete process is needed. Liquids can be laden with suspended abrasives—such as sand, dirt, rust and particulates—that can easily damage seal faces in a short time period. The process begins as the fluid is initially cycled through the pump. A feed is placed on the discharge end, which leads out of the discharge pipe to a tap piped directly to the intake on the side of the cyclone separator (see in Figure 1).

Inside the separator, fluid rotates centrifugally in a cone-shaped chamber. The velocity and pressure differential is critical to the design and success at which the abrasive particles cycle through the separator and use gravity and force to fall from the liquid. The particles remain closer to the wall of the chamber where they are eventually funneled to the bottom of the separator and then discharged through an outlet at a lower pressure point and returned to the suction end with little of the process fluid. Meanwhile, the cleaner liquid is pushed from the outlet at the top of the separator and returned via piping to the seal chamber through a flush point in the gland plate and directly to the seal faces.

This process runs consistently as long as the equipment is running continuously, cycling the cleaner liquid to the faces and keeping them cool and lubricated (see Figure 2). This process has a high efficiency rate in extending seal life.

Requirements
Certain conditions must be met for cyclone separators to work properly. One of the fundamentals for success is familiarity with the characteristics of the fluid. To begin, the abrasive laden fluid that is being pumped must suspend the particles to be removed in the process. As mentioned before, these are particles similar to sand, dirt, rust or any grit that can damage seal faces. Unfortunately, any substance that is dissolved in the fluid cannot be removed by an abrasive separator. These particles must:

A method for determining whether a cyclone abrasive separator will work is to insert a sample into a small beaker or clear container. Shake well to mix thoroughly, and let set for 10 to 15 minutes. Then see if the solution settles and separation occurs. If separation is observed, in most circumstances, the separator will work effectively.

Pressure is also a necessity for proper operation of a cyclone separator. The minimum pressure differential must be around 20 psi/1.4 bar between the suction and discharge. This could be the most crucial aspect of having the separator function properly. A pressure differential lower than listed will not effectively circulate and remove the particles. 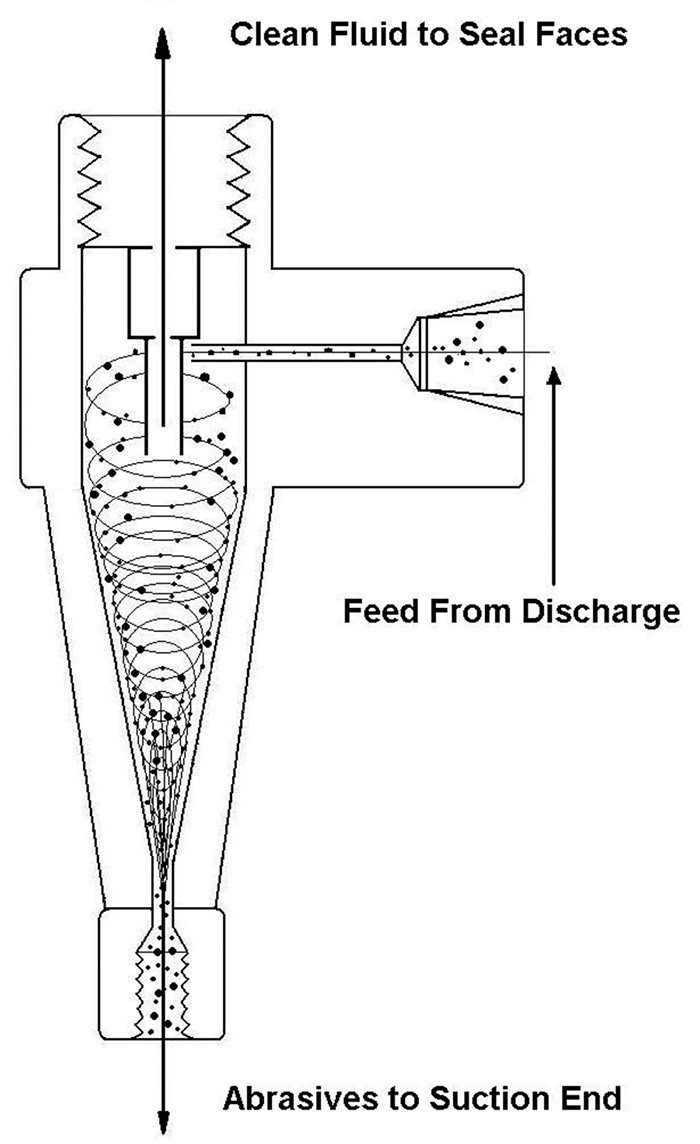 Figure 2. The separator allows for cycling the cleaner liquid to the faces.

This is simple hydraulics. Liquid naturally needs to follow the lesser path of resistance. Aside from gravity, pressure is a common way to alter resistance. Pressure must maintain a 20 psi differential and not exceed standard curve limitations for the separator to work as planned. A lesser differential will mean that the liquid will bypass separation, and 100 percent will be sent directly back to the suction end.

This lack of pressure will dry out the flush line, resulting in the possibility of the seal chamber running dry or the abrasive laden fluid making its way to the seal faces. In contrast, high pressure levels in the separator will result in abrasive laden fluid being shot directly into the seal chamber through the flush without separation where abrasives are concentrated at the seal faces. As a result, seal life could be drastically decreased.

In general, maintaining a steady differential is the most difficult part of installation. Also, as a word of caution, the pressure of fluid entering the separator must not exceed 2,000 psi on 316 stainless steel models and 650 psi on nylon models. Pressure higher than suggested psi will result in damage to the cyclone separator. Orifices can be used along the piping to allow for required flow rates and any need to increase separation. Excessive piping may make a recommended pressure balance harder to achieve. A length longer that 10 feet with a separator installed inline may set up problems with pressure loss or system backup.

This will be mostly applicable to a standard centrifugal pump. Split-case pumps must be treated differently in the use of cyclone separators. For split-case pumps, one cyclone separator may be used, but only if the pressure at the seal chambers, suction and discharge ends remains the same at all times. If pressure stability cannot be achieved, then two separators must be used—one on each seal chamber to avoid complications. In this scenario, using two smaller separators is better than complicating things with one large one.

An Added Benefit
In addition to maintenance cost savings and increased seal life, using a cyclone separator provides an added benefit. It reduces the fluid temperature because it is cooled through the separation process before being sent into the seal chamber, which lowers the fluid temperature at the seal faces. While in operation, the faces of the seal can be as high as 40 F above the pumped fluid. The temperature of the original fluid that will be introduced to the separator should not be higher than 400 F for a 316 stainless steel model and 240 F for a nylon separator to prevent risk of failure.

They are also found on ships and/or in systems around water. A common example of this application is their use on service water pumps in power plants and utilities. In these applications, abrasive-laden water can be pulled from streams, rivers, lakes, or other bodies to cool equipment. In addition, slurry pump installations are a prime example of where a separator may be used.

Another important use for cyclone separators involves the installation and startup of new systems and equipment in plants, pipelines and most HVAC lines. They have a common place in these applications because of the foreign particles found in the systems that could be detrimental to seal faces. This may include any metal grindings or dust particles naturally found in new equipment.

Finally, cyclone abrasive separators can also be used on pumps or equipment with packing in the stuffing box. In this case, the only change would be that the flush must be aligned with the lantern ring connection. Proper alignment of this kind is usually a common practice with typical packing installations. This is required for packing to be properly lubricated.

Justin Patsey is senior product support specialist at U.S. Seal Mfg. He has a degree from Hofstra University and specializes in product development, technical troubleshooting, engineering and implementation of new mechanical seal designs.