Pumping packages that use a diesel oxidation catalyst can minimize cost, maintenance and equipment downtime.
by Anne Chalmers, Pioneer Pump
05/29/2015

Until this year, diesel engines have had to comply with the Tier 4 Interim standard, which specified lower emissions but did not reach the full goal. 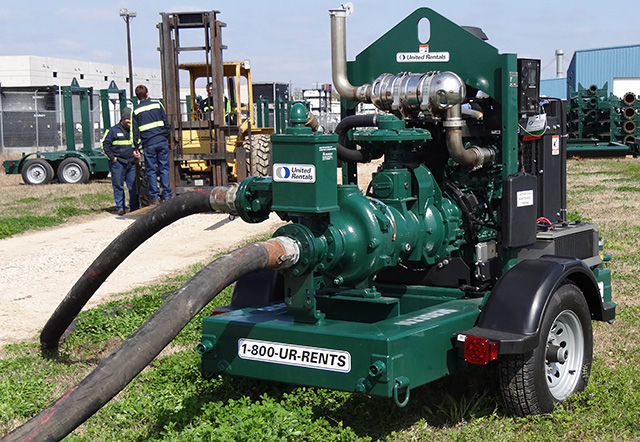 In addition to these EPA standards, California and other states have either implemented or are considering additional carbon emissions that regulate the total emissions allowed for a given project. The contractor operating the equipment or holding the permit is responsible for compliance. Contractual elements sometimes require the person renting the pump package to state that the equipment is in compliance with all ordinances. This is of particular concern for companies with large fleets of diesel pump packages that move equipment from state to state.

Tier 4 Final compliant pump packages have been available on the market for the past year, but most are either expensive custom solutions or have older engines to which a diesel particulate filter (DPF) has been added.

DPF-configured engines rely on filters to remove soot. Their primary disadvantage is that they require regular regeneration cycles in which high heat is created to burn the accumulated particulate from the filter.

A better solution for pumping involves an engine with a diesel oxidation catalyst (DOC). DOC-configured engines use a catalytic converter to promote oxidation of exhaust gas components by oxygen, which is present in diesel exhaust. When passed over the catalyst, carbon monoxide, hydrocarbons and particulates are oxidized, forming harmless products.

The advantage of DOC engines is that they do not require regeneration cycles, which minimizes maintenance, downtime and risk of expensive factory repair.

One manufacturer of EPA-compliant pumps has developed a Tier 4 Final pumping solution that combines a 4-, 6- or 8-inch pump and an L4 DOC engine, which has been specifically designed for Tier 4 Final compliance, minimal complexity and low installed cost.

The water-cooled, four-cylinder inline engine has a simple exhaust aftertreatment. It is electrically controlled and has cooled, external exhaust gas recirculation that eliminates the need for regeneration cycles. The engine’s DOC enables maintenance-free operation under all ambient conditions.

Anne Chalmers, PMP, is the strategic marketing manager at Pioneer Pump and the vice president of marketing for the Portland Chapter of Project Management Institute (PMI). She may be reached at achalmers@pioneerpump.com.