While many are familiar with the concept of eddy current testing (ECT), the nondestructive electromagnetic testing technique, eddy current array (ECA) is generally less understood.

The easiest way to think of ECA is that it is the next generation of such testing and naturally offers some new features.

Both techniques are most commonly used to inspect equipment made from nonferromagnetic materials. It can be used for surface applications, such as welds, and for tube testing, such as condenser tubes and reformer tubes. Whereas ECT consists of a single element, ECA technology uses multiple eddy current coils arranged side by side in the same probe assembly.

Each coil produces a signal relative to the phase and amplitude of the structure being tested and this data is recorded. This is then referenced to an encoded position and time and represented as a C-scan image. 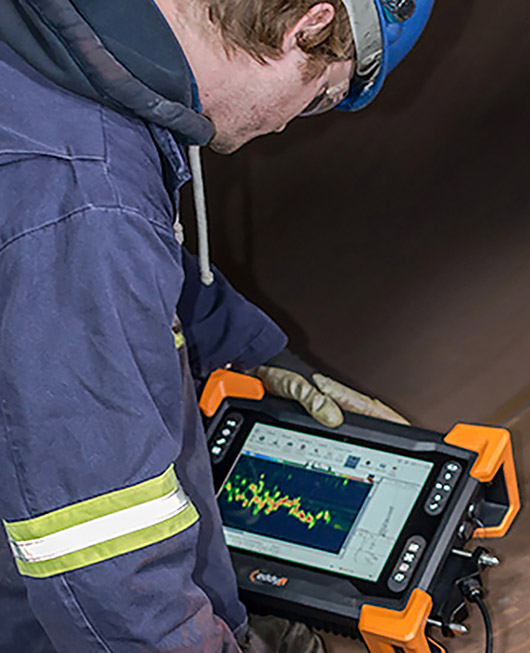 To prevent the risk of suboptimal results, the coils are activated and deactivated in specific sequences—a process known as “multiplexing.” This leverages the width of the probes, minimizes interference and maximizes the resolution of the probe.

The Benefits of ECA

ECA can carry out the same flaw-detection techniques as virtually all other eddy current methods. It is a nondestructive flaw-detection method, and—like ECT—is quick, simple and reliable in exposing defects in a surface, or near the surface, of the material being tested.

Eddy current array can be used for both the detection of corrosion and to measure the thickness of steel. The technology is used in the inspection of a diverse range of operational structures, such as piping systems, storage tanks, vessels and columns. As with all other eddy current methods, the technique operates under the principle of electromagnetic induction.

The most benefits are achieved when ECA is included within a regular annual maintenance schedule.

The mechanism of tracking flaws allows  the earliest detection of microscopic weaknesses—a major advantage when it comes to the protection of valuable assets.

The testing provides an effective early warning system that maintenance planners can use to put in place a response strategy. This might include:

The ability to reduce inspection times and record additional data has far-reaching implications within industries such as oil and gas, aerospace and power generation.