Even when small amounts of gas are carried through the impeller, the liquid rate of flow and pump head are reduced (see Figure A.4). This reduction is the result of the blockage of the flow by the gas and a reduction in developed head because of the reduced specific gravity of the pumped mixture. Dissolved gases evolving out of solution can have similar effects. When the specific gravity of liquid alone is used to convert pressure to head, a lower head measurement
is indicated.

Figure A.4 illustrates that even with small percentages of gas, the unit stops pumping liquid because of accumulated gas in the impeller when operating near the shutoff condition of the pump. High velocities can carry higher percentages of gas. Therefore, when gas entrainment is a potential problem, pumps should be operated at or beyond the best efficiency point (BEP) flow rate specified by the manufacturer. 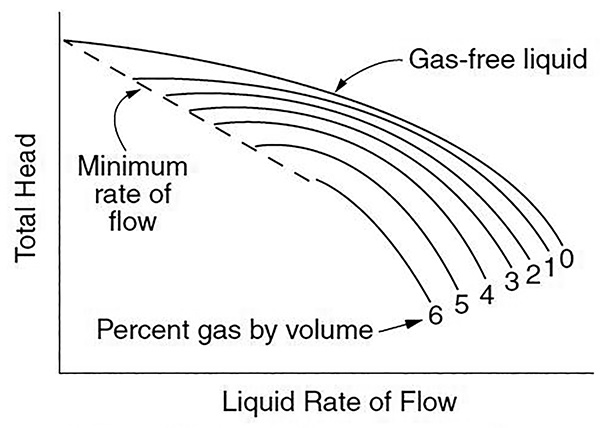 Figure A.4. The effect of gas on pump performance (Courtesy of Hydraulic Institute)

For further discussion on this topic, see ANSI/HI 2.3 Rotodynamic Vertical Pumps of Radial, Mixed, and Axial Flow Types for Design and Application.

Q. What is water hammer, and how can it be analyzed?
A. When pumps start or stop or the momentum of the fluid in the piping is changed by any other means, such as opening or closing a valve rapidly, a pressure wave is formed. The pressure wave can be either above or below the normal piping pressure, depending on the configuration of the piping and pump system. These pressure waves are called surge pressures or water hammer (used only when the fluid is water), and their magnitude can be enough to burst or collapse piping, valves, machinery casings and other devices.

The magnitude of the pressure wave can be calculated with reasonable precision with the following information:

When the column of fluid in the piping either starts or stops, the energy of the system is transformed from velocity energy to head or pressure energy. Because the fluid and piping material are not completely incompressible, they will absorb a fraction of the energy.

The maximum surge pressure will occur when the fluid is stopped in less time than it takes for a pressure wave to travel from the equipment that stopped the flow to the other end of the piping system and back. For example, if a piping system is 2,682 meters (m) long and the fluid is water, the highest surge pressure would occur if the water is stopped faster than it takes the pressure wave to travel 2,682 m and reflect back to the source, traveling a total of 5,364 m. A pressure wave in water travels at the velocity of sound in the fluid. For water in piping constructed of most materials, the velocity of sound is about 1,341 m (4,400 feet) per second, so a pressure wave in 2,682 m (8,800 feet) of pipe will take about 2 seconds. If a valve at the end of the pipe is closed in less than 4 seconds, the pressure of the surge wave will be maximized.