Pump manufacturers know that the engineering phrase “fit and forget” never holds true for rotating equipment. For all its reliability and longevity, a slurry pump that has been operating in a pit for several years will eventually fail.

Several pumps can handle farming applications at a tenth of the initial cost for an application-specific slurry pump. However, replacing a cheaper, less effective pump every six months becomes a tiresome—and expensive—hassle for many farmers. This article features several examples of how selecting the right pump ensured worry-free operation in harsh pit service.

Wholly submerged in slurry, the two 18.5-kilowatt (kW) pumps at J.E. Carter & Sons were built to handle thick and highly corrosive fluids. The 15-kW mixers, designed with a two-blade clogging free propeller, benefited from a double mechanical sealing system between the electric motor and the surrounding liquid.

A J.E. Carter & Sons pig farmer requested maintenance on his slurry pump, which was installed in 1993. Chris Carter, a farmer at Strathyre Farm near Preston in northwestern England, said that his slurry pumps saw the daylight for the first time after 21 years of submersion. Carter used the equipment to transfer pig slurry from one pit to another—and then to a 20-foot-high store. 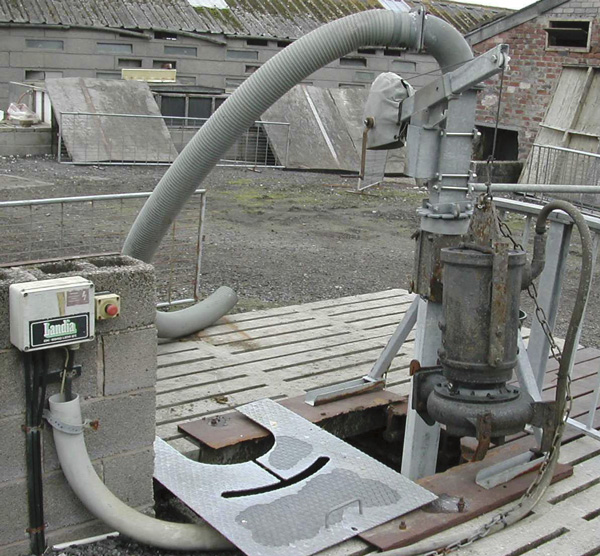 “They’ve been in our pits for more than two decades, working away, dealing endlessly with slurry, which has to be mixed properly and also pumped across long distances,” he said.

Engineers can easily under- or over-specify pumps when handling cow slurry. Carrying out a proper evaluation is critical because the content of slurry pits will vary depending on what a farmer’s cows eat. Lucerne (alfalfa), grass or maize silage will have a higher viscosity than green or cereal crops. Rainwater and yard water also come into play, as well as whether the cows are kept indoors or outdoors.

Thick, raw cow slurry is unforgiving. If slurry is mixed improperly, then the water will be removed, leaving all the solids. Farms often add pumps when their existing equipment cannot handle their slurry. Either their equipment is under-specified, or the pipe diameter and/or pipe work has been inadequate.

Pipe diameter and pressure are crucial. Small pipe diameters need more pressure to move the slurry, leading a bigger, more powerful pump to do a job better suited to one half its size. Too big a pipe diameter can result in not enough velocity. Farmers do not need to use the pit’s entire volume for pumping. 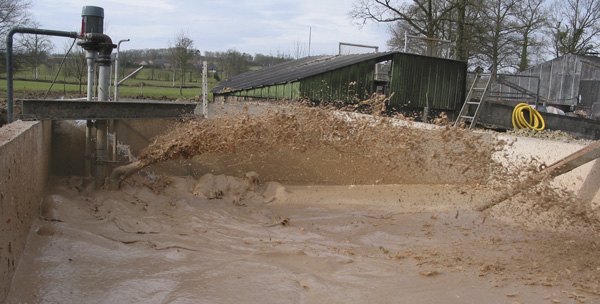 Pipe diameter and pressure are crucial to a slurry pump system. Too small of a diameter requires more pressure; too large reduces the liquid’s velocity.

Chopper pumps have a heavy-duty knife system that can deal with syringes, aprons, rubber gloves and other related farm debris. Tail hair can also be difficult. A 5.5- to 40-kW pump with a knife system can handle most solids, and the right mixer propeller will aid farmers in achieving optimum homogeneity.

Surplus long-cut silage in the slurry pit will challenge almost any pump. Specially coated pumps can also handle sand that is used for bedding. The slurry pumps would not last long without hardened materials to cope with the abrasive fluids. 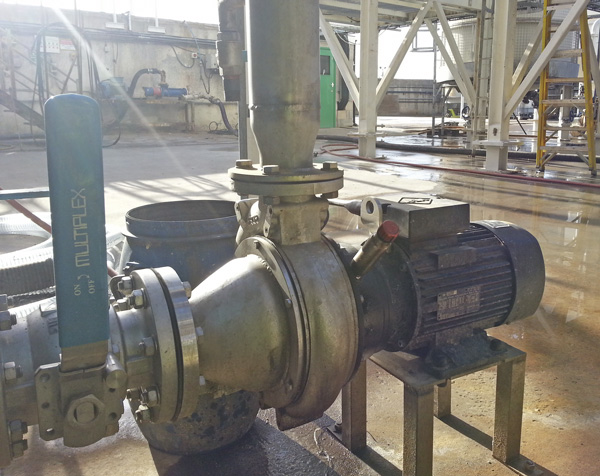 The knife system in a chopper pump can break down farm-related debris, such as aprons, rubber gloves and tail hair.

The correct pumping and mixing of slurry reduces odor. Cow slurry has an 80 percent odor reduction success rate, and pig slurry can be almost odor-free after an aeration period of seven to 14 days in storage silos. On smaller farms in particular, a well-designed pump and mixing system will transport the slurry where it is needed, keeping its odors and flies away from livestock and the farmstead.

Poor mixing and a lack of aeration in a field are easily detected. A stars-and-stripes pattern on a field (dark green and light green) means slurry has been incorrectly treated. The slurry should filter down into the ground and out of sight, fertilizing the land and crops.

The pressure in a slurry pump system must be high enough to carry slurry across great distances to a storage tank or pond.

Homogenized slurry will always flow more easily, reaching plant roots more quickly. Reducing the slurry’s aggressiveness allows it to spread at any time, even during key growth periods. The farm avoids scorching crops and enjoys a healthy savings on fertilizers.

Grosvenor Farms in Cheshire in northwestern England is a 6,000-acre farm that produces milk, cereal and potatoes. Part of the Grosvenor estate, owned by the Grosvenor family and headed by the sixth Duke of Westminster, the farm recently began an effort to improve how it processes its slurry.

The estate’s Grange Farm in Churton, near Chester, acquired two pumps and a mixer. A 10.82-foot long-shaft pump (15.0 kW, 4 inches) and a high pressure pump (3.0 kW) combined with a 300-rpm mixer (5.5 kW) to reduce the density of thick cattle slurry from young stock. The slurry is then pumped to a gantry-mounted separator. Separated liquor is held, and then either returned to the reception pit for further thinning or pumped several hundred meters to a storage lagoon. 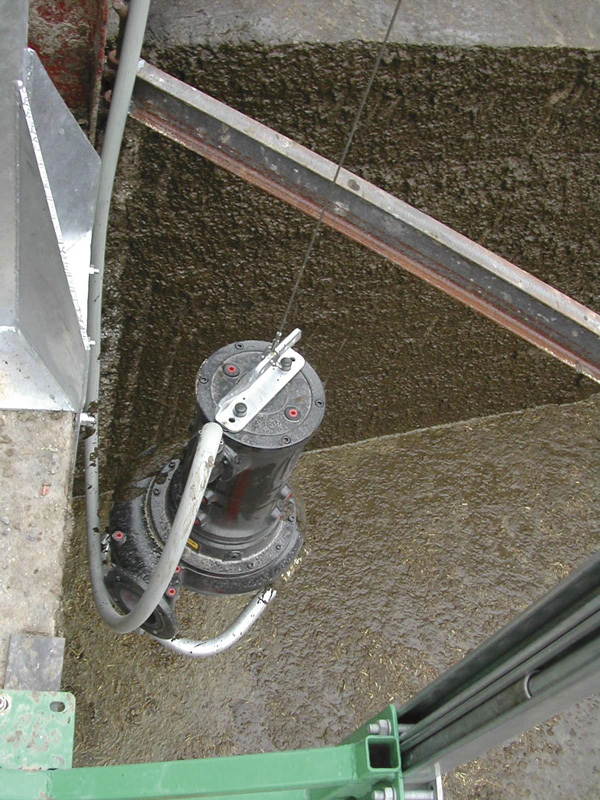 The content of farm slurry will change over time depending on the diet of livestock and the farm’s debris.

David Craven, health and safety representative and building maintenance manager of Grosvenor Farms, said the pumps and mixers were built to last.

“They are also capable of handling the long distances that we need to pump our slurry,” he said.

Paul Davies is sales manager at Landia U.K., which he joined in 2002. He has experience in tough slurry pump applications. The technology is proving invaluable for biogas/anaerobic digestion plants powered by manure, crops and/or food waste. For more information, email info@landiainc.com.