Follow These Tips to Get the Most from VMS Pumps

Evaluate the application before installation to ensure a long-lasting, productive and efficient pump.
by Steven Ulrich
06/21/2016

Vertical multistage (VMS) pumps have become popular because they provide increased pumping efficiency along with energy savings. With a variety of nominal flow ratings and the benefit of multistaging, the technology features a wide range of discharge pressures and pump horsepower ratings to cover a multitude of hydraulic applications such as water supply and pressure boosting; heating, ventilation and air conditioning; light industrial; irrigation and agriculture; and water treatment.

Combine one of these fixed-speed pumps with a variable frequency drive (VFD) controller, and the affinity laws will provide even more pump versatility. There is, however, a misconception that a VFD allows the VMS pump to function properly without having to appropriately size it according to the application. While pump sizing is key, users should consider a few other tips to ensure proper safeguards.

Examining a common example of how VMS pumps can be misused and overloaded helps demonstrate the specific effect pump sizing can have in the field. A series of identical VMS pumps, each controlled by a separate VFD and all installed at a single site, had experienced premature motor failures on a number of the pumps. None of the motors had been taken to a motor shop for evaluation. The units purchased were small, 1-horsepower (hp), 2-stage pumps with three-phase, standard-efficient, open drip-proof motors with Class B insulation, capable of 25 gallons per minute (gpm).

The first question asked about these 460-volt VFDs was how far they were located from the motors they controlled and whether there was an output filter included with each VFD. The response was that the pumps were about 50 to 60 feet away from their drives, and no filtering was in place. 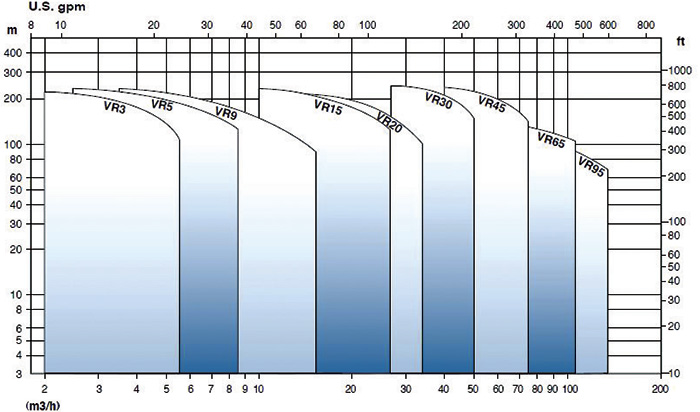 Figure 1. To properly size a pump, look toward the center of the VMS pump performance curve to find the best efficiency point and range, and try to operate within that area. (Graphic and image courtesy of Franklin Electric)

An internet search of the VFD's model number provided the owner's manual, which stated that a VFD supplying 460 volts to a motor needed output filtering if more than 25 feet separated the device and the motor. Personnel insisted that the operation had many similar installations but had not experienced multiple motor failures after a few weeks of run time.

The operation had replaced one of the failed motors with an inverter duty motor, and it was still having issues. Personnel also reported that the pumps had not experienced any mechanical issues (tight turning pump/motor shaft, grinding of stages, etc.), so a field service engineer was dispatched to the site to gather more data.

The pumps were taking water on a flooded-suction basis from an open-to-atmosphere inlet vessel that collected washdown from a manufacturing process. The pumps transferred the water up into large, low-pressure media filters. The liquid-level transducer tied to the VFD monitored the inlet vessel fluid height and adjusted the pump speed to maintain a specific level in that vessel.

On the pump's discharge side, there was a small elevation change up to the filter inlet and no obvious friction loss. The filters offered little backpressure to the pump flow, even when they were fully loaded just before backwashing. 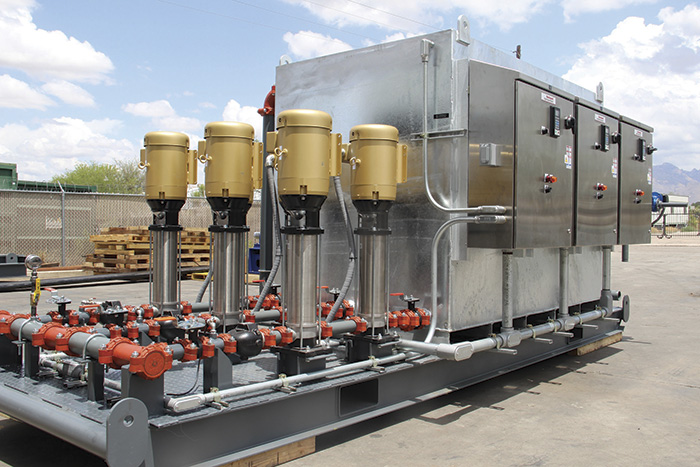 Image 1. Know the max flow and head requirements, and then properly size the VMS pump according to the application pre-installation.

For the units that remained operable, amp draw was high and the motors ran hot. The cable between each VFD and its pump motor was 125 feet—double the initial estimate received—which further stressed the need for output filtering on each VFD.

By throttling the pump flow back with a valve, the amp draw was reduced to just below the motor nameplate max-amps value. No suction or discharge pressure gauges were installed in the system, making it difficult to know exactly where on the pump curve they normally operated without the artificial backpressure imposed by the throttling valve. The inspecting technician suspected they were either on the far right side of the curve (high flow/low head pressure) or completely off it.

Further questions and answers led to the understanding that this type of filtering system would normally be outfitted with a 1.5-hp, 50-gpm pump—much different from the 1-hp, 25-gpm pumps used for this application. It was determined that the higher-head, lower-flow VMS pumps placed into this application were the root of the problem; this application called for low-head, higher-flow pumps. Even with a VFD controller, this setup led to numerous motor failures as a result of overloading.

With the transducer and proportional integral-derivative (PID) controller loop set up on the suction side to keep the inlet vessel at a steady level, the pump could run at up to full speed to move the correct amount of water. With little to no backpressure on the pump's discharge side, the 25-gpm pump tried to output 50-plus gpm and overloaded the motor in the process. Had the throttling valve been properly set up at startup—which would have required an amp clamp measurement while running the pump at full speed—these incorrectly sized pumps could have operated on their curve.

Another more "tamper-proof" throttling option would be installing a fixed orifice flow control valve on the pump discharge line to prevent it from going beyond its recommended operating range. If the VFD was set up to hold back or fold back the motor's revolutions per minute (rpm) when it detected slight prolonged overloading, the amps could have been maintained below the motor nameplate rating so the motor would run cooler and the windings last longer.

Sizing the pump to properly fit an application is critical to avoid problems. It is important to look toward the center of the VMS pump curve to find the best efficiency point and range and to try to operate within that range. When possible, try to establish safeguards against changing a system that has been designed. It is not uncommon for a new employee to open or close a valve, for example, so keep that in mind before the installation to protect against motor failure.

VMS pumps provide flexibility to meet pumping requirements for many applications. Take the time before installation to evaluate the previously noted details, and the result should be a successfully applied, long-lasting, productive and efficient pump.