Pete Petrunich retires as technical director after 17 years but leaves a legacy of education and high quality standards.
by Michelle Segrest
04/07/2014

For 17 years, Pete Petrunich has been the authoritative expert on sealing technology.

Every month for the past decade, the Fluid Sealing Association’s technical director has coordinated the “Sealing Sense” articles for Pumps & Systems.

These articles have provided detailed insight to the most common sealing challenges surrounding rotating equipment. They have also helped raise the profile of FSA’s educational mission.

This year, Petrunich retires from his post. He leaves a wealth of technical knowledge and a worldwide legacy of good will.

The impact Petrunich has made on the pumping and sealing industries is well-documented. However, his impact on the people of the sealing industry leaves the most notable impression.

“Pete is one of the most modest, yet well-respected, technical experts I’ve had the pleasure to know,” said Joseph Boylan, marketing and sales manager for Morgan Advanced Materials. “His ability to network and motivate those around him has been a huge benefit for FSA. His retirement will leave large shoes for any successor to fill. I wish him an infinite and enjoyable retirement.” 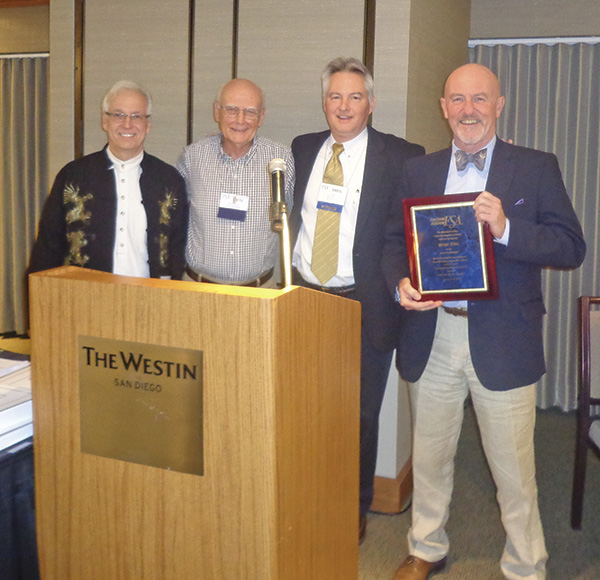 “I have worked with Pete Petrunich since he joined the FSA as technical director, and we have become great friends,” said Dr. Brian S. Ellis, technical director of the European Sealing Association. “In fact, we are often referred to as “the twins” because we face identical challenges in our two organizations.

“In the early days, we would spend long hours on joint, technical publications just to make sure the language used in the documents was correct in both ‘British’ English and ‘American’ English. Pete would say, ‘two nations, divided by a common language.’ You can see how important it is to get the text in a format which is correct and unambiguous.”

This was just the beginning of the importance of collaboration between the two associations.

“In aiming to show that together we could do much more than either association could do on their own, Pete would say, ‘One plus one equals three.’ In my view, these five words represent the key phrase by which everyone will know and remember him. I want to thank Pete for all the fantastic things we achieved together.”

Professor Elmar Baur of Baur & Company consultants in Munich is the former CEO and president of EagleBurgmann and served on the executive committee of the European Sealing Association and is an honorary member of FSA.

“Pete was, for me—and probably many members of the ESA—the face of FSA,” Baur said. “Presidents, committee members and other officers changed. But Pete remained. He was busy attending all division meetings and always available to inform and comment on U.S. aspects and views in the sealing industry.”

“With his enormous knowledge, he could answer nearly all questions and helped us reach a much better understanding of the sometimes different positions on both sides of the Atlantic. In addition to these technical aspects, Pete is a great guy. He certainly has made a lot of friends in the U.S. and in Europe. We all will miss him when he retires.”

Pumps & Systems had the opportunity to speak with Petrunich about a decade of “Sealing Sense” articles, his retirement from FSA and the significant accomplishments of the Fluid Sealing Association during his 17-year tenure. Additionally, the first-ever "Sealing Sense" article, published in September 2004, can be found here. 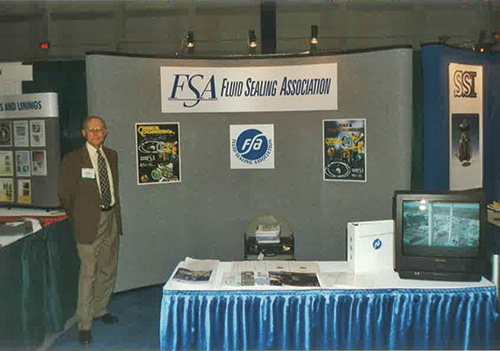 P&S: “Sealing Sense” celebrates its 10th anniversary of publication in Pumps & Systems this year. Can you tell us how this idea originated?

PP: Early in 2004, the FSA Mechanical Seal Division was looking to further its key education mission, along with FSA’s mission. A number of the division members had established relationships with Pumps & Systems, including membership in the Editorial Advisory Board. One of the division members, Bill Adams, who was with Flowserve at the time, invited Wally Evans (publisher of Pumps & Systems) and the Pumps & Systems editor to the April 2004 Mechanical Seal Technical Committee and Division meetings in Key Largo.

The purpose was to discuss partnering opportunities focused on sealing education to the pump industry using Pumps & Systems as the vehicle. Wally presented several options at the division meeting. One of the six options was regular contribution of FSA-branded editorial material entitled “Sealing Sense.” The concept was to provide practical education on real sealing issues facing the readers and to demonstrate FSA’s ongoing commitment to sealing education that is useful to the readers.

To use an old cliché, the rest is history.

P&S: What have been some of the major developments with FSA and with “Sealing Sense” in the past 10 years?

PP: First and foremost, it has been the readers’ response to the articles. Consistently, since publication began, the greatest number of “hits” on the FSA website has been “Sealing Sense” articles. This is one reflection of the relevance and interest in the practical topics covered on a monthly basis. These topics included a wide range of important pumping system issues on mechanical seals and compression packing, as well as gaskets and expansion joints.

Major developments included articles focused on energy efficiency, sealing systems reliability and total cost of ownership. These were, and still are, all timely and important issues to the pump industry. The readers’ response has also catalyzed interest in a similar effort on educational publications by the European Sealing Association (ESA).

P&S: What are some of your favorite memories from the past 10 years with “Sealing Sense” and with FSA?

PP: As I search my memories, I find it difficult to provide “favorites,” but a number of thoughts occur. As with most things in life, change is constant. When I look back over the last 10 years, there have been plenty of changes related to the “Sealing Sense” articles—both at the FSA and Pumps & Systems.

Many of these have to do with personnel changes. One experience that remained constant throughout these changes has been the professional working relationship by all those involved in the process of creating and publishing the articles. That experience stands out as my favorite during these 10 years of publication.

P&S: What would you consider your most significant accomplishments during your tenure with FSA? 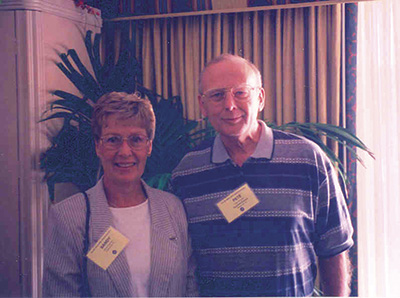 Eliciting and supporting consensus has been a key responsibility.

Taking that into consideration, the completion of the Sealing Systems Matter initiative was a significant accomplishment.

This effort focused on raising awareness of the important role sealing systems play in energy conservation and has led to inclusion of sealing systems in important pump energy assessment standards—such as the already published ASME EA-2-2009 and EA-2-2010, and the soon to be published ISO 14414.

Beyond that, I will leave it to others to make judgments about my key accomplishments. Certainly my contribution for delivering “Sealing Sense” articles over the last 10 years can be considered one of them.

P&S: What do you foresee for the future of FSA?

PP: As the needs of the sealing industry change, the FSA is faced with the challenge of responding to those needs by providing compelling value to its members and the industry. The current leadership of the FSA is working hard on initiatives that respond to those challenges, which are not unlike those faced by other groups.

Further collaboration with related associations will certainly be one of the future considerations, as it is to some extent currently with the ESA and the Hydraulic Institute (HI), for example.

I believe the FSA recognizes and is poised to address these challenges and create a bright future for the Association.

Pete Petrunich is the technical director of the Fluid Sealing Association (FSA), a North American-based international trade association established in 1933. Membership is comprised of firms who manufacture and market virtually every type of fluid sealing device or material and represent the majority of the manufacturing capacity for fluid sealing devices in the Americas market. 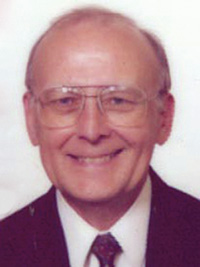 Close affiliation is maintained with the European Sealing Association. Petrunich has more than 30 years of functional and administrative experience with the technology and marketing of fluid sealing materials employed in the worldwide gas, oil, petrochemical, chemical and power industries. He served as both the vice presidents of marketing and technology for a subsidiary of Morgan Crucible, Plc.

During his tenure with Union Carbide he held various positions in technology, marketing and manufacturing. He was a key member of the team that successfully promoted the application of flexible graphite-based sealing products to the gas, oil and petrochemical industries. Petrunich holds a bachelor’s degree in chemical engineering from Purdue University and a Master of Science from the University of Toledo. Programs and course work in marketing, technology and motivational management have supplemented his formal education. He has authored several papers on topics related to the fluid sealing industry and was a contributor to the Third Edition of Technology Management: Case Studies in Innovation.

Petrunich has also been affiliated with a number of related trade, standards and technical associations. These include the American Society of Mechanical Engineers (ASME), American Petroleum Institute (API), the American Society of Testing & Materials (ASTM), the Pressure Vessel Research Council Sealing Reliability Council (PVRC-SRC), and 3A Sanitary Standards.

In 1933, 36 American and Canadian companies attended the inaugural meeting of the Mechanical Packing Association in New York. After changing its name to the Fluid Sealing Association (FSA) in 1970, the organization has grown to represent more than 85 percent of the manufacturing capacity for North America.

The FSA collaborates with several other organizations. Since 1999, the FSA has collaborated with the ESA on several technical documents and completed a joint strategic planning session that calls for additional joint ventures. The FSA has also partnered with the Hydraulic Institute (HI) since 2007.