Depending on the type of material being handled, especially the amount of abrasives and solids, ePTFE could be the best diaphragm material.
by Michael Brooks
Garlock Sealing Technologies
11/21/2017 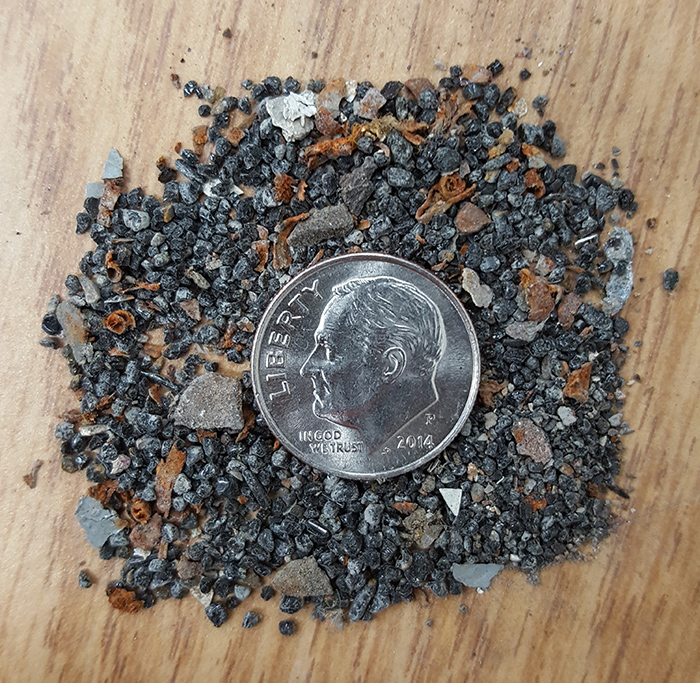 Image 1. Abrasives in the test slurry, which consisted of one part abrasives and 70 parts water. (Images courtesy of Garlock Sealing Technologies)

The problem with most elastomer diaphragms in abrasive chemical applications is they eventually weaken from chemical attack and erosion from abrasives. This results in loss of tensile strength and durometer, making them vulnerable to rupture and disintegration into the media.

Most diaphragm manufacturers use a skived PTFE made from a conventional or modified material, both of which offer strong chemical resistance. Conventional PTFE is highly crystalline and has less flexibility than modified PTFE. Modified PTFE tends to have less abrasion resistance because of its amorphous structure. 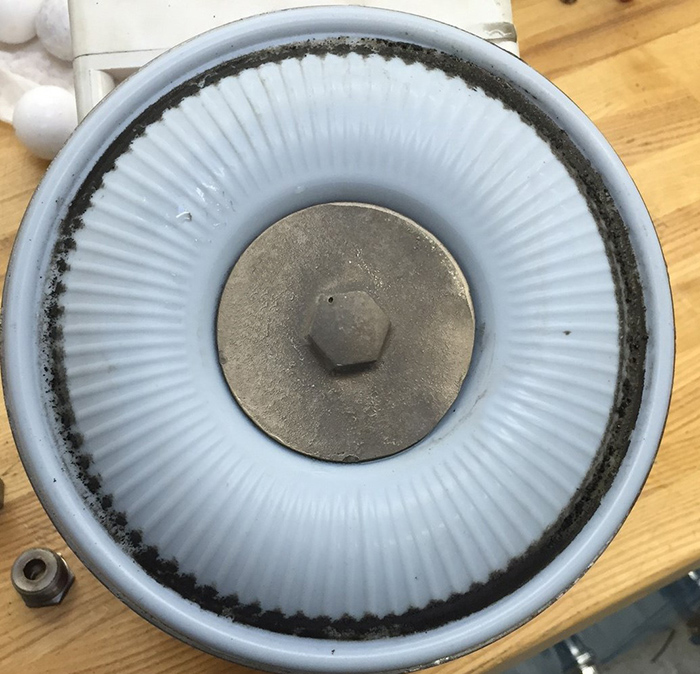 Expanded and tensilized PTFE, or ePTFE, is manufactured by a proprietary process. ePTFE provides toughness and abrasion resistance, while a rubber backing lends flexibility.

Internal testing was conducted to compare the performance of ePTFE composite diaphragms with two-piece, rubber-backed PTFE diaphragms (see Images 1-5). It involved two identical 1.5-inch inlet/outlet air operated double diaphragm (AODD) pumps at the same elevation and air inlet, media inlet and outlet pressures. One was fitted with an ePTFE composite diaphragm, and the other with a two-piece diaphragm with PTFE facing the media and a thermoplastic elastomer facing the air side. 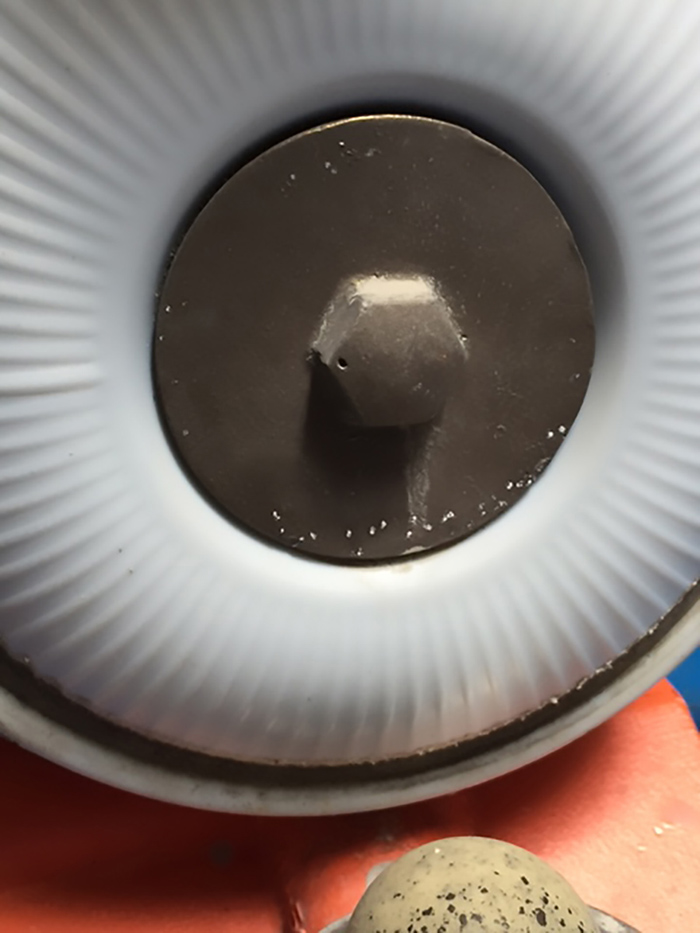 The media was a slurry of one part abrasives and 70 parts water. The abrasive media consisted of 41 to 53 percent silicon dioxide, 7 to 31 percent iron oxide, 17 to 25 percent aluminum oxide and 3 to 15 percent calcium oxide with trace amounts of various inorganic materials.

Many users of air operated diaphragm pumps encounter problems with abrasives and chemicals in the media. These problems result in expensive downtime, equipment damage, maintenance and repair costs, and lost production. 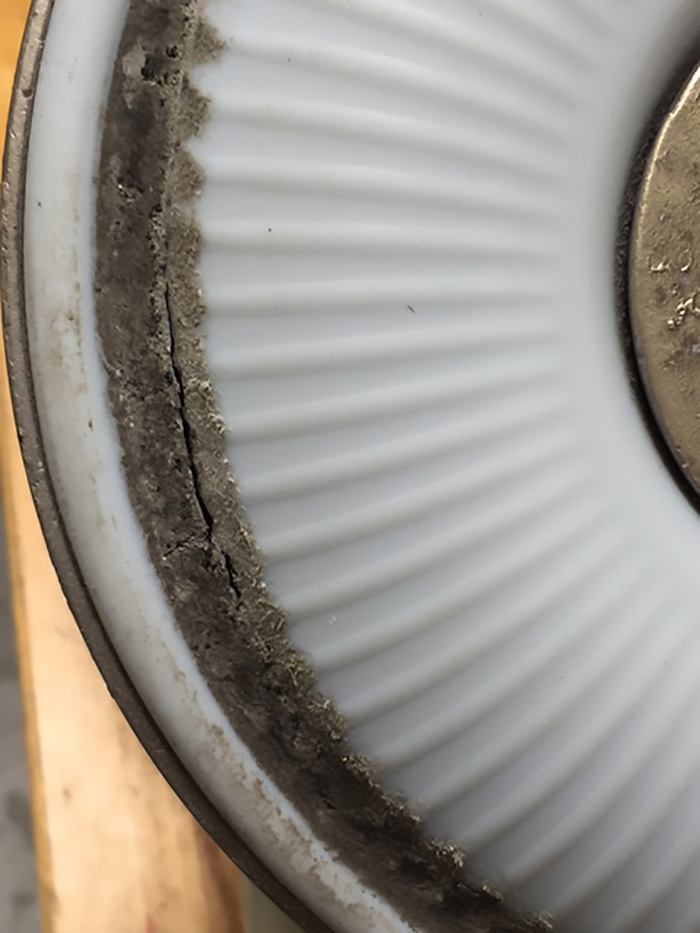 Image 4. The ePTFE composite diaphragm after 372 continuous hours of testing (2,400,000 cycles and 53,000; gallons pumped). The ePTFE began to tear, but did not break apart from the diaphragm.

One of the challenges in the field was the short life of the fluoroelastomer diaphragms that came with the pumps. Ethylene propylene diene monomer (EPDM) and conventional skived PTFE diaphragms with thermoplastic elastomer backings were used, but none lasted longer than a 30-day rental period (see Images 6-7). 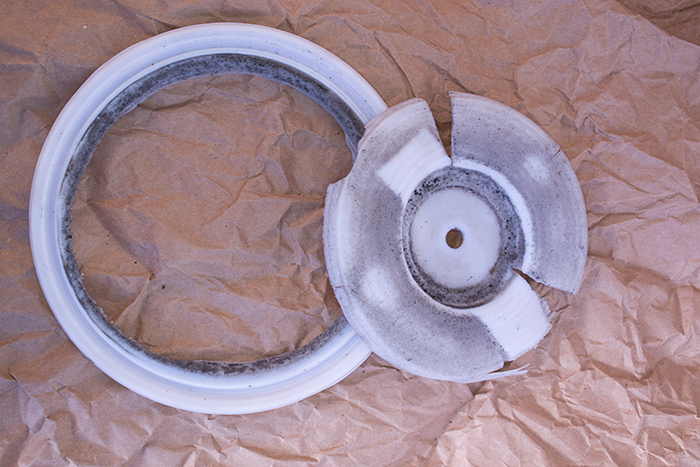 Delta Tech then tried an initial set of ePTFE composite diaphragms that lasted for more than 90 days—more than four times the life of the EPDM and two-piece PTFE/elastomer diaphragms. Most of Delta Tech’s pump applications involved coke dust, condensate and various chemical cleaning agents, which can soften the thermoplastic elastomer and tear through the PTFE.

By converting to the one-piece ePTFE composite diaphragms, the company realized significant savings in maintenance costs and system downtime. 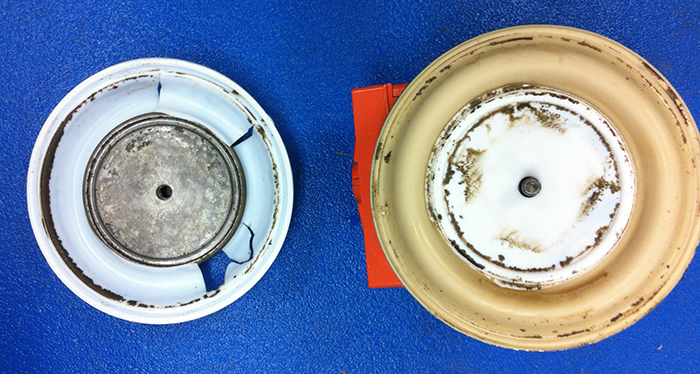 Image 6. The two-piece PTFE and thermoplastic elastomer diaphragm is shown. The conventional PTFE separated from the assembly, and pieces of the diaphragm entered the media after abrasives and flexural stresses tore it apart.

Extracting metals from a refining process requires pumps that can move various chemicals, metal fragments and dust particles. A U.S.-based company that specializes in the extraction of zinc uses 10 AODD pumps to move slurries of sulfuric acid (up to 90 percent concentration), hydrochloric acid (up to 36 percent concentration), Di-(2-ethylhexyl) phosphoric acid (D2EHPA), kerosene, metal powder and metal flakes. AODD pumps were used because of their ability to handle solids and move to different areas of the process. 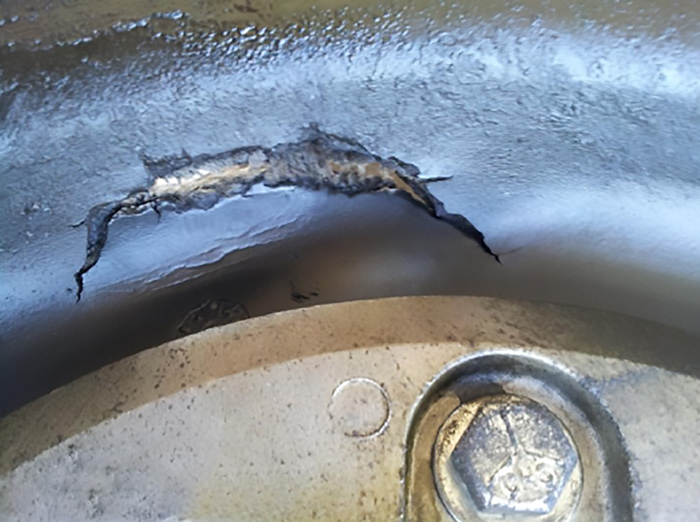 Image 7. The fluoroelastomer diaphragm was softened by the temperature and exposure to a cleaning solution. Various abrasives in the media caused it to rupture.

Abrasives in the media drastically reduced the diaphragm life. Initially, the company used two-piece PTFE diaphragms with rubber backings, which developed concentrated areas of wear that cracked and flaked off into the process media and pump motors. The PTFE was forced into the air side of the pumps, which damaged their air distribution sections and cost the company more than $5,000 per pump in downtime, repairs and other costs.

The company’s maintenance, repair and operations (MRO) distributor suggested using an ePTFE composite diaphragm with molded-in ribs to reduce concentrated flex points and compare its performance to the diaphragms they had been using.

After five weeks of operation, the two types of diaphragms were removed from the pumps and examined (see Images 8-9). 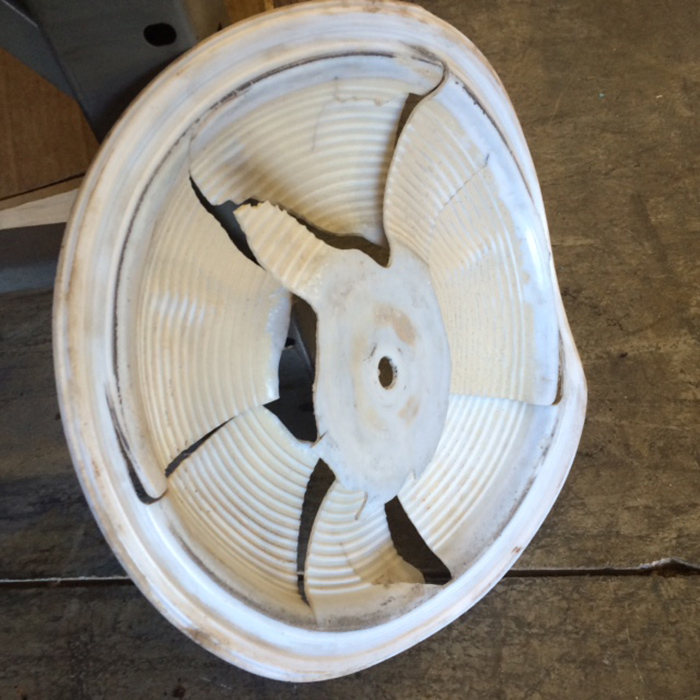 A precious metals mining company wanted to get better life out of the diaphragms in its vertical AOD pumps. These pumps operated outdoors at temperatures ranging from 15 to 100 F and inlet pressure of 40 pounds per square inch (psi) for more than 20 hours a week. The media typically consisted of 70 percent hydrofluoric acid concentration. 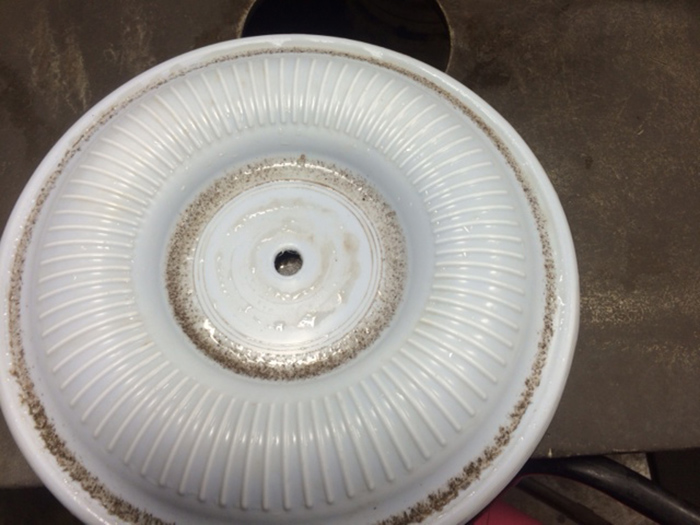 Image 9. The ePTFE composite diaphragm after five weeks of operation

The company used chlorosulfonated polyethylene synthetic rubber until it was discontinued by the primary manufacturer before trying fluoroelastomer and EPDM as replacements. These diaphragms had to be replaced every four weeks. Each replacement required two employees working an average of seven hours. This added up to 22.75 work days annually per pump.

The company’s head of maintenance selected an ePTFE composite diaphragm. It was tested for six months and the company retrofitted its pumps with ePTFE composite diaphragms. Now on a routine maintenance schedule where the diaphragms are replaced every six months, the company is experiencing greater efficiency resulting from decreased wear on their pumps and systems, less downtime and reduced maintenance. Employees are also less likely to be exposed to highly corrosive acids while repairing the pumps.

A major U.S. car manufacturer was using primarily AODD pumps to move phosphoric, sulfuric and hydrochloric acids and an abrasive slurry of dirt and metal flakes. The temperature of the media ranged from 100 to 120 F.

The company was using AODD pumps ranging from one-half to 3 inches with varied diaphragm life. They were using two-piece conventional skived PTFE and elastomer diaphragms with an average life of three months. Eventually, however, the company selected ePTFE composite diaphragms as a more durable alternative.

Testing began and the difference was noticed within months. The PTFE was no longer fragmenting and breaking off into the media; wear from the metal flakes was greatly reduced; and the rubber was not being attacked by the phosphoric acid. Based on these test results, the company began changing out the failed diaphragms for ePTFE composite diaphragms, extending diaphragm life from three months to 18 to 24 months and reducing downtime by more than 80 percent.

Michael Brooks is the applications engineer for pump diaphragms and valves for Garlock Sealing Technologies. He may be reached at michael.brooks@garlock.com or 1-800-448-6688.

Pumps
Combustion Engine Drivers in Pump Applications
HI Pump FAQs
Pumps
COVID-19’s Effect on the Wastewater Industry
Submersible Solutions explores learning tips on remote monitoring and social distancing while navigating novel coronavirus issues.
Pumps
Number of Oil & Natural Gas Rigs Falls 56% From March to May
Suppliers' deliveries to manufacturers was slower in May due to plant shutdowns, transportation challenges and importing difficulties.
Pumps
Predicting Remaining Equipment Life
Science can help with formal predictions, but uncertainties can compromise the results.
Pumps
The Basics of Pump Startup
In part 1 of this 2 part series, Jim Elsey instructs operators to do no harm.