In outdoor pump installations, the effects of a hot climate and exposure to the sun should not be taken lightly.
by Henri Azibert (FSA Technical Director)
by Fluid Sealing Association
01/21/2015

Climate has an often ignored impact on sealing systems. Damage from harsh weather conditions, such as intermittent storms or humidity, can be effectively managed. But daily exposure to the outdoors, especially where extreme temperatures are the norm, can wreak havoc on seals.

Dual seals, Arrangement 3, as specified in American Petroleum Institute (API) 682, form a system where two seals prevent process fluid from escaping into the environment. The cavity between the two seals is maintained at a pressure that is higher than the process pressure in the seal chamber. The difference in pressure ensures that any leaks will be of the barrier fluid into the process or atmosphere and that the process will always be contained.

This arrangement is also used where the process fluid has insufficient lubricating properties or is loaded with solids that would damage seal faces. In this case, the barrier, not the process, fluid is sealed. A schematic of the arrangement is shown in Figure 1. 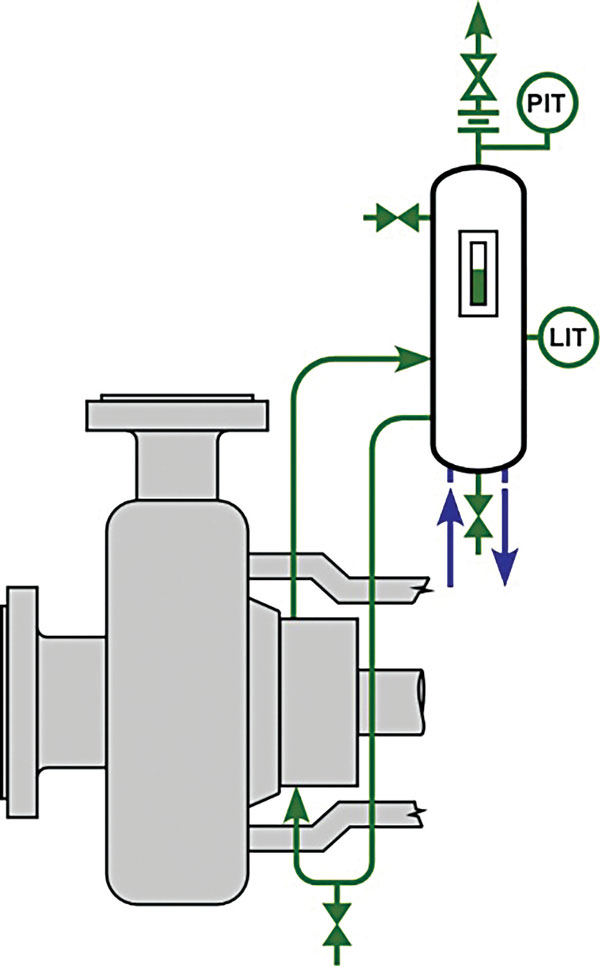 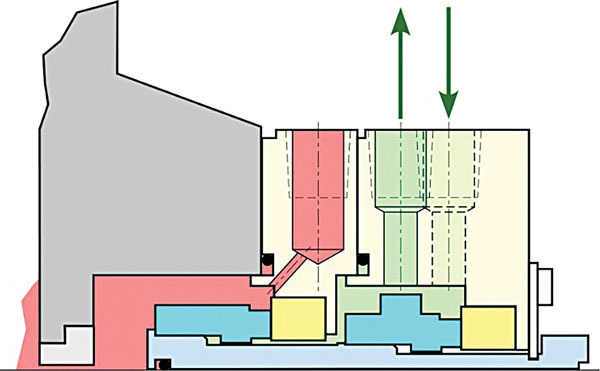 Figure 1. The schematic above shows a dual-seal system according to Plan 53A. (Graphics courtesy of the author)

A pumping ring typically circulates barrier fluid between the two seals. Natural convection also occurs when the heated fluid exits the top of the seal and cooled fluid re-enters the bottom of the seal. The tank is filled to a given level above the seal connections, and a volume of gas above the liquid pressurizes the system. The tank is then isolated from the pressurized gas source.

This design is classified as Piping Plan 53 and has several versions. This article will focus on Plan 53A, but also applies to Plan 53B.

In a pressurized dual-seal system, the barrier pressure should always be above the process pressure. While this pressure differential is essential to the success of the seal, rarely is the seal cavity pressure measured with a gauge. Instead, end users estimate the pressure depending on the design and construction of the pump, operating conditions and piping plans that modify the seal chamber pressure. The maximum pressure may easily be estimated at 7 bar (0.7 MPa, 101.5 psig) for what might be a normal seal cavity gauge pressure of 5 bar (0.5 MPa, 72.5 psi). The barrier fluid pressure would then be set at least one atmosphere higher than the maximum seal cavity pressure, or 8 bar (0.8 MPa, 116 psig). This pressure level would have to be maintained at all times, including at the minimum ambient temperature. 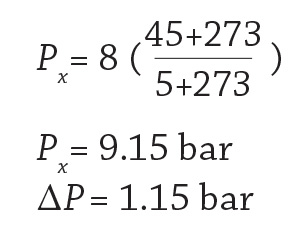 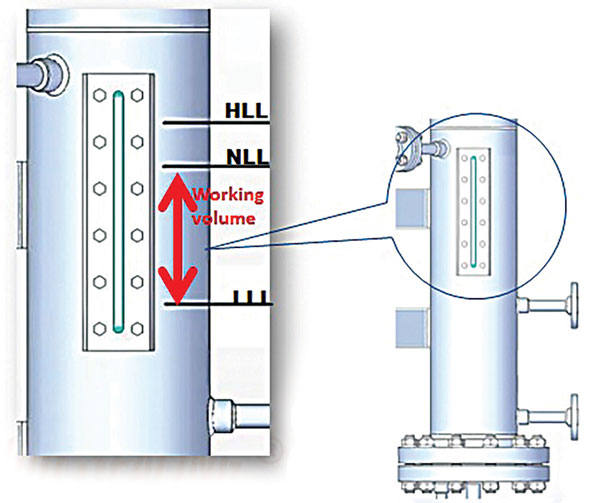 According to this simplified equation, the absolute pressure at the normal level will be 15.7 bar (1.57 MPa, 228 psi). 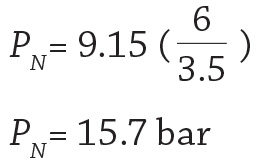 Other Sources of Heat

The seal also generates heat during operation.The heat is transferred to the tank and dissipated into the environment. An equilibrium above the ambient temperature will result. 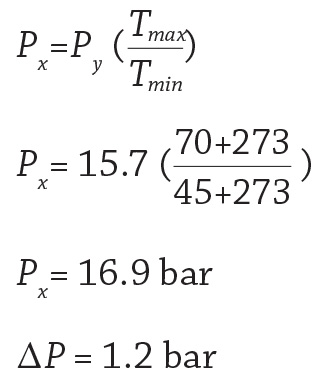 Solar radiation is a particularly important factor in hot climates, such as the Middle East or North Africa, where outdoor temperatures are some of the most extreme in the world. If the pump is outdoors in full sunlight, solar radiation could easily increase the temperature to 90 C. The daily temperature changes will have a significant impact on pressure ranges. 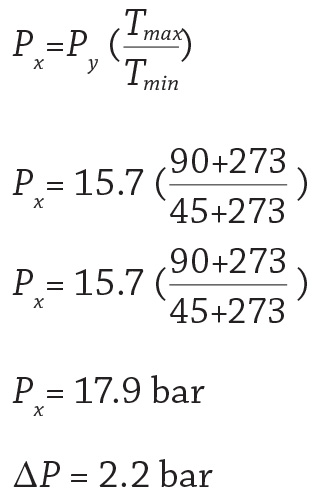 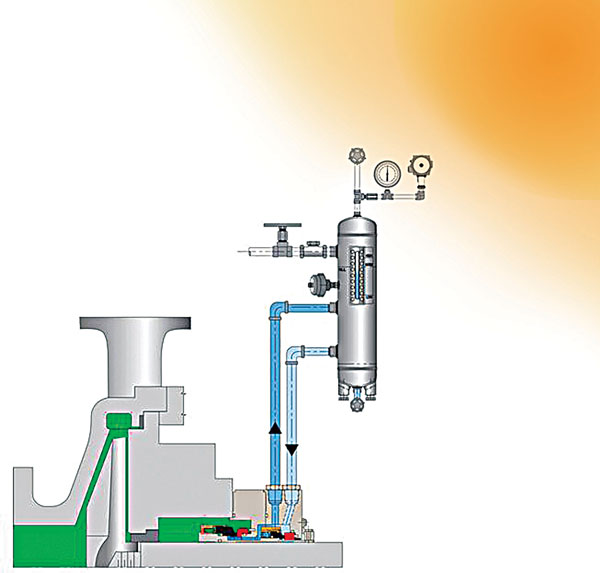 One other factor to contend with is that many dual seals are double-balanced on the inboard or primary seal. However, the balance ratio is often significantly higher from inner pressure than outer pressure. Frictional heat from the imbalance further increases the temperature in the tank, which leads to even higher pressure. This self-perpetuating cycle can easily result in reduced seal life, or even failure.

A final consideration is that a temperature rise is not the only condition to guard against. A temperature drop below the freezing point of the barrier fluid will interrupt circulation and most certainly lead to seal failure.

For outdoor installations, the following tips can protect seal life against the dangers of rising pressure from high temperatures:

The analysis applies to Plan 53A (gas over liquid) and Plan 53B (gas separated from the liquid by an elastomeric bladder). An alternative approach is Plan 53C. A differential piston effect pressurizes the barrier fluid (1:1.2 or 1:1.5) so that the barrier fluid pressure will change as the seal chamber pressure changes. It maintains constant differential pressure across the primary seal. However, the plan only allows a small volume for barrier fluid storage, and the pumped fluid must be clean.