The consequences of poor quality repairs can result in premature failure, unplanned outages and higher repair costs because follow up after the initial attempt is considered an emergency repair. That was the situation when a major fossil plant experienced an emergency failure of a six-stage, boiler feed pump element. It was a quiet holiday night when the pump had to be pulled due to lack of flow, causing a plant shutdown. Unfortunately, when the plant tried to set the spare element up on bearings, employees were unable to turn the rotor. In this case, the emergency occurred when the repaired spare element had to be used immediately after initial failure. Thus, the problems with the previous repairs were uncovered. 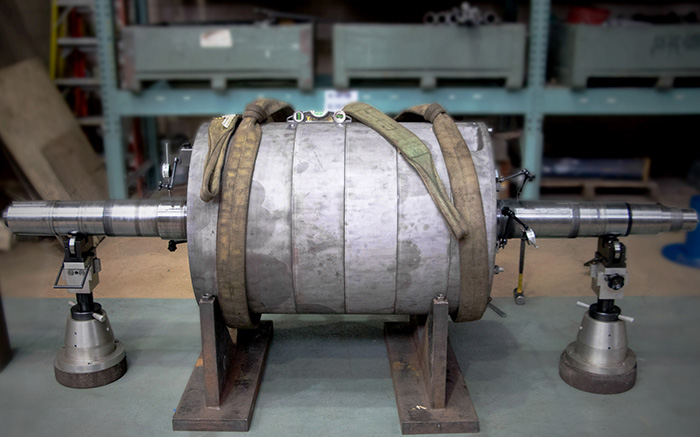 Image 1. Worthington element set on precision v-blocks, checking vertical and horizontal clearances at the suction end and discharge end. These checks are used to see if element is concentric. (Images courtesy of Hydro)

Because it was the holiday season, the plant’s usual service provider could not respond in the required time. Another pump repair company was called in to assess the problem, engineer a solution and save the plant thousands of dollars in downtime. 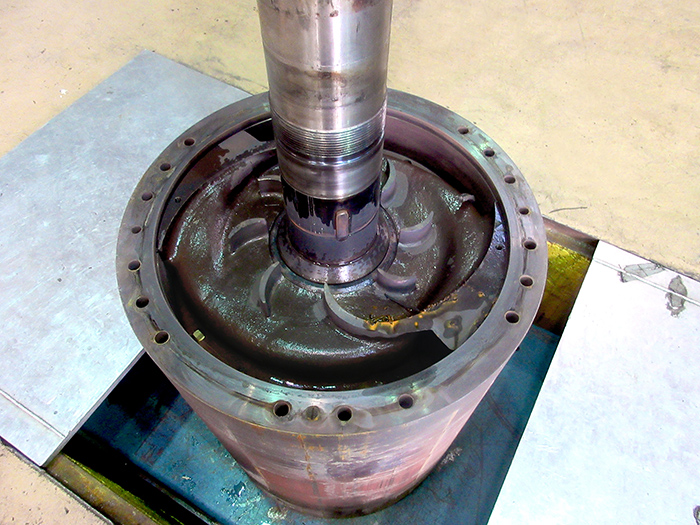 Additionally, the bearing housing was removed, and lift was checked on both ends. This is when an imbalance in the pump was discovered. The imbalance caused a rock in the pump, meaning the shaft acted like a seesaw, tilting from side to side. One diffuser added excessive clearance to its stage pieces, moving the stage pieces off center. That caused the shaft, or impeller back hub, to hit that area as it rocked.

When the element was pulled for service, the plant’s previously repaired spare discharge head was installed. Unfortunately, the discharge head also had issues during installation. The new element could not set up in the barrel.

When initial inspection of the element was complete, it was determined that the previous repair shop may have neglected critical steps during previous repairs.

The end user had the element sent to a test lab for a forensic analysis, which confirmed suspicions. During inspection, several issues were found:

The plan included welding up the diffuser locating fits on stage pieces one through five, then checking for parallelism and perpendicularity. The diffuser’s machined fit locates the diffuser while keeping it concentric to the case ring.

The diffusers were staged one through five by checking parallelism and perpendicularity of the machining, size of the locating fit for proper clearance to the stage piece and making sure it was concentric to the diffuser bushing.

The locating fit of the discharge twin volute was machine-prepped, welded and machined to a given size while keeping it concentric to the case ring, and checking for parallelism and perpendicularity.

The discharge heads and the balance disc head were ground to correct the surface finish. The wire drawing issue was fixed by setting up the volutes in the vertical turret lathe (VTL), prepping, and welding with ER309L weld wire as an overlay. It was then machined back to a standard size, giving interchangeability of this discharge head to the rest of the elements.

The discharge head’s concentricity was verified, and it was checked to be precisely parallel and perpendicular.

After chroming and grinding the shaft, the new element was ready to be built and set up in the barrel. The pump was tested and the original equipment manufacturer (OEM) pump curve was successfully met. 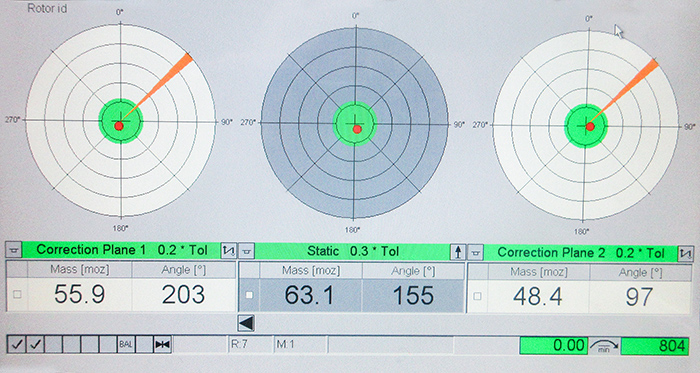 The issue in this case was quality of the original repair. The workmanship on this element illustrated that a low-cost repair performed with poor quality and lack of engineering expertise can end up being a costly repair. The problem often is that a repaired element is put into storage and the consequences are not realized until years later.

In this case, a previously-repaired spare element had to be used, but failed. Additionally, highly custom engineered pumps require on-site engineering support to ensure that catastrophic errors like this do not occur.

Dr. Gary Dyson is managing director with Hydro Global Engineering Services. He has 30 years of experience in the pump industry in senior positions with many manufacturers. As an independent pump rebuilder, Hydro, Inc. has provided engineering expertise, pump repair and support services to the industry since 1969. For more information, visit www.hydroinc.com.