How to Avoid Costly Damage in One Simple Step

This column is about the most common mistakes pump end users make daily. It is also about how to avoid these mistakes and how to fix them.

I learned these lessons the hard way.

When I entered the pump industry four decades ago, I wish someone had given me a list of common mistakes to avoid. Hopefully, I can impart some pertinent knowledge, practical tips and rules of thumb that will help the next generation of pump engineers, technicians, mechanics, operators, buyers and salespeople.

This column is not based on scientific, industry or government studies. It will be an ongoing compilation based solely on my personal pump industry experience throughout the last 43 years. My experience is not with all pumps, in all industries or in all applications. However, I believe there is much to learn for anyone who works with pumps.

My goal is simple. If I can prevent one person from destroying expensive equipment and—more important—causing an injury, then my mission will be complete.

The most common pumping mistake is not reading or following the instructions. For every field problem on which I have been asked to consult, the problem could have easily been avoided if the end user read the instruction and operating manual (IOM). Actually, many of the top 20 mistakes could easily be avoided by simply reading and following the IOM before installing and starting the pump.

Listing this as the top mistake may seem silly. Many professionals in our industry think reading the instructions makes them look uninformed. I still highly recommend reading the IOM, even if other personnel do not.

The second most common mistake is operating the pump in reverse rotation—basically, running it backward. This occurs when a pump should operate clockwise (CW) but it operates counterclockwise (CCW) or vice versa. I see this occur at least once per month. For pumps with no way to prevent the impeller from backing off—such as American National Standards Institute (ANSI) pumps with threaded shafts and impellers—this is a major issue.

By design, ANSI pumps have no key, nut or pin to prevent the impeller from unscrewing from the shaft when rotated in the wrong direction. Between a nanosecond and a millisecond after the motor is started, the impeller will begin to unthread. It will back off the shaft threads, consequently making the rotating element longer. Then it will drive itself into the casing. The impeller backs off because of the principles of inertia and momentum.

With apologies to my hero Isaac Newton for oversimplification of his first law of motion, the basic principle is that a mass at rest tends to stay at rest. The shaft turns, but the impeller will offer some initial resistance or inertia, which starts the unthreading process.

In the best case scenario, the driver—usually an electric motor—trips on overload in about one second but not before the impeller is irreparably damaged (see Image 1). When this occurs, the impeller—an expensive and intricate casting that was dynamically balanced to International Organization for Standardization (ISO) G 2.5 standards and specifications—friction welds parts of itself into the casing. The precise curvature and geometry of the vanes that would have yielded hydraulic efficiency are destroyed. The balance will be out of tolerance, and the runout measurements on the vane tips will be totally out of specification. The vane height will also be heavily compromised. At least once because the driver did not trip out, I have seen a pump torn from the foundation, and the schedule 40 steel discharge and suction piping ripped apart. 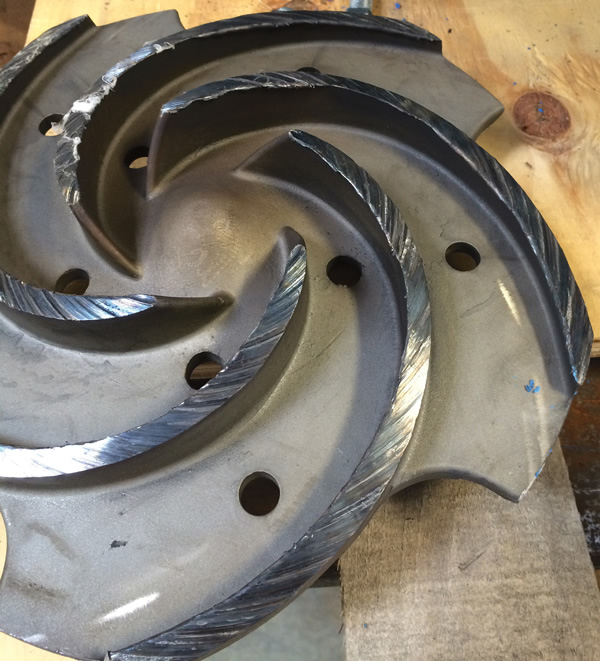 Image 1. This impeller was damaged after unscrewing from the shaft and turning against the pump casing. (Image courtesy of the author)

Many pump owners deny that the pump was operated backward. They simply corrected the motor phase rotation without taking the pump apart for inspection. They restart the pump and blame other sources for a pump that vibrates and destroys mechanical seals and bearings in the span of one month instead of five to eight years.

No matter who is to blame in these types of cases, the impeller is not replaced or at least repaired and rebalanced. The shaft is not checked for the inevitable dogleg bend that will occur in these situations.

The impeller O-ring is now positioned incorrectly and will leak fluid into the thread area, which creates another problem down the road.

The pump running backward likely also causes damage to the close tolerance and critical areas of the casing that govern pump efficiency and may preclude the proper setting of the impeller clearance for a long time. This is particularly true for ANSI style pumps that set the clearance to the casing instead of the stuffing box, back plate or mechanical seal chamber.

The impact on the bearings and bearing fits must also be evaluated. The reliability and integrity of the mechanical seal are questionable after the pump has operated backward. All these problems occur because no one conducted a rotational check on the driver before the coupling was assembled. This is one reason that many manufacturers do not install couplings at the factory. When end users ask why the coupling was not installed, this allows them to:

Often, end users assume these processes happen at the manufacturing facility. The fallacy of plug-and-play pumps will be the subject of another column. These checks are covered in the IOM, regardless of the manufacturer.

Many other non-ANSI pump designs include a component to prevent the impeller from unscrewing from the shaft if the pump operates in the wrong direction. These methods can be as simple as a key in a keyway, a retaining nut or specially shaped shafts, such as a tapered polygon design.

Some industry professionals believe a pump operating backward will cause the fluid flow to change direction—that the fluid will enter the discharge and exit by the suction. This is an incorrect assumption. The casing's geometrical design, not the direction of rotation of the impeller, determines the flow's direction. The fluid will move in the correct direction from suction to discharge, but the process will be very inefficient. Usually the inefficiency manifests mostly as noise.

A pump running backward will often be much noisier than a similarly designed pump operating in the correct direction. However, I have witnessed many pumps that exhibited little to no signs of distress running in the wrong direction.

In one instance, an end user ran a bank of six transformer oil pumps backward for more than 18 years on a 550-megavolt ampere step-up power transformer. The problem originated with its inexpensive sight flow indicator flags. The company could not discern between 600 gallons per minute (gpm) and 1,200 gpm.

This user did not suspect that the pump was running backward, because he firmly believed this would produce flow in the opposite direction. The company was happy to discover full nameplate electrical capacity and to stop overheating the transformer.

Pumps that are close-coupled present a different set of problems for which some compromises will need to be made. They do, however, offer the advantage of preventing the impeller from unscrewing from the shaft. On belt-driven pumps, the orientation of the motor or engine may require that the driver be installed in the opposite direction than it would usually be installed. In the case of some horizontal split-case pumps, the impeller can be installed on the shaft backward so the shaft is turning in the right direction, but the impeller is not. I have even seen pumps with the directional arrow cast incorrectly in the casings.

Manufacturers do not know the electrical phase rotation at an end user's facility, so users must always conduct a check without the coupling installed. A pump running backward will not always produce a lot of noise and will not pump the fluid backward. Read the IOM and check the rotation to ensure that pumps operate in the designed direction.

Jim "Maddog" Elsey is a mechanical engineer who has focused on rotating equipment design and applications for the military and several large original equipment manufacturers for 43 years in most industrial markets around the world. Elsey is an active member of the American Society of Mechanical Engineers, the National Association of Corrosion Engineers and the American Society for Metals. He is the general manager for Summit Pump, Inc., and the principle of MaDDog Pump Consultants LLC. Elsey may be reached at jim@summitpump.com.