How to Calculate the EHL Oil Film Parameter

To optimize the lubrication of a bearing, proper oil viscosity selection is essential.
by Miles Woodard
01/22/2014

Bearing life is extended when a rolling element bearing operates with complete separation of the rolling elements from the raceways. Formation of a fully developed EHL layer between the rolling elements and the raceway depends on the speed of rotation, the bearing size and type, and the operating viscosity of the lubricant. Sufficient available oil volume is also necessary for the development of the EHL layer. The film parameter (Λ) evaluates and optimizes this separation given a particular set of application conditions. This article discusses a relatively simple method for calculating the film parameter, with an understanding of the factors that affect it and how to apply it to a design project.

The EHL oil film parameter, Λ, represents the ratio between the oil film thickness (h) and the surface roughness (σ) (see Equation 1). It is widely used in the study and application of EHL. The raceway surfaces and rolling surfaces of a bearing are very smooth when viewed with the naked eye. However, when viewed through a microscope, the surface profile is not flat. Each surface has a measurable surface roughness that affects the lubrication performance of the bearing. 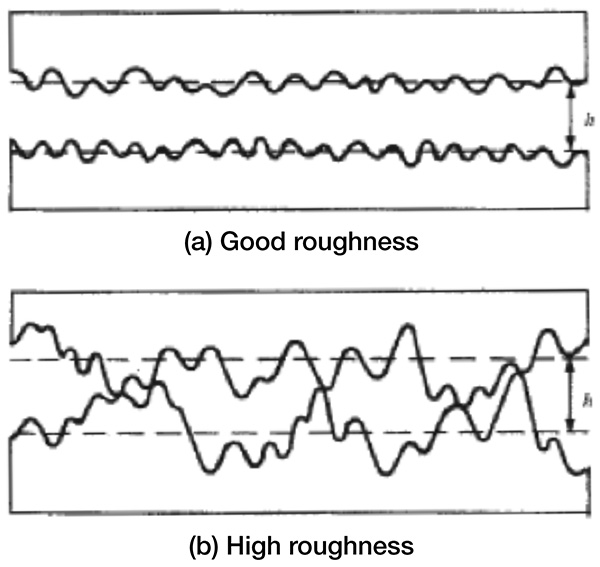 The oil film parameter is correlated to the formation of the oil film as shown in Figure 2, and the degree of lubrication can be divided into three zones (see Figure 2). When Λ is large (around 3.0), bearing life is dominated by sub-surface fatigue. As Λ decreases, surface-originated flaking becomes dominant, reducing the life of the bearing. 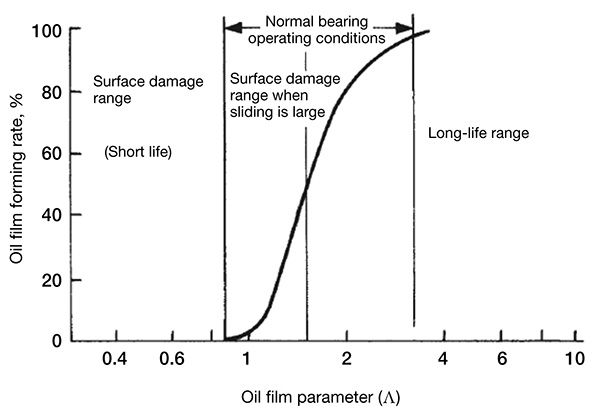 Figure 2. The effect of oil film on bearing performance

The Dowson-Higginson minimum oil film thickness equation (see Equation 2) is the thickness at which the rolling element load is highest and the film is thinnest.

Equation 2 can be rewritten by grouping into terms (R) for speed, (A) for viscosity, (F) for load and (J) for bearing technical specifications, and t is a constant.

Several factors from Equation 3 can be combined. For example, a rolling element load (P) between 98 Newtons (N) (22 pound force—lbf) and 98,000 N (22,000 lbf), F only increases by a factor of 2.54, given that F α P-0.13. Since the P is determined roughly from the bearing size and type, the actual increase in load (F) is more realistically limited to a range of 20 to 30 percent. Since this variation is relatively small in this case, F is grouped together with J (for example, F ≈ F ∙ J), yielding Equation 4.

The equation is in terms of factors that the design engineer knows: oil viscosity η0 in millipascal-second (mPa∙s) or centipoise (cp), speed n (rpm), bearing bore diameter d in millimeters (mm) and type. The following procedure can be used to calculate Λ:

Determine T from the bearing type with Table 1.
Determine R from n (rpm) with Figure 3.
Determine A from the absolute viscosity (mPa∙s, cp) and oil type in Figure 4. Generally, the kinematic viscosity ν0 (square millimeters per second, centistokes) is used and the conversion is shown in Equation 5. 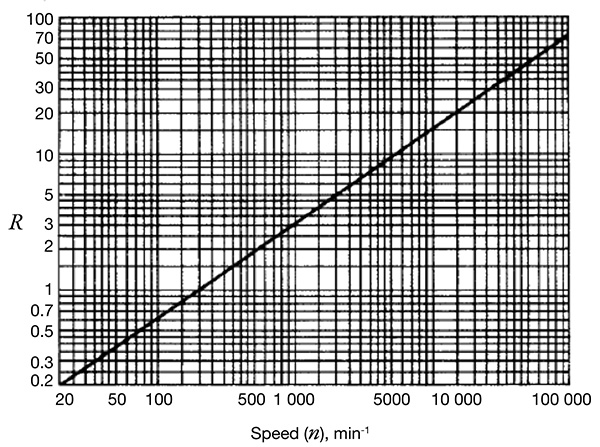 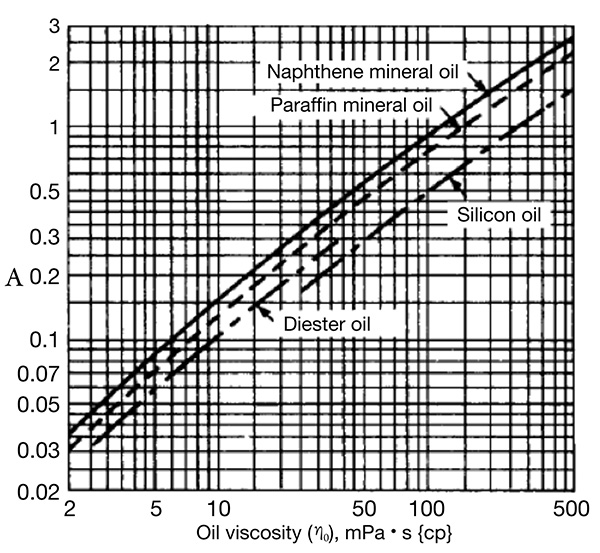 If the users are unsure if the mineral oil is napthenic or paraffinic, they should use the paraffin mineral oil curve shown in Figure 4.

Determine D from the diameter series and bore diameter d (mm) using Figure 5. The product that results from Equation 4 is the oil film parameter. 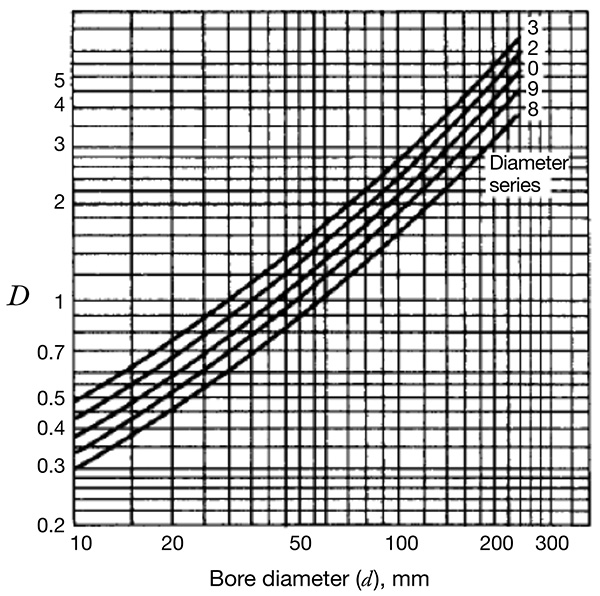 A few examples of the EHL oil film parameter calculation are described in this section.

The oil film parameter obtained using these calculations is valid when the contact ellipse inlet is fully flooded with oil and the temperature is constant. However, this may not be the case for lubrication during actual operation.

The localized temperature rise of the oil at the contact ellipse inlet caused by heavy shearing during high-speed operation will affect the film parameter. This temperature rise causes the viscosity to decrease, with Λ becoming smaller than the isothermal theoretical value. The shearing generation effect was analyzed by Murch and Wilson, who established a reduction factor for the oil film parameter. An approximation, using the viscosity, speed and pitch diameter of the rolling element set (Dpw), is shown in Figure 6.

By multiplying the oil film parameter determined in the previous section by this reduction factor, Hi, a version of the oil film parameter is obtained that includes shearing heat generation (see Equation 6). Note that it is assumed that the pitch diameter (Dpw) is the average of the bore and outside diameters of the bearing.

Understanding the factors involved in determining the proper lubrication regime for a bearing application is critical in design. The oil film parameter is a method used to employ EHL theory for this purpose. It is the ratio of the EHL oil film thickness to the surface roughness of the bearing raceways.

In practice, however, the process is more complicated, because it is influenced by bearing geometry and surface finishes, bearing type and size, rotational speed, and oil viscosity. The desired range of oil film parameter values can be derived with these factors in mind, but this derivation assumes that adequate lubrication is available and that no temperature change occurs in the rolling element contact zone. Since this is not reality, adjustments were developed to include these factors and enable the engineer to use the oil film parameter without having knowledge of the specific factors and dimensions involved. Modification of the the calculation by manipulating the application conditions or the oil viscosity allows the design engineer to optimize lubrication.

NSK Application Engineer Miles Woodard is a qualified Chief Engineer Officer in the U.S. Navy and has worked extensively with pump and compressor manufacturers for the past seven years. He may be reached at 734-913-7494 or woodarm@nsk-corp.com.