How to Compare an OEM Curve to Actual Power Consumed

How can I measure the power consumed by a pump in the field to compare to the OEM’s curve?

Monitoring a pump system’s performance through power measurements is a great way to evaluate the condition of equipment over time. Pump manufacturers typically publish the power required by the pump as a function of flow rate at a given rotational speed, which does not incorporate losses from other components. The input power to the pump is determined by measuring the torque and rotational speed at a given flow rate, or by measuring the electrical input power to a motor that has been characterized so that the motor input power can be correlated to motor output power (pump input power). Image 1 shows a typical performance curve. 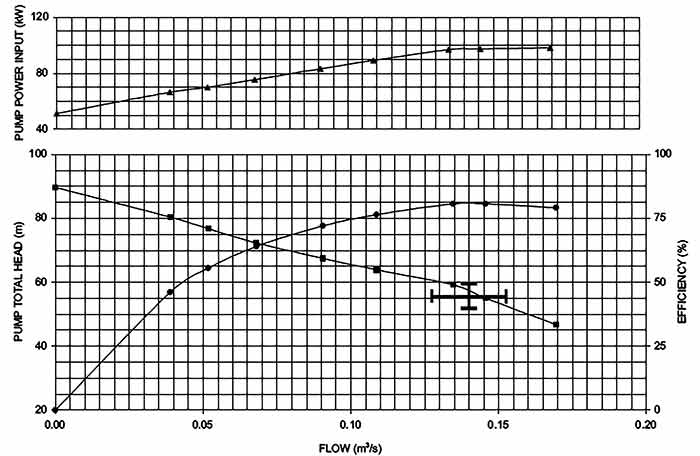 If a user is interested in trending the condition of the overall system (pump, motor, gear, etc.), then measuring the electrical input power to the motor or variable speed drive at a given flow rate and rotational speed is sufficient.

However, if the focus is monitoring the condition of just the pump and comparing it to the manufacturer’s pump curve, at a given flow rate and rotational speed, there are two options: 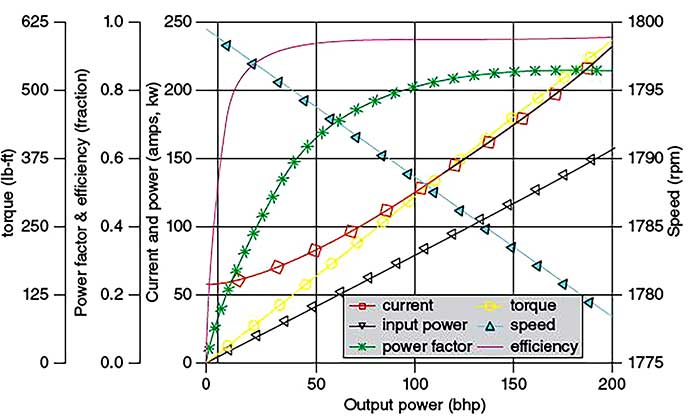 When assessing equipment in-situ, usually it is not practical to directly measure the torque on the pump shaft. Therefore, the second option is typically the most straightforward approach. The second option requires measuring the electrical input power to the motor and then correlating the motor input power to the output power. Image 2 is an example of a characterized motor curve (sometimes called a calibrated motor) used to correlate the motor input and output powers. 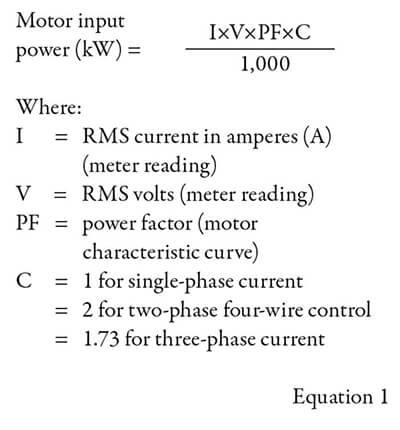 Because the data displayed on manufacturers’ pump curves are typically based on 68 F water, users should consider: 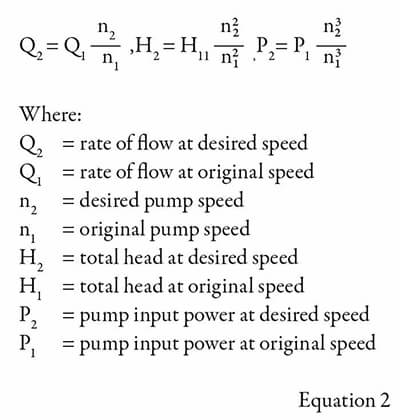 HI Pump FAQs is produced by the Hydraulic Institute as a service to pump users, contractors, distributors, reps and OEMs. For more information, visit www.pumps.org.