How to Force Balance Mechanical Seals

Pumps are one of the largest users of mechanical seals. As the name suggests, mechanical seals are contact-type seals, differentiated from aerodynamic or labyrinth noncontact seals. Mechanical seals are also characterized as balanced or unbalanced. This refers to what percentage of, if any, process pressure can come around behind the stationary seal face. If the seal face is not pushed against the spinning face (as in a pusher-type seal) or process fluid at the pressure that needs to be sealed is not allowed to get behind the seal face, the process pressure would blow the seal face back and open. The seal designer needs to consider all operating conditions to design a seal with the requisite closing force, but not so much force that the unit loading at the dynamic seal face creates too much heat and wear. This is a delicate balance that makes or breaks pump reliability.

This article will describe a new or unconventional way to balance the contact forces of the dynamic seal faces by enabling an opening force rather than the conventional way of balancing the closing force, as described above. It does not eliminate the requisite closing force but gives the pump designer and user another knob to turn by allowing unweighting or unloading of the seal faces. It maintains the needed closing force, thus reducing heat and wear while widening the possible operating conditions.

Dry gas seals (DGS), often used in compressors, provide an opening force at the seal faces. This force is created by an aerodynamic bearing principle, where fine pumping grooves help encourage gas from the high-pressure process side of the seal, into the gap and across the face of the seal as a noncontact fluid film bearing. As the closing force on the faces goes up, this aerodynamic bearing layer will get thinner but stiffer, as shown by J.S. Stahley (Image 1a).

Image 1a. The aerodynamic bearing opening force of a dry gas seal face. The slope of the line is representative of the stiffness at a gap. Note that the gap is in microns. Image 1b. Qualitative plots of fluid-film bearing parameters versus journal eccentricity ratio. Stiffness, K, and damping, D, are minimum when the journal is at the center of the bearing. As the journal nears the bearing surface, stiffness and damping increase dramatically. Image 1c. Lift versus load chart comparing orifice and porous externally pressurized gas bearings. At small gaps orifice bearings collapse but porous bearings behave as dry gas seals and oil bearings. (Images courtesy of New-Seal, Inc.)

The same phenomenon occurs in the hydrodynamic oil bearings that support most large centrifugal compressors and pump rotors and is seen in rotor dynamic eccentricity plots shown by D.E. Bently (Image 1b). This effect provides a stable back stop and is an important element in the success of hydrodynamic oil bearings and DGS. Mechanical seals do not have the fine pumping grooves that might be found in an aerodynamic DGS face. There may be a way to use externally pressurized gas bearing principles to unweight the closing force from the seal faces.

First, the pressurized gas may be injected between the seal faces in a controlled fashion rather than encouraging the gas into the seal gap with shallow pumping grooves that require motion. This step enables separating the seal faces before rotation starts. Even if the faces are wrung together, they will pop open for zero friction starts and stops when pressure is injected directly between them.

Additionally, if the seal is running hot, it is possible with external pressure to increase the pressure to the face of the seal. The gap then would increase proportionally with pressure, but the heat from shear would fall on a cube function of the gap. This gives the operator capability to leverage against heat generation.

There is another advantage in compressors in that there is no flow across the face as there is in a DGS. Instead, the highest pressure is between the seal faces, and the external pressure will flow into the atmosphere or vent into one side and into the compressor from the other side. This increases reliability by keeping the process out of the gap.

In pumps this may not be an advantage as it can be undesirable to force a compressible gas into a pump. Compressible gases inside of pumps can cause cavitation or air hammer issues. It would be interesting, though, to have a non-contacting or friction-free seal for pumps without the disadvantage of gas flow into the pump process. Could it be possible to have an externally pressurized gas bearing with zero flow?

All externally pressurized bearings have some sort of compensation—a form of restriction that holds pressure back in reserve.

The most common form of compensation is the use of orifices, but there are also groove, step and porous techniques. Compensation enables bearings or seal faces to run close together without touching because the closer they get, the higher the gas pressure between them gets, repelling the faces apart.

For example, under a flat orifice compensated gas bearing, the average pressure in the gap will equal the total load on the bearing divided by the face area—this is unit loading. If this source gas pressure is 60 pounds per square inch (psi) and the face has 10 square inches of area and 300 pounds of load, there will be an average of 30 psi in the bearing gap. Typically, the gap is about 0.0003 inches and, because the gap is so small, the flow would only reach about 0.2 standard cubic feet per minute (scfm). Since there is an orifice restrictor just before the gap holding pressure back in reserve, the load increases to 400 pounds, the bearing gap is reduced to about 0.0002 inches, restricting flow through the gap down to 0.1 scfm. 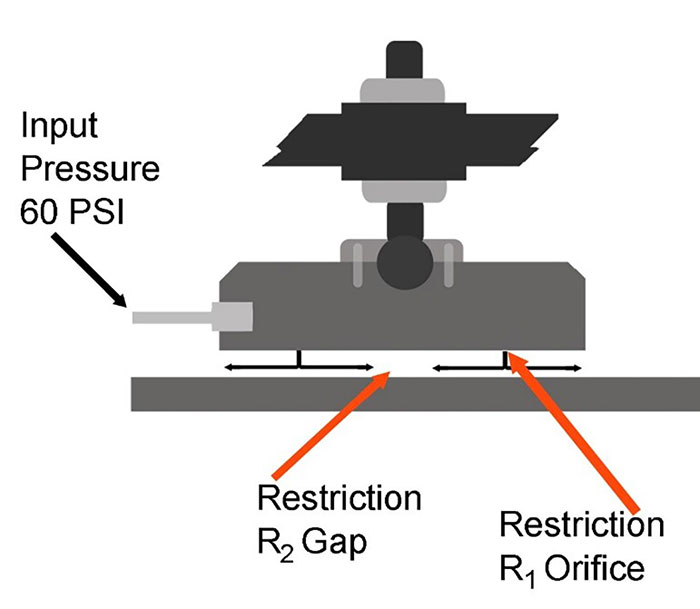 Image 2. This is a cutaway side view of a typical orifice air bearing found in a coordinate measuring machine (CMM).

This increase in the second restriction provides the orifice restrictor with enough flow to allow the average pressure in the gap to increase to 40 psi and support the increased load.

A typical orifice may have a hole diameter of 0.010 inches, but since it is feeding a few square inches of area, it is feeding several orders of magnitude more area than itself, so the velocity of the gas can be high.

Often, orifices are precisely cut from rubies or sapphires to avoid erosion of the orifice size and so changes the performance of the bearing. Another issue to remember is that at gaps below 0.0002 inches, the area around the orifice starts to choke the flow to the rest of the face, and collapse of the gas film occurs (Image 1c). 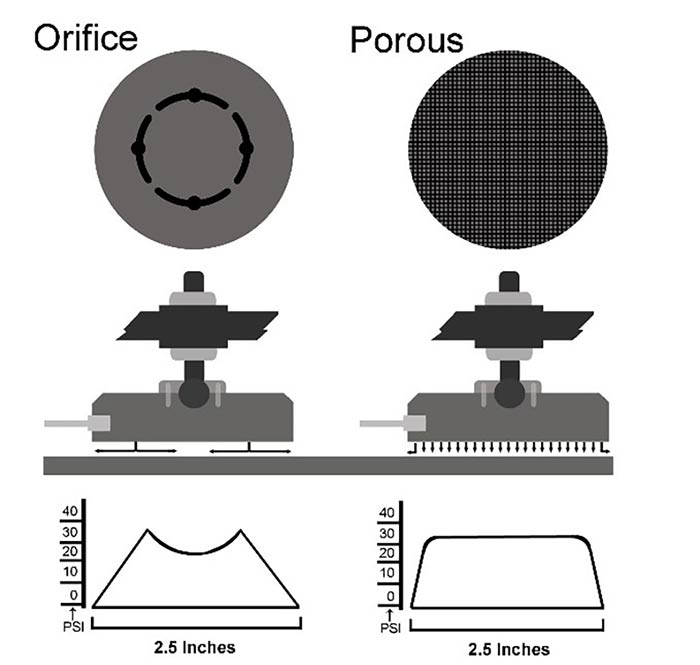 Image 3. Orifice bearings have only the area of the orifices and any grooves for the pressure to establish initial lift. The even pressure profile of porous gas bearings makes them more suited for application to sealing technology.

The same occurs at lift off, as only the area of the orifice and any grooves are available to initiate lift. This is one of the main reasons externally pressurized bearings are not seen in seal plans.

However, this is not the case with porous compensated bearing, where end users will find that the stiffness continues to increase as load increases and the gap is reduced, as is also the case with DGS and hydrodynamic oil bearings.

In the case of externally pressurized porous bearings, the bearing will be in a balanced force mode when input pressure times the area equals the total load on the bearing. This is an interesting tribological case as there is zero lift or air gap. There will be zero flow, but the hydrostatic force of the air pressure against the counter surface under the face of the bearing still unweights the total load and results in a near zero coefficient of friction—even though the faces are still in contact. 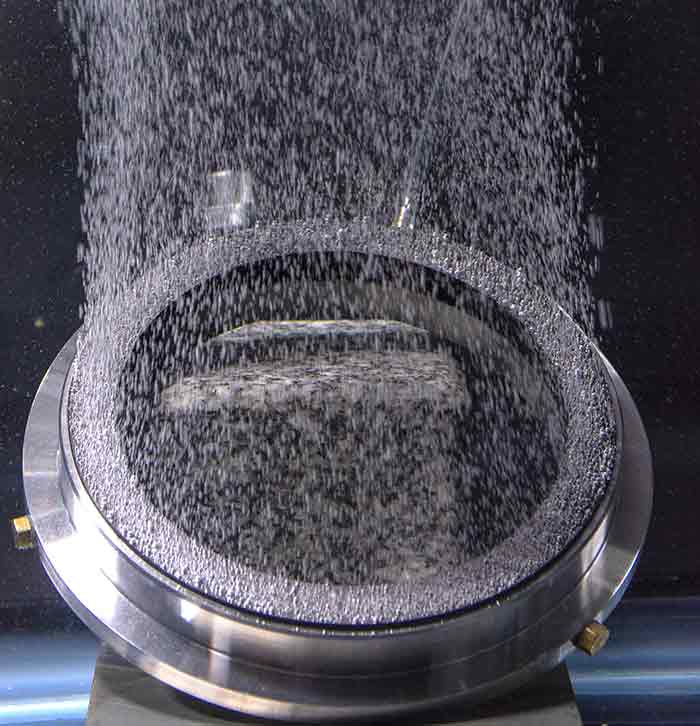 Image 4. A mechanical seal face of porous graphite showing air bleeding out of the flat lapped face. The input pressure may be adjusted to create a hydrostatic force reducing contact pressure.

For example, if a graphite seal face has an area of 10 square inches and 1,000 pounds of closing force and the graphite has a coefficient of friction of 0.1, it would require 100 pounds of force to initiate motion. But, with an external pressure source of 100 psi ported through the porous graphite to its face, there would be essentially zero force required to initiate motion.

This is despite the fact that there is still 1,000 pounds of closing force squeezing the two faces together and that the faces are in physical contact with each other.

A class of plain bearing materials—such as graphite, carbons and ceramics such as alumina and silicon-carbides that are known in the turbo industries and are naturally porous—can be used as externally pressurized bearings. These provide noncontacting fluid film bearings.

There is a hybrid function where external pressure is used to unweight the contact pressure or the closing force of the seal from the tribology that is going on in the contacting seal faces.

This allows the pump operator something to adjust outside of the pump to deal with problem applications and higher speed operations while using mechanical seals. 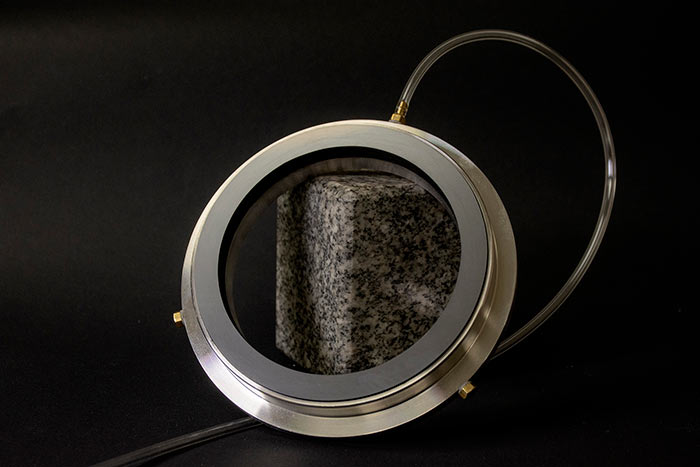 Image 5. A mechanical seal face of porous graphite that has been lapped flat.

This principle also applies to brushes, commutators, exciters, or any contact conductor that may be used to take data or electric currents on or off rotating objects. As rotors spin faster and run out increases, it can be difficult to keep these devices in contact with the shaft, and it is often necessary to increase the spring pressure holding them against the shaft.

Unfortunately, especially in the case of high-speed operation, this increase in contact force also results in more heat and wear.

The same hybrid principle applied to mechanical seal faces described above can also be applied here, where physical contact is required for electrical conductivity between the stationary and rotating parts.

The external pressure can be used like the pressure from a hydraulic cylinder to reduce the friction at the dynamic interface while still increasing the spring force or closing force required to keep the brush or seal face in contact with the rotating shaft.