How a Municipality Saved $1.7 M in Wasted Water

Flat Rock Springs was a peaceful, pleasant part of the landscape.

Unfortunately, it was not a natural spring.

In reality, Flat Rock Springs is a relatively low-flow leak that had spilled 250 million to 500 million gallons since the late 1980s, according to Tennessee’s White House Utility District (WHUD), a municipal agency north of Nashville. 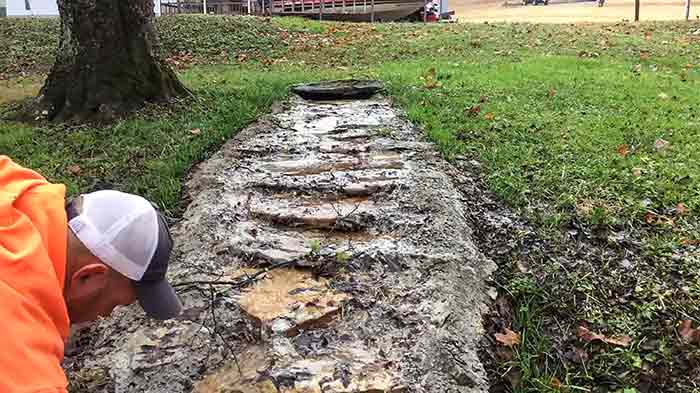 Image 1. A customer of the WHUD thought this pipe break was a stream. Another WHUD customer named the “stream” Flat Rock Springs. Flat Rock spilled an estimated 250 million to 500 million gallons of water for over three decades before WHUD determined it was a leaky pipe. (Images courtesy of OSIsoft)

Leakage, or nonwater revenue loss, is a chronic and growing problem for water utilities. On average, a utility should expect to lose around 10 percent to 15 percent of its water on the voyage from the treatment plant to the faucet. Unfortunately, the total is often much higher.

Globally, the World Bank estimates that the world collectively loses 32.6 trillion liters of water a year, or nearly enough to fill China’s Three Gorges Dam to the brim every year with clean, treated water.

The Source of the Problem

Why is so much water being wasted? There are several reasons. Water networks are often old (20 percent of San Francisco’s water lines are over 100 years old), spread out across thousands of square kilometers and underground. Additionally, budgets are tight and customers are exceedingly demanding. Water has to be there. No one wants their shower to be only “17 percent loaded” like on Netflix.

The problem gets even worse in emerging nations. Approximately 45 percent of the people in the world live in drylands, defined as regions that get 600 millimeters (mm) or less of rain a year, according to Alon Tal, a professor at Ben-Gurion University.

Here is the good news: leakage can be fixed. In fact, water recovery has become one of the cheapest forms of sourcing water. Bluefield Research estimates water from leaks costs on average $1.21 per 1,000 gallons in the United States, less than half of the cost of traditional water.

The techniques for reducing leakage vary. WHUD, for, instance, previously used acoustic sensors to try to locate drips. As you can imagine, it was often time-consuming and inefficient. They could hear leaks, but they were not easy to pinpoint. 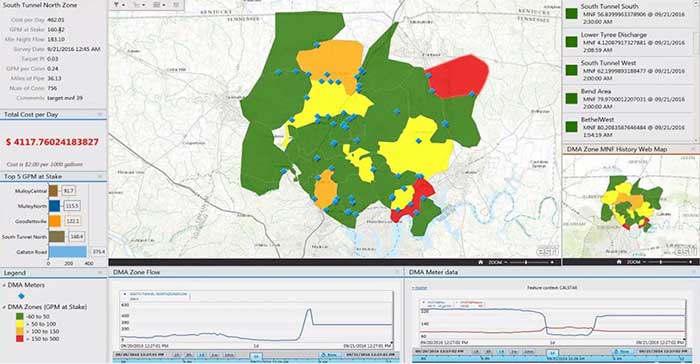 Image 4. A WHUD control console display of consumption, leakage losses and maintenance priorities (red, green and yellow). Typically, technicians will start their day by checking a screen like this. Previously, it could take hours to merge the data sources.

In 2015, the utility district took a new tack. It planted flow meters across its service to get visibility into water consumption on a roughly block-by-block basis. WHUD invested in meters; data capture and synthesis software that captures and organizes data so employees understand water consumption and where it is taking place; mapping; and installation. This software captured and organized data so employees could easily understand what was going on.

In a clever twist, WHUD did not track daytime use. Instead, it compared inflow and outflow between 1 a.m. and 4 a.m. Daytime use varies; some people use far more water than others. But nighttime use, WHUD reasoned, should be consistently low. Any street or address where consumption was more than 26 gallons per minute (gpm) was a strong indication that the people living there were either insomniacs who bathed quite a bit in the middle of the night or, more likely, living next to an underground, undetected leak.

Within three days, the utility found a leak that was losing 280 gpm, or enough for 2,239 homes for the region. People thought it was a stream.

“Our water treatment plant was having to run one hour a day just to feed that leak,” WHUD geographic information systems (GIS) director Carl Alexander said. “Without us knowing there was a problem in that area, we would have never been able to stumble upon it.”

Use Data to Tap into Savings

Maynilad in Manila did something similar, but on a much larger scale. It used flow, pressure and other data from meters and sensors to precisely triangulate the location of an underground leak. Unusual declines of pressure or flow were taken as symptoms of a leak. Over the next few years, leakage was cut in half and the number of people living in Manila who were getting adequate service over the full day rose from around 50 percent to more than 90 percent. Pinpointing the source of leaks also reduced the cost of repairs by reducing the amount of leaks. Fixing some leaks has dropped from $1.7 million to $1,250 per leak. 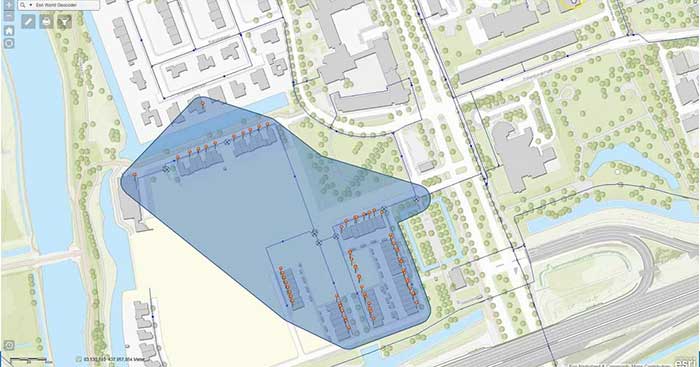 Image 2. Evides in the Netherlands has developed a series of apps that quickly analyze operations data and serve up alarms. The pictured application shows the location of a recent pipe burst and how it is spreading.

Once utilities begin using data, their consumption grows. Evides in the Netherlands has an in-house technology initiative called GAMEs in which engineers are building applications for detecting sudden breaks or providing notices to residents about outages. In the first year, it created 50 experimental applications and is moving toward commercializing the most vital ones into its operations.

In the United Kingdom, United Utilities in Manchester developed applications for predicting water consumption 24 hours in advance or predicting which drains will most likely clog.

Image 3. United Utilities in the U.K. has developed algorithms that predict water consumption 24 hours in advance with 98 percent accuracy and drain overflows by six hours. UU plans to use the information to reduce pumping activity and save energy. The applications were developed in-house in conjunction with a university.

Again, the formula is similar. Real-time data from machinery is captured, cleaned and turned into a trend line by a software application. Sudden changes mean trouble. The data can also be plotted on a map or compared to locations, the historical norm or other metrics to fuel predictions.

Stopping leaks, of course, will not solve all of the world’s water problems. Water utilities, and consumers, are going to have to adjust their attitudes toward water. That means conservation as a lifestyle, markets for water rights, and new pricing mechanisms that put the real cost of consumption on consumers. The technologies for increasing supply like desalination and water recycling will also need to be lowered in price.

Software also cannot be viewed as a magic bullet on its own. Data generated by pumps and other pieces of equipment piles up quickly, so to take advantage of it requires training and buy-in from the organization. Taking on leakage, however, is an effective way to start to rethink the approach to water.

Michael Kanellos is the industry champion for water at OSIsoft. For more information, visit www.osisoft.com.