How a Power Monitor Aids a Plant in Times of Crisis

It might seem unusual to begin an article by talking about toilet paper, but the challenges of finding bathroom tissue during the COVID-19 pandemic are well-known. Because of the shortage, Crestline Sanitation District in California, a sewage collection, treatment and disposal services organization, encountered a trickle-down effect that could have caused asset failure.

Creative Alternatives Can Clog Up the Works

During a crisis, people tend to think outside the box. That is what Crestline customers did when, suddenly, toilet paper became one of the world’s hottest commodities.

Unbeknownst to most people, the flushing of temporary toilet paper replacements, including wet wipes, paper towels and T-shirts, created unwieldy problems for many wastewater treatment plants across the globe. Even before COVID-19, wet wipes were costing facilities billions of dollars in damage annually, according to the National Association of Clean Water Agencies (NACWA).

Fortunately, Crestline had the right tool at the right time—a three-phase power monitor—to help them mitigate the issue.

The organization’s Southern California headquarters are in Crestline, and its 100 miles of pipeline weave up and down the panoramic San Bernardino Mountains and Lake Gregory area. A 14-person team operates and maintains three wastewater treatment plants and three lift stations to serve 4,700-plus commercial and residential customers. Some of Crestline’s coverage area is only accessible on foot because of its topography.

The facilities range from 45 to 65 years old. Similar to many other aging wastewater treatment plants, daily challenges include continuous maintenance of aging infrastructure systems and increasing compliance and regulatory requirements.

Initially, the district purchased the power monitor to help its maintenance team get to the root of a baffling problem and a potentially disastrous situation when the two lift pumps at Gregory station were exhibiting unusual activity.

The variations in the station’s twin pumps caused high-level alarms to go off, signifying that it was on the verge of spilling raw sewage into a municipal lake.

“The problem with the site is that it’s 10 feet from a public lake,” said Jordan Dietz, electro-mechanical specialist for Crestline Sanitation District. “And if we spill, we go directly into the lake in seconds. So, it’s a really critical location.”

Fortunately, the alert provides the team with 30 minutes to respond, which gave them time to remediate the problem temporarily by running pumps by hand. However, the maintenance team still needed to figure out why the event occurred to prevent it from happening again.

Typically, the station’s pumps run at 20-minute intervals to maintain a constant flow of wastewater. The team noticed that each pump was running differently than the other, even though the pumps were identical and installed at the same time. They could not determine why the motor variable frequency drive (VFDs) control system and some of the starters were showing different amperages. 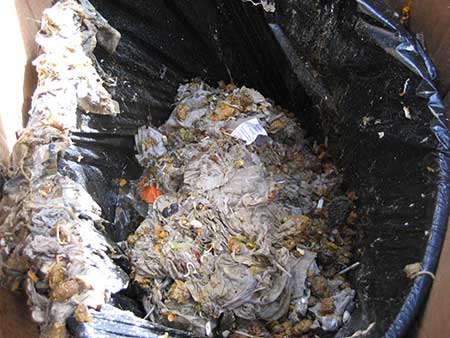 “The fact that two identical pumps had two different trends was really the key that got us to see that something was wrong,” Dietz said. “Even if the water level got to the same point, it wasn’t starting the motors as quickly as it should.”

After further troubleshooting, the maintenance team recognized it was not a mechanical problem and began focusing on possible electrical issues. Dietz knew the power monitor’s capabilities and immediately put the tool to use.

“It was the three-phase power monitor that enabled us to see that the pumps, and ultimately the entire station, weren’t grounding properly,” Dietz said. “We isolated it down to harmonics and line voltage fluctuations that were causing varying amperages and VFD anomalies. We were able to diagnose, modify and mitigate the problem by using the power monitor.”

The team continued to use the portable device regularly to monitor pumps, motors and entire systems to help identify plant energy inefficiencies and determine where to make upgrades.

Then the coronavirus hit, and many workers were required to work from home.

The maintenance team’s ability to monitor power remotely has enabled them to manage and maintain assets continuously during the pandemic. The captured data is stored in the cloud and accessible to personnel working anywhere—in the field, at the plant and from home via a PC, laptop or mobile phone. When predetermined thresholds are breached, a notification is sent automatically to a maintenance worker’s smart device, alerting them of the change in condition.

“Thanks to the necessity for remote work, the [power monitor] has been greatly instrumental for us,” Dietz said. “My department got downsized for the pandemic, and since that time, the three-phase power monitor has been used for remote monitoring of our main plant, and specifically our influent bar screen. With the influx of wipes and paper towels being used in place of toilet paper, our influent systems have seen increased load.”

A bar screen is a critical asset that captures trash before it can enter the system. If the screen experiences a substantial overload of wipes and rags, it can cause motor failure or other issues.

“As a safety measure, we added the power monitoring to ensure that we always have the correct power to our first line of defense against the rags—the bar screen,” Dietz said.

Then, in early April 2020, the team needed a tool to assist when an unseasonably late snowstorm hit the area.

“We got a big storm that changed our weather from spring to winter and gave us 2 feet of snow,” Dietz said.

“This caused a multitude of unplanned outages and weird voltage events. Because of the [power monitor], we were able to respond before anything negative happened and get the generator handling the issues.”

Due to the pandemic, Dietz’s job has transitioned to remote connection management, electrical oversight and repair, and a sundry of other critical tasks. Although the change has forced some of Crestline’s plans to take a backseat, the team carries on.

“Individually, we certainly have our weaknesses,” Dietz said, “but we function incredibly as a team and persevere.”