How a VFD Could Replace a PLC

Both variable frequency drives (VFD) and programmable logic controllers (PLC) have benefited from advances in processor technology and memory capacity. In the case of PLCs, this has led to easier programming, smaller components and the ability to process more complex mathematical and logic applications.

The main issue with the PLC option is the proprietary nature of the PLC programming. Unless the end user has a ladder logic programmer on staff, the creation of the source code that runs the PLC is written by an outside company or independent contractor. This necessity ties the end user to the programmer for the initial programming. Any subsequent revisions, additions or troubleshooting comes at additional cost. Programmers may not want to release the source code as it represents trade secrets used and owned by the programmer. 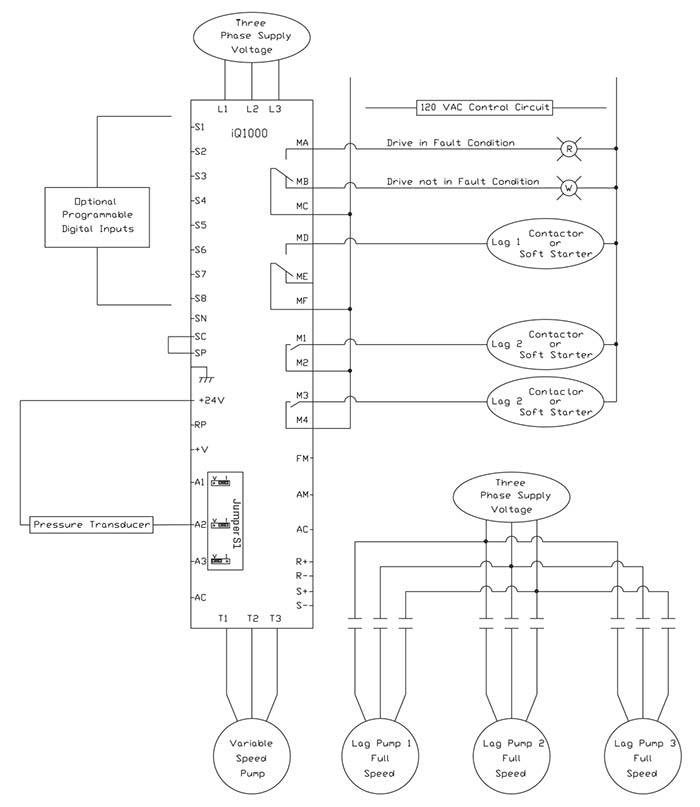 So, while there are advantages to PLCs, such as scalability both in functions and input/output (I/O) and the ability to perform complex logic and mathematical functions, there are some disadvantages. These include:

While VFDs may not replace PLCs for certain complex pumping applications, it is possible to use VFDs to replace the PLC in most simple pumping applications and even some more complex applications, such as pump multiplexing. Even when using a PLC, the addition of a properly programmed pumping VFD can reduce the I/O required on the PLC, reducing both hardware and programming cost. 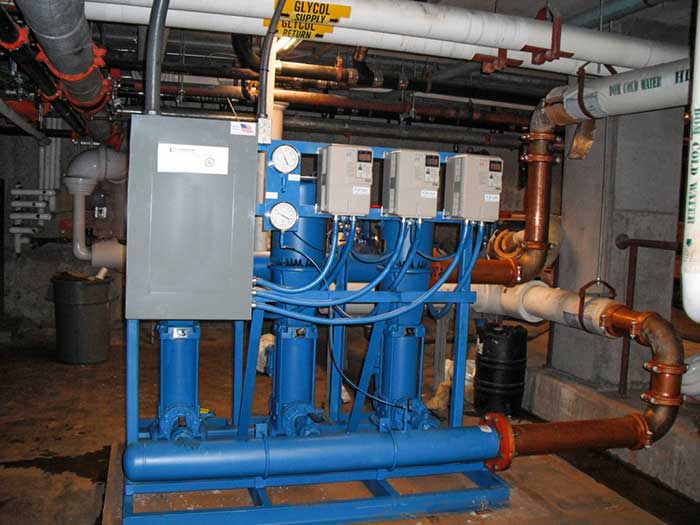 Some advantages of VFDs that include embedded pump functions are:

What types of operations can a VFD with embedded pump functions perform? 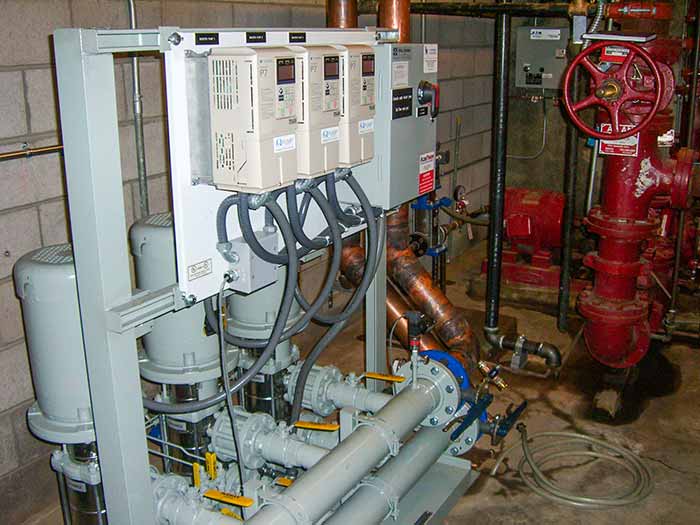 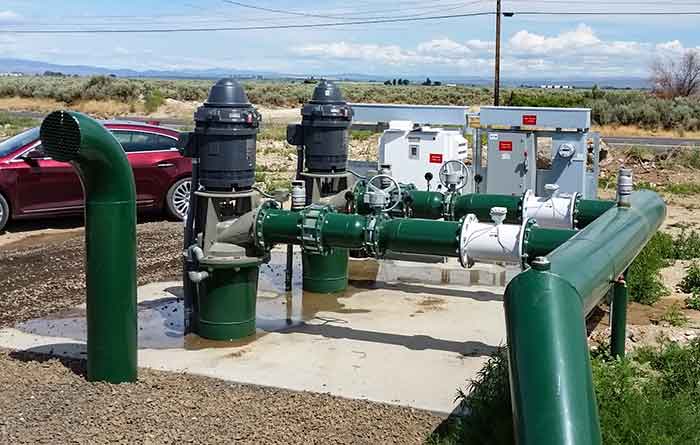 Image 4. Two-pump system with one on the VFD and one running across the line and controlled by the VFD

One of the most complex applications that had been the exclusive implementation of the PLC in past years is multiplexing multiple pumps and bringing them on and off as demand changes.

This is preferred to sizing the pump on expected maximum demand, which can result in running the pump to the left of the performance curve. This is a condition that can accelerate pump wear as well as result in a loss of wire to water efficiency. In some cases, end users have oversized a pump in anticipation of future demand, resulting in running the pump in an inefficient mode for extended periods of time. If that increase does not materialize, the result is a waste of the capital investment.

A more elegant option is to multiplex multiple pumps together that discharge into a common manifold.

Using a VFD capable of multiplexing allows the end user to purchase pumps that match current demand and add additional pumps at a later date if the demand requires additional flow. All that would be required is the common manifold to plumb in the additional pumps. Such a technique has been successfully applied to agricultural and building booster stations for more than a decade. 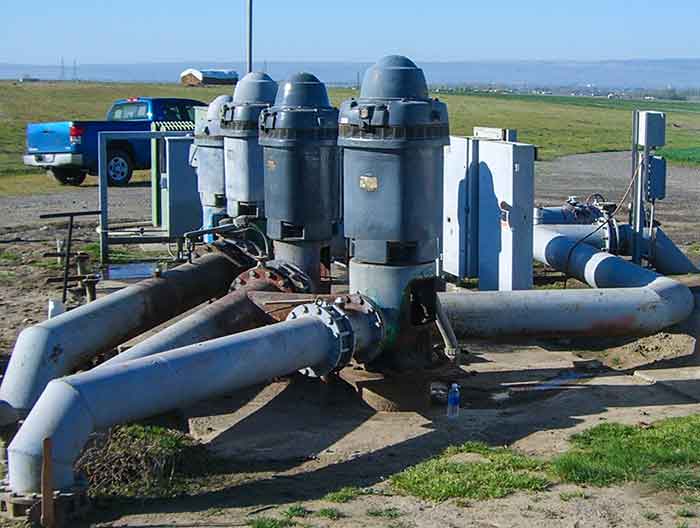 Image 5. 150-hp vertical turbines multiplexed with one running on VFD and three running across the line 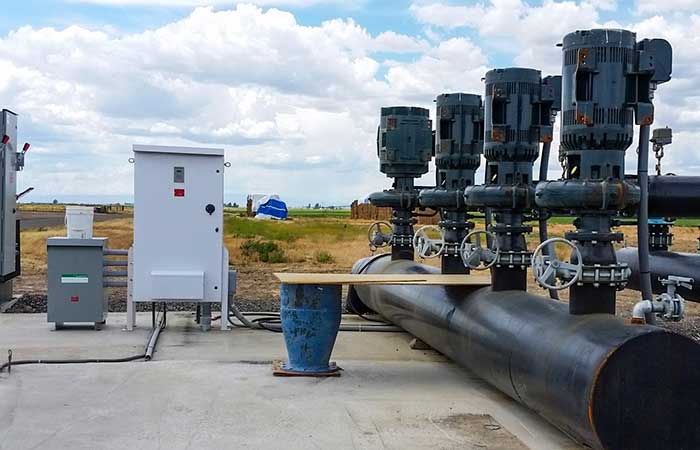 Image 6. Four pumps multiplexed on one VFD running one pump and the other three running across the line

These systems vary in size from multiple 10-horsepower (hp) pumps on building booster applications to multiple 500-hp lift stations supplying large pivot farms. Currently, there are hundreds of these systems operating in the United States.

Any form of multiplexing gives the user multiple options, and losing one pump will not result in bringing the entire system down. If any pump fails, there are others still running, and if the VFD fails, the remaining pumps can run in bypass. Getting a replacement VFD quickly is a better prospect than getting a replacement PLC programmed on short notice.

VFDs may not replace PLCs in all applications. However, VFDs are now capable of replacing many to the advantage of the end user in the form of reduced procurement cost, enhanced control of setup, available technical support, training of staff and overall standardization. VFD manufacturers are constantly working to increase features so the future will belong to more VFDs with embedded pump specific firmware.

Dan Peters is an applications engineer at Yaskawa America Inc. He may be reached at danny_peters@yaskawa.com. For more information, visit www.yaskawa.com.