Harnessing institutional knowledge—it is a popular topic of discussion in the pump industry. Here, we pay tribute to and highlight the accomplishments of four such experienced professionals to learn what they want the next generation to know.
by Jennifer King
06/29/2021

William Cassidy can sum up his role as an engineering supervisor with the Orange County Sanitation District in three words: “I’m a fixer.”

“I like hydraulics—that’s my expertise. Some people interpret that as an expert in pump station design,” Cassidy said. “I don’t think of myself as an expert, but I enjoy the aspect of applying concepts that are built around steady state flow to a dynamic world. I like the ‘what ifs’—it’s problem- solving.”

Cassidy said he credits his father with teaching him that kind of tenacity. As a child growing up in a rural area, he saw how his father rigged up water service for the family home from the nearby creek. “My father was very inventive; he didn’t have a formal education, but he was a smart man,” Cassidy said. “Look what my father did without an education just by looking at stuff and figuring it out. He built a custom well because he couldn’t afford to do what everyone else did. 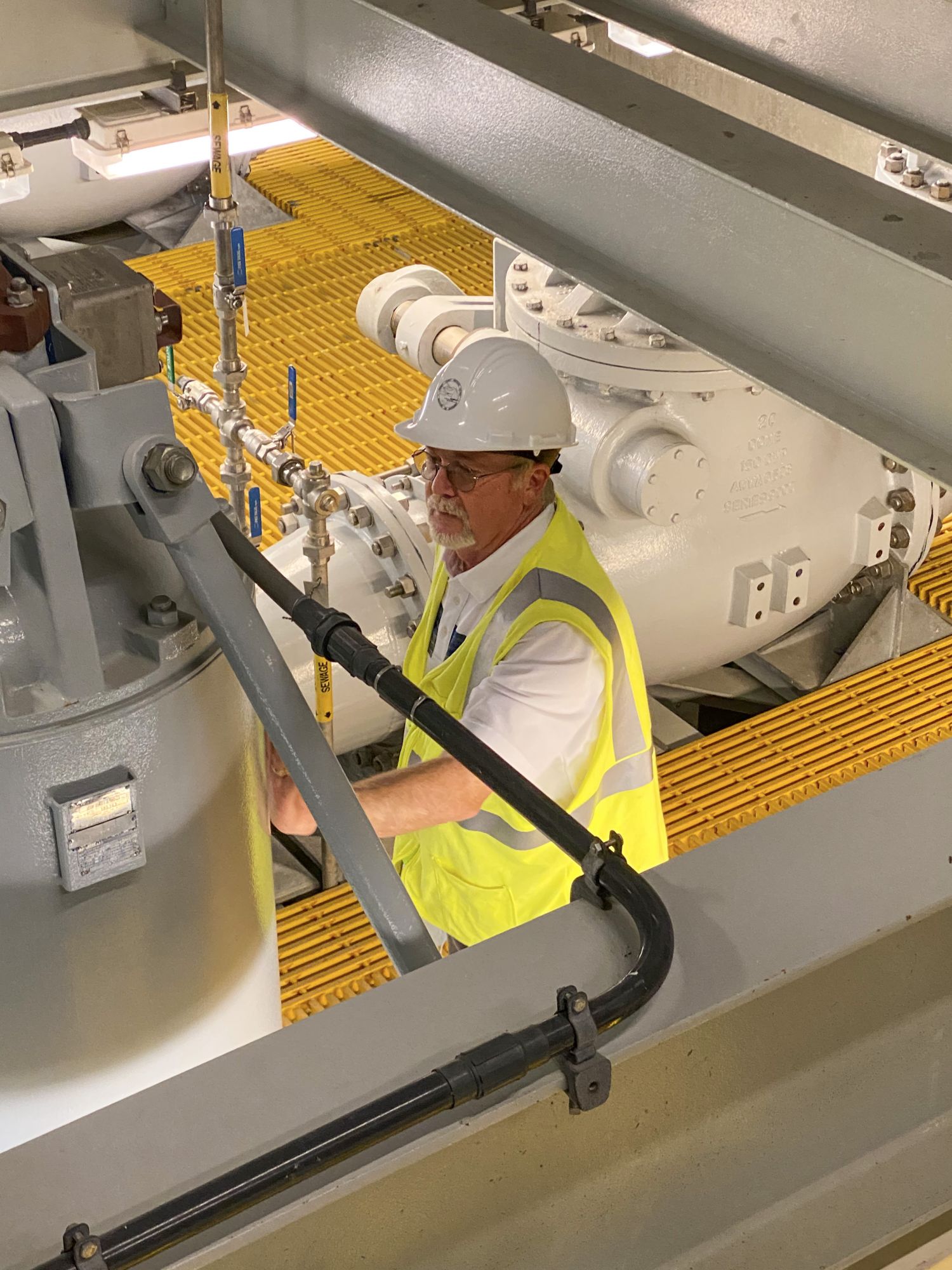 “I don’t know if that subconsciously got me involved where I ended up in the water industry.”

Cassidy, 62, lives in Capistrano Beach, California and holds a degree in mechanical engineering.

“My principal career has been in moving water around, in pumps and hydraulics. The other training I had is more on-the-job experience, and some formal training at conventions within the industry associations and training brought in by my employer who would bring in trainers on various subject matters,” Cassidy said. “But I consider my on-the-job training, seeing things in the field and learning from doing, as the best training I had in reality.”

In addition to hands-on training, Cassidy said that while engineers who are new to the industry may come in thinking the job will mostly be technical, that matters less than people skills because “if you can’t convince the stakeholders involved that your recommendation is correct, you’re missing a piece.”

“As much as they think their career and studies are on the technical side, engineering is still a people job. You can’t get away from that, no matter what your technical expertise is, you’ve still got to sell yourself and sell your ideas to others,” he said. “If you’re a consultant, you have to sell it to a client. In my position with a public agency, I have to sell it to my bosses. Don’t view it as a technical job. The people side is just as important or even more.”

As he nears retirement age, one of the challenges Cassidy foresees is conveying the knowledge he and other experienced engineers have to the younger generation.

“I have taken over mentoring interns and mentoring younger engineers, getting them to prepare to understand the concepts in great detail,” he said. “We apply a lot of steady state equations in situations, whereas in reality, it’s really a dynamic world we live in. We’re applying steady state equations in a dynamic situation…I’m trying to make sure the younger generation understands the basic concepts behind it and apply that to a dynamic situation.”

“If they actually work in the field where pumping is being maintained or a project is being constructed, they’ll see the real thing and become a better designer,” he said. “If you can see it all built and put together, you’ll be a better designer and manager in the office.”

Working with these younger engineers has been a highlight of his career, Cassidy said, and even after retirement, he hopes to continue to contribute in this way.

“I’ve been fortunate to be granted the assignment to supervise interns and the younger engineers,” he said. “Being able to work with the young engineers, the interns especially, in guiding them and teaching them more than just the technical aspects of the job, but also encouraging them to promote themselves.”

Earlier in his career, Cassidy said being an introvert made dealing with people more difficult. But he’s grown in that regard. He’s also seen a lot of change in the industry overall, especially in the realm of data-keeping and preventative maintenance.

“With the advent of computers and information, a large part of the difficulty is being overwhelmed with so much information and so much of it still requires a person to input it. We have flow meters at the discharge of all the pump stations—that data is collected and stored. So, when I need to do an analysis, I can pull up data and see over time how the pump is doing,” Cassidy said. “But a lot of the work is tracked by work orders or some system and the maintenance is planned out. You execute it, but you have to document the detail of what you did. Before you just executed it and said it was done. Now you have to give the detail and establish a track record.

“Before you fixed it, you’re done, you don’t think about it until it breaks again. So, there’s a lot more data and more information to do your job today. Being more proactive than being reactive. That approach of fixing it before it breaks.”

While Cassidy has targeted retirement for four years from now, he said he’ll likely stay involved with the industry in some way.

“The way I grew up, I don’t know if I will ever fully retire,” he said.