The industry needs motors—lots of them—in all sizes and with wide-ranging features and capabilities.

Depending on the application, these motors might be installed indoors or out, some in clean rooms and others in harsh industrial environments. Their power can range from less than 1 horsepower (hp) to more than 5,000 hp.

Some are designed to be mounted vertically; others, horizontally.

Because of these variations, the design, installation, operation and maintenance can differ, especially when comparing horizontal and vertical motors. Failing to recognize these critical differences can lead to serious operational problems, particularly during installation and startup.

Conversely, the more a user knows about these differences, the more likely the motors and equipment they drive will enjoy long, productive lives.

Here are six key differences that are critical for users to understand.

Electrically, vertical and horizontal motors are similar. But mechanically, they are constructed differently due to the applications and cooling requirements.

Vertical motors are directly connected to the equipment they drive. Because these are designed to take high loading in the axial direction, but little in the radial direction, they are exclusively mounted in a vertical position on their flanged base. The base should be stable with the shaft perpendicular to it with minimal run-out. This is important on hollow-shaft motors because a nonperpendicular shaft can destroy the upper thrust bearing almost immediately.

While normally mounted horizontally, horizontal motors are sometimes mounted vertically for use with small pumps, gearboxes and other equipment. Foot flatness is critical when the motor is mounted to its base. The sole plate or mounting base must be properly grouted so there is no distortion or shifting over time, which can lead to alignment and vibration problems. 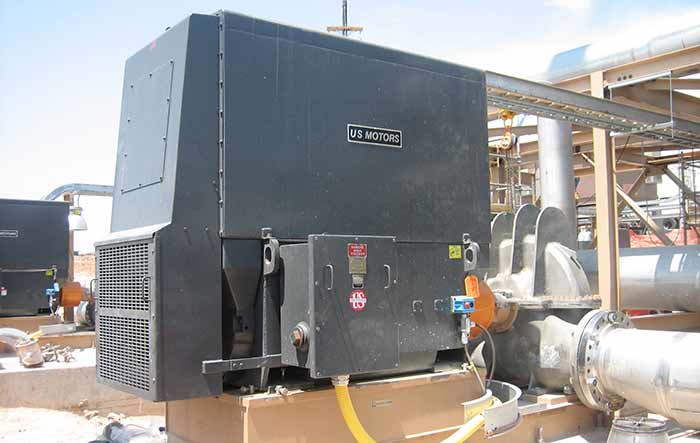 Image 2. An example of a horizontal pump motor

The most critical design difference between horizontal and vertical motors is the bearing system design. A general purpose horizontal motor is typically built with external shaft loading in either or both the radial or axial direction.

Larger horizontal motors frequently use oil-lubricated rolling element bearings (ball or rollers) or hydrodynamic, oil-lubricated sleeve bearings. While rolling element bearings operate with loading in the radial or axial direction, hydrodynamic sleeve bearings withstand little axial load and are designed for moderate radial loads—usually no more than the rotor’s weight. Vertical motors, on the other hand, are expected to handle the axial or radial thrust associated with the pump they are driving. They typically have a single thrust bearing, along with a single guide bearing. Thrust bearing selection is based on load, with alternatives available to handle anywhere from 10 to 1,000 times the axial load of a typical horizontal motor.

The guide bearing is not expected to handle significant load during regular operation. In calculating bearing life, it can be difficult to determine the actual loading on a bearing. Premature failure can occur if the calculation or thrust load is inaccurate.

Premature bearing failure in a vertical or horizontal motor is often due to the maintenance staff using the wrong—or wrong amount of—lubricant. Lubricant selection is based on multiple factors, including temperature, exposure to moisture or other contamination, motor speed and bearing type. The best practice is to follow the recommendations of the motor’s manufacturer, many of which include relubrication instructions on a nameplate directly on larger vertical motors. For horizontal motors, this information is often found in an operations manual.

Before making substitutions to the recommendations and risking premature failure, it is important to communicate with the manufacturer. When relubricating hydrodynamic bearings, for example, it is often a mistake to change oil viscosity. Oil film thickness is critical on horizontal sleeve-bearing vertical motors, where it can lead to severe oil leakage. On vertical oil-lubricated motors with higher-than-normal ambient or operating temperatures, a synthetic lubricant may be used. The motor manufacturer can provide guidance.

For grease- and oil-lubricated bearings, the amount of lubricant is critical. Overheating and leakage are possible when too much or too little is used to fill the reservoir on the job site. To avoid spillage, manufacturers ship vertical oil-lubricated motors without oil in the oil reservoir. Follow the motor manufacturer’s instructions carefully when filling these reservoirs. There is a difference between the amount of oil shown on the oil site gauge when the motor is running and when it is stopped. Manufacturers generally indicate the proper oil level for when the motor is at a standstill. While both horizontal and vertical oil-lubricated motors may have separate cooling reservoirs, horizontal motors—especially on large compressor applications—may share the lubrication system with the driven equipment. Vertical motors with spherical roller bearings are not designed to run without an adequate amount of down thrust to preload the bearing and keep the rollers from skidding.

If the motor runs disconnected from the pump, the rollers may skid and damage the bearing. Check with the manufacturer for instructions before running the motor uncoupled for an extended period of time.

Vertical motors can experience greater vibration than horizontal motors. That is because horizontal, foot-mounted motors are bolted to a solid base. With vertical motors, only the lower end is attached to a mounting flange, while the upper end remains unsupported. Most vertical motor vibration problems involve system resonance. Because system reed critical frequency (RCF), a function of motor and base fitness, can be difficult and costly to correct in the field, steps should be taken during design and equipment procurement to ensure that RCF is not within the application’s operating speed range. While the motor usually exhibits high vibration, an RCF issue is likely to be an issue of system resonance rather than motor rotational balance. In this case, the “system” includes the motor, pump head and foundation. Proper pump installation is just as important as mounting the motor to the pump head. Noise level differences are not necessarily related to mounting position. Vertical motors sometimes reflect sound reflection from overhead structures or ceilings; horizontal motors typically do not.

The Tip of the Iceberg

These are just a few of the differences between vertical and horizontal motors. There are also differences in the ways motor performance is tested under load—and what to expect in the results. Thrust bearing requirements, belted applications, soft foot conditions, and more can also impact performance and should be considered when specifying, designing, installing, operating and maintaining electric motors. All are key to a long, productive life.

Helmuth Glatt is vice president of engineering at Nidec Motor Corporation. He may be contacted at helmuth.glatt@nidec-motor.com. For more information, visit www.nidec-motor.com.