That’s what happened at a water utility district in rural Illinois, where repeated pump failures had raised the cost of maintaining chlorine residual levels—until a smart digital dosing pump solved the problem.

The troubled chlorine dosing pump at one of the water district’s booster stations could not handle the continuously high water pressure and was developing repeated leaks.

Big Challenge for a Small Town

Following a sand filtration system that removes mud and other particulates, the water supply operation adds chlorine disinfectant to inactivate any disease-causing organisms. The treated water is then pumped four miles to the booster station, where a second dosing pump adds additional sodium hypochlorite disinfectant to maintain EPA-mandated levels throughout the utility’s water distribution system. 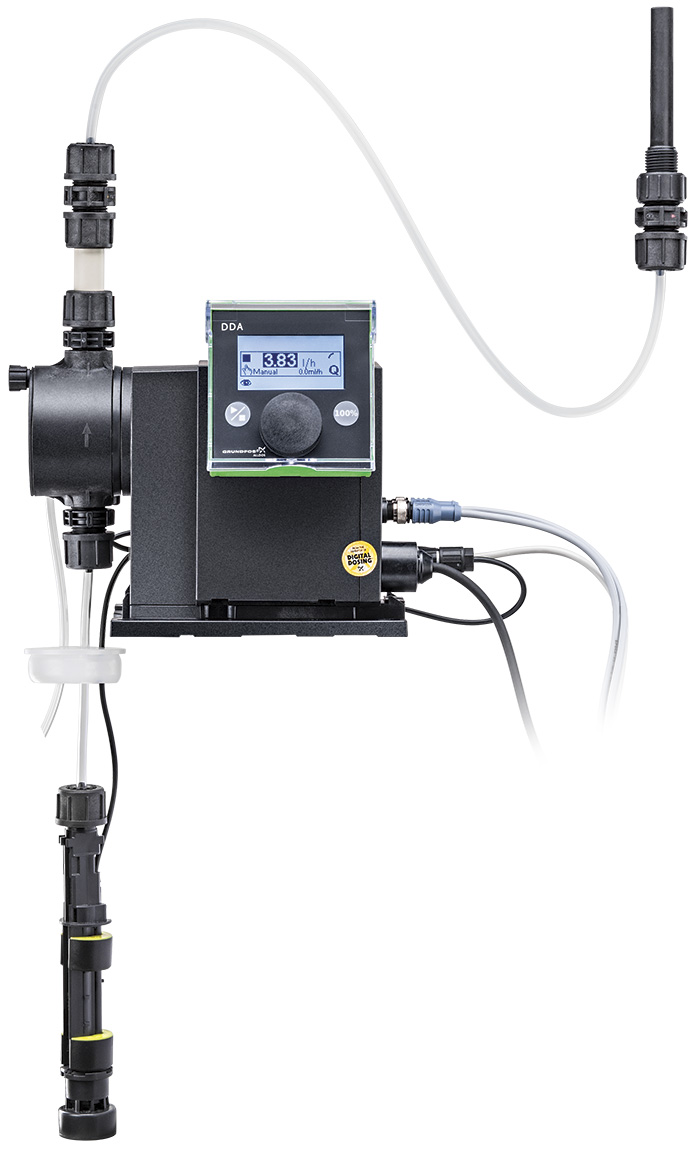 Image 1. The controller is equipped with an intelligent drive and microprocessor to ensure that each dose is performed precisely and with low pulsation, even when pumping high-viscosity chemicals or those with off-gassing properties. (Images courtesy of Grundfos)

The booster station pumps an average of 20,000 gallons of water per day through a six-inch main for delivery to four rural communities, the furthest of which is approximately 16 miles away. To reach these distant residential service connections, the pump must achieve a pressure of between 110-120 psi.

“High pressure and heavy use was overstressing the dosing pump, which sits downstream of the booster pump and has to overcome the incoming line pressure in order to be effective,” explains the water utility plant manager.

The failing pump was a peristaltic hose type that had been installed as a replacement for a traditional solenoid-actuated diaphragm pump. The initial diaphragm pump had failed due to vapor lock—a condition caused by off-gassing chemicals, in which air becomes entrapped in the pump, preventing it from maintaining prime.

This phenomenon commonly occurs when the pump is sitting idle, often at night or when flow demands are low. It’s a common issue with solenoid-actuated diaphragm pumps.

By contrast, a peristaltic hose pump can easily handle fluids containing particulates, bubbles or trapped gases without the danger of vapor lock. However, its hoses are prone to leaking under system pressures greater than
100 psi.

That’s what happened in this application. Even though the system’s 110-120 psi water pressure was only slightly above the dosing pump’s capacity, its hoses still developed repeated leaks.

Those leaking hoses were responsible for upwards of $3,000 in annual maintenance and repair costs. Moreover, the caustic chemicals leaking from the pump were corroding the pump room’s steel floor and emitting dangerous fumes, creating a safety hazard for maintenance workers.

Most importantly, the malfunctioning dosing pumps were not maintaining the necessary residual chlorine levels in the treated water.

Water Down the Drain

When water quality was compromised—about once every month—the utility was required to dump the nearly 100,000 gallons in the pipe between the booster station and the remote customer taps. This was done by flushing it through a fire hydrant at the end of the line. The flushed water also had to be dechlorinated, at an additional cost.

The plant manager sought guidance from a pump supplier, who recommended a smart dosing pump. The pump is designed to accurately inject chemicals into system pressures up to 232 psi without losing prime. In other words, the pump could accurately meter gaseous fluids without vapor locking and its pressure capacity was nearly twice that required by the utility station.

Still, the plant manager had his doubts. “I was skeptical about trying another diaphragm pump because of our prior experience,” he said, noting that the vapor lock issue is what led him to install the peristaltic model in the
first place. 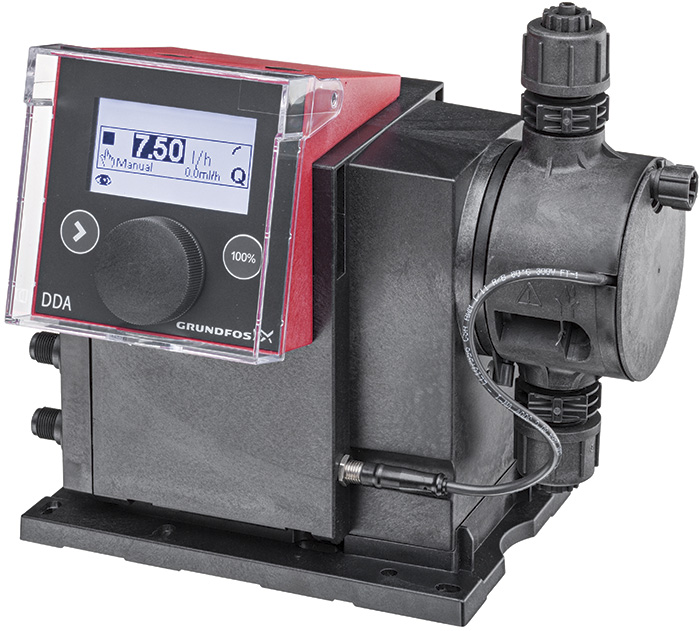 But the smart dosing pump has some important differences. Neither a conventional solenoid actuated diaphragm nor a peristaltic style pump, this particular pump offers the ability to build high pressure without vapor locking.

While most diaphragm pumps vary output by adjusting the length and frequency of the pump stroke, the electronically controlled stepper motor in the smart dosing pump allows the duration of each discharge stroke to vary according to the set flow capacity, while keeping the speed and duration of each suction stroke constant. Said differently, the pump always operates at full stroke length, regardless of injection volume, ensuring optimum accuracy, no loss of prime and no suction disturbances.

An intelligent drive and microprocessor controller ensure that each dose is performed precisely and with low pulsation, even when pumping high-viscosity chemicals or those with off-gassing properties. Metering accuracy is further increased by a 3000:1 turndown ratio to provide increased flexibility at small volumes.

What is most impressive is the stepper motor’s ability to operate in multiple positions that allow it to start and stop precisely, and even to operate in reverse.

The stepper motor’s reverse capability enables a feature called auto-deaeration, which causes the diaphragm and check balls to flutter, removing air from the suction side of the pump before the pump starts cycling. This is what eliminates the possibility of vapor lock or priming failures. The pump will alert operators if there are air bubbles inside the pump during operation or while it is in standby, and it offers standard features that display and/or correct failures such as:

“We suggested the digital dosing pump for this application because we knew it would provide them with the repeatable accuracy and performance reliability they required,” said the pump manufacturer. “The utility no longer has difficulty maintaining the proper chlorine residual levels, and no longer suffers the performance failures and maintenance issues that plagued the previous traditional peristaltic and solenoid actuated diaphragm style pumps.

In addition to precisely dosing and verifying chemical injection, the digital dosing pump can also measure valuable data such as flow or pressure.”

Following the completion of a two-month test, the utility’s plant manager was pleased with the trouble-free performance offered by the new digital dosing pump.

“We have had the pump in place for two years now,” he said. “During that time there have been no leaks and no vapor locks.”

As an added benefit, the pump’s mounting capabilities allowed the water utility to reconfigure the pump room so that the pump sits above the Sodium Hypochlorite day tank rather than next to it.

Although there have been no leaks, the new layout ensures that if ever there were, the fluid will drip back into the tank and not onto the floor.

The plant manager has been happy with the benefits offered by the smart digital dosing pump. Weekly pump maintenance has been eliminated, the utility no longer has to flush 1.2 million gallons of water per year down the drain, and the danger to station operators from noxious fumes has been removed.

“But the most important payoff is a more consistent water quality,” said the plant manager.

The water utility plant is now looking to install the pump in other facilities.

Shawn Chong is a senior district sales manager at Grundfos Pumps Corporation. Grundfos Pumps Corporation, part of the Grundfos Group, is a global pumps and pumping systems provider serving the residential, commercial-building and process-industry markets, as well as being a major supplier to the water-supply and water-treatment industries, including the wastewater industry. Chong may be reached at schong@grundfos.com