The Benton/Washington Regional Public Water Authority saved on energy costs and gave dependable service to its customers after replacement.
by Timothy Smith (Danfoss)
09/22/2014

Located in one of the fastest growing regions in the U.S., the Benton/Washington Regional Public Water Authority (BWRPWA) broke ground in 1996 for a water treatment facility serving northwest Arkansas and eastern Oklahoma. Today, it operates as a wholesaler, providing up to 24 million gallons of drinking water per day to 16 municipalities and other entities. To be a cost-effective water provider, BWRPWA constantly operates pumps at varying speeds, which makes them an ideal candidate for variable frequency drives (VFDs).

“We’re selling water to many different customers,” said Jeremy McCrary, maintenance foreman for BWRPWA. “To provide a potable water supply as cost-effectively as possible, we need to be up and running at all hours.”

As a water wholesaler, the BWRPWA draws water from nearby Beaver Lake then completes the treatment process at the plant. From there, a vertical pump transports the water to different storage tanks. The water is then distributed to suppliers who operate their local systems and bill customers.

BWRPWA focuses on filling the storage tanks as cost effectively as possible. During the summer months, that means minimizing pumping during peak hours when electricity is more expensive. As much as possible, the plant shifts its heaviest electricity use to off-peak hours. 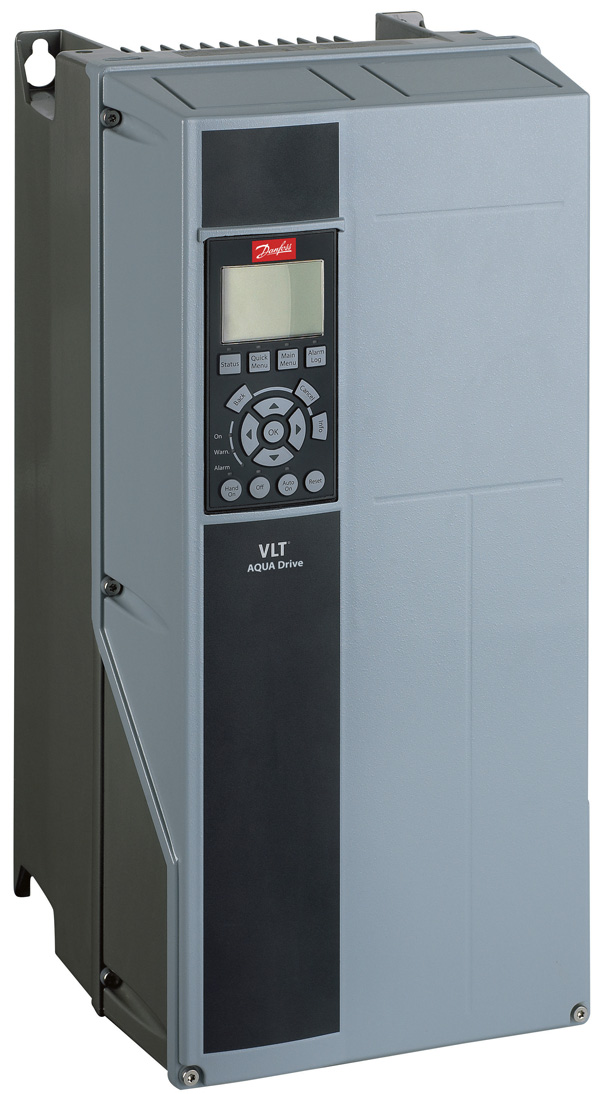 “In peak electrical demand periods, we switch to onsite generated power, allow the tanks to draw down and throttle the pump back to about 60 percent capacity to minimize electric costs,” said McCrary. “Then at hours when electrical demand is lower, we run those pumps hard at 100 percent to catch up until the storage tanks are full.”

That strategy worked until one of BWRPWA’s three pumps went down because of a VFD failure. The company has two 500-horsepower (HP) pumps and one 1,000-HP pump. The 500-HP drive experienced the failure.

BWRPWA wanted a turnkey solution that would fit into an existing cabinet space and tie into the plant’s supervisory control and data acquisition system. However, the wholesaler also was looking for improved controls, greater reliability and minimal budget impact.

Fleming supplied a 500-HP VFD manufactured specifically for water and wastewater applications. The drive was installed in a sealed, Underwriters-Laboratory-approved, custom panel.

“The VFD had a lot going for it,” says McCrary. “While this application didn’t need all the drive’s water-specific capabilities, such as flow compensation and dry pump protection, knowing they were there proved that this drive could effectively handle my application.”

The new drive provided energy savings to BWRPWA. The replaced drive needed two fans running full time to draw air through the cabinet, which is located in a space that is not air conditioned. These fans moved air inside the drive enclosure to cool it by convection air flow. However, the new VFD’s heat dissipation is better, allowing for the use of a lower-speed fan. The VFD can operate at temperatures up to 122 F (50 C) without derating. As a result, the fan runs at high speed only when temperatures are highest, minimizing electricity use.

A specialized protection plan added further value to the drive. The plan featured premium coverage against defects, normal wear and accidental damage from different sources, such as power surges.

The plan’s warranty period for new drives normally lasts for six years. Because BWRPWA wanted to control costs as much as possible, the coverage period was extended to 10 years. McCrary and other BWRPWA staff members were enthusiastic about the guaranteed onsite service if the drive experiences problems in the future.

The new VFD is about 2 percent more energy efficient than the replaced unit. The drive upgrade is likely to save BWRPWA $8,000 annually. The VFD has been running without issue, which allows BWRPWA to reliably provide water for its customers.

Timothy Smith is North America service sales manager for Danfoss. His responsibilities include aftermarket sales of drives and parts, extended warranties and service contracts. He has been with Danfoss for more than 16 years and works closely with the company’s service and sales partners in the HVAC, industrial and water sectors. Smith may be reached at drivepro@danfoss.com or 414-355-8800.