The facility upgrades required a temporary system to divert flow and avoid interruptions during the work.
by Darrin Ruiz
Xylem, Godwin, Flygt
09/23/2016 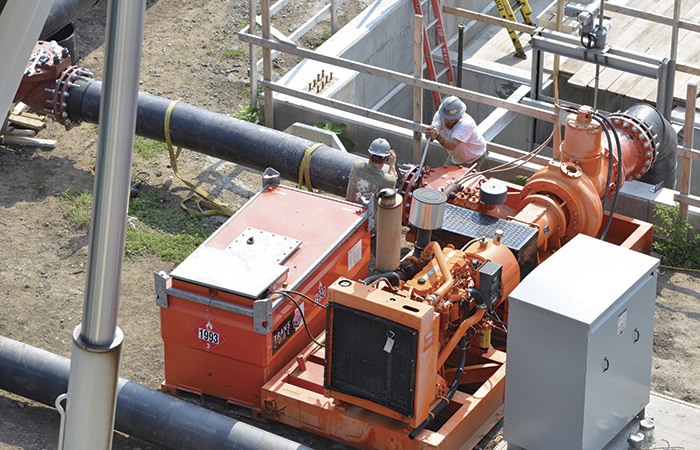 Image 1. The team installed HDPE pipe onto one of the pumps at the South plant bypass. (Courtesy of Xylem)

The upgrades would require the district to replace the existing chlorine bleaching tanks in the treatment plants with ultraviolet (UV) technology, so a temporary bypass system was necessary to divert flow and avoid interruptions during the work.

The district turned to local contractor BCI Construction to oversee the bypass project. During initial meetings and assessment of project parameters, representatives from the district and BCI discussed the possibility of buying pumps for the bypass.

Based on the initial assumption that more than two dozen pumps would be needed to handle the flow at the North and South plants, both organizations knew it would be an expensive endeavor.

To help clarify some of the details about the plan for the bypass project, BCI partnered with industry experts who were knowledgeable about pumps and sewer bypass systems. Together, they assessed and designed the bypass operation for both the North and South treatment plant projects.

The bypass would need to handle 88 million gallons per day (mgd) of flow, and the initial plans from BCI had called for 12 pumps at each site.

Once additional assessments were made, the pump technology provider recommended that each plant use three 16-inch, high-volume, medium-head, solids-handling dewatering pumps with automatic self-priming systems.

At the North plant, three additional axial-flow dewatering pumps were added, while the South plant used two of the axial-flow pumps. The axial-flow pump that was incorporated into these two plants “isn’t traditionally used in wastewater treatment plants,” according to one pump supplier representative. “It’s usually used for freshwater or flood control, so it’s not the norm. We’ve used these pumps in similar applications and have had great success.” 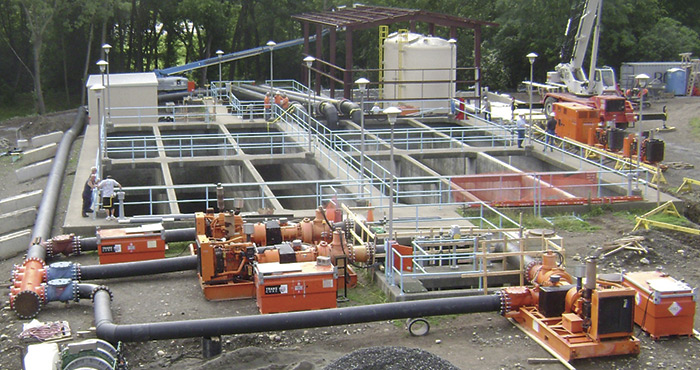 Image 2. The three CD400 pumps set up at the North Plant bypass

The axial-flow pumps were situated within the belowground chlorine contact tanks, so BCI was able to significantly reduce the aboveground equipment footprint. The smaller footprint allowed the project to avoid road closures and traffic interference—a frequent challenge for bypass operations.

To save energy and optimize the efficiency of the pumping operation, the team installed level transducers to monitor tank levels. The pumps were also set up sequentially to kick on or off according to fluctuations in effluent flow. Several heavy rain events occurred during the bypass operations, and the system was able to turn on additional pumps as necessary to keep up with the increased flow rates.

The pump supplier’s on-site service team took care of routine pump maintenance, which was recommended for every 250 hours of pump run time. With bypass operations running for three weeks for the North plant and eight weeks for the South plant, it was important to ensure that the pumps were properly maintained to continue running smoothly.

Expertise & Options That Pay Off

The bypass system was in place for about three months while the two plants were being upgraded. There were 2.5 weeks of setup time between each phase, during which the pump supplier mobilized and installed the equipment according to the bypass plan.

The option to rent the pumps and equipment rather than purchase them was a huge benefit for the district, providing significant cost savings.

“It made the most sense for BCI to rent the equipment for the District upgrade projects, versus purchasing it,” the pump supplier representative said. “It would be years until the District would need this much equipment again, and renting ended up saving them significantly on the cost of the project. With a one-time use like this, it was absolutely the way to go.”

The final plan ended up reducing the amount of pumps needed—and the equipment footprint—by half and saving the Albany County Sewer District in additional rental and traffic management costs.

Darrin Ruiz is the Northeast regional applications engineer for Xylem and its Godwin and Flygt brand pumps, serving the municipal, construction and industrial markets. He may be reached at darrin.ruiz@xyleminc.com.

Pumps
How to Mitigate Pump Motor Damage
One option is to use a reduced-voltage soft starter
Pumps
Wall Street Pump & Valve Industry Watch, October 2020
Pump Market Analysis
Pumps
Piston-Actuated Diaphragm Pumps in Mining
Learn the pros and cons of these pumps that can move fluids and slurries with high temperatures.
Pumps
5 Sessions You Should Not Miss at WEFTEC
Take a look at these technical sessions to boost your virtual experience.
Pumps
What Pump Selection Considerations Are Needed To Handle Wastewater?
The type of material in the fluid should be considered when selecting a proper pump for wastewater treatment.