Since the stunning vote in 2016 in favor of the United Kingdom leaving the European Union, many international economic actors and observers have been waiting to see just what sort of Brexit would be enacted. That wait was recently extended with the resignation of British Prime Minister Theresa May. 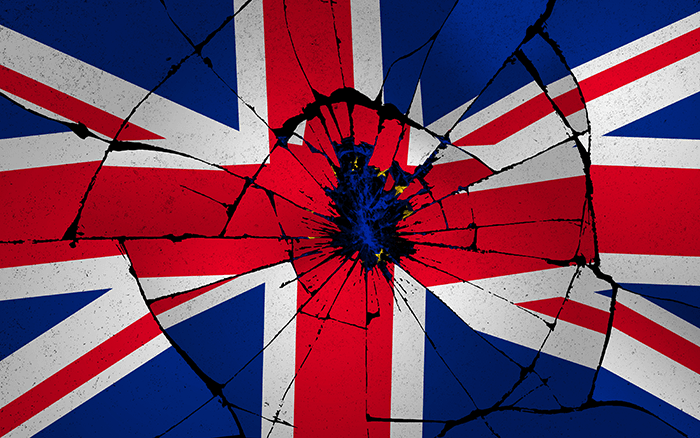 In truth, observers will likely concede that it had been apparent for some time that May had been struggling with the job of prime minister. Her character and demeanor strike one as more that of a caretaker prime minister of a stable democracy (re: John Major), than that of someone tasked to lead or negotiate the largest change of Britain’s relationship with Europe since it joined the European Economic Community (EC) in the 1970s.

With her resignation, and the fact that none of her Brexit deals obtained a majority in Parliament, it is not clear what will be accomplished until a new leader is chosen. While this process is expected to drag into the summer, many observers are looking ahead to Oct. 31, which is the deadline for an exit deal, or Britain leaves the EU with no deal.

While these deadlines may make for high drama and keep observers on the edge of their seats, the EU has proven time and again that it knows how to extend deadlines that were previously described as nonnegotiable, right up until the time they were suddenly negotiable. What the governments of the EU, including Britain’s, have historically done has been to avoid decisions. The entire Brexit process over the last three years has done little to damage that reputation.

Ultimately, policymakers and business leaders are left at the same point that they were nearly three years ago. The future of what doing business in or with the U.K. still depends on what sort of Brexit gets enacted—if it even gets enacted at all.

Assuming that some version of Brexit actually happens, the impact of any kind of Brexit on the economies of the EU and U.K. is likely to be much less than anticipated, even under the dreaded “no-deal” scenario.

For one thing, trade is a two-way street, and a “no deal” Brexit would, in theory, hurt both sides. Britain now imports more from the EU than it exports to the EU, and so those EU countries that have larger trade surpluses with the U.K. would have an incentive to conclude a bilateral trade agreement. Secondly, the U.K. is part of the World Trade Organization (WTO) in its own right and can consequently trade with the world, including the EU, under those rules until such time as it negotiates trade agreements with various countries.

This is not to say that moving from one trading system to another through Brexit would be painless. There would certainly be an adjustment period as the governing bureaucracies and other relevant players would have to figure out what the new rules are, and then how to implement or navigate them. While it is hard to say how long this learning curve might last, one could reasonably expect to see a relatively mild reduction in economic activity in this period as certain investment plans are modified, delayed or canceled.

But, after this adjustment period, economic life in Britain would go on. The image of Brexit being promoted by some of a Britain facing the world alone, under economic siege with its economy lying in ruins, is simply not accurate. The U.K. was not an economic wasteland before it joined the EC (now EU) in the 1970s, and it won’t be one after it exits.

For pump manufacturers in the United States with significant exposure to the EU (apart from the U.K.), Brexit is will likely have minimal impact, if there is an impact at all. Although the fifth largest economy in the world by some measures, Britain is about 15 percent of the total EU economy. Its departure from the EU would be economically similar to California breaking away from the U.S. A foreign company with no direct exposure to California would not likely be impacted by such an event, except perhaps slightly through some minor fluctuations in foreign exchange rates.

For U.S. pump manufactures that do have significant exposure to the U.K., May’s resignation can be seen as a step backwards from the point of view of business leaders and strategic planners. It appeared for a while that some version of Brexit would pass and there would be some clarity going forward as to what the trading environment post-Brexit would look like. However, May’s failure to pass anything and her subsequent resignation means that the desired clarity won’t be forthcoming in the immediate future.

As we get closer to something being decided, there is likely to be some short-term turbulence in the financial markets, along with sensationalist headlines. However, the exchange-rate effects caused by Brexit have probably been accounted for by the market. Whatever the short-term volatility, one should not expect the currency exchange rates to fluctuate far outside of the range that we have seen over the last three years.

As an industrial product indispensable to a modern society, pump applications in the U.K. are not going to disappear. Nor will the need for pumps in the U.K. mining and fossil fuel industries be going away.

A pump company currently doing business in Britain is likely already comfortable doing business in that industry as it is now structured. Any industry changes resulting from Brexit are likely to be at the margins, rather than fundamental. A company that maintains strategic flexibility over the next couple of years is likely to emerge from Brexit with their business relationships and profit margins intact.

Chris Angle is a commercial banker, analyzing businesses and structuring credit facilities to meet their financing needs. He has also served on the board of directors for DTC Grip & Electric, a company that does lighting and camera work for movies, providing guidance on financial planning and business strategy. Angle received a bachelor’s degree in international relations from the University of California-Davis, and a master’s degree in international economics and finance from Brandeis University. Angle speaks three languages: English, German, and Italian. He also was an exchange student at the WHU-Otto Beisheim School of Management in Vallendar, Germany.