The coastal area between the city of Anzio and the commune of Pomezia in Italy is a popular holiday destination, particularly for Italians living in neighboring Rome.

Rapid development in the area in recent decades, resulting in part from the availability of low-cost land, has outpaced the advancement of local infrastructure. In fact, until just 15 years ago, most of the area's buildings and facilities were not connected to sewer systems. 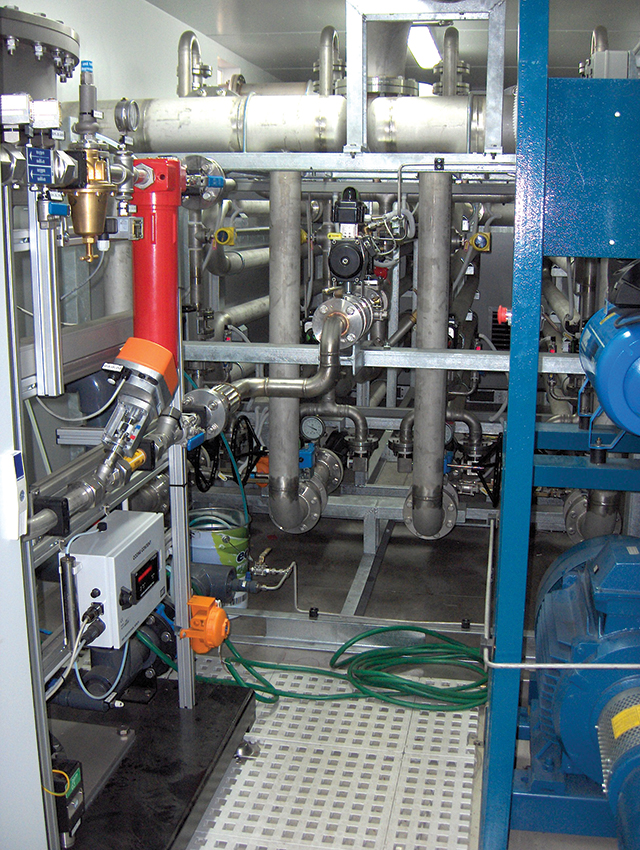 Image 1. Inside view of the sludge container. Pictured on the left is instrumentation in front of the ozone generator. (Courtesy of Xylem)

To address this problem, the municipality of Ardea launched a significant redevelopment program. At its core was the creation of an efficient wastewater treatment service capable of treating wastewater for the city's population of 72,000.

To meet future population growth in the region, the capacity of the existing plant needed to be expanded. The municipality commissioned Idrica, a utility provider, to build a sewage treatment plant capable of serving the local population.

Idrica aimed to maximize the efficiency of the facility. A growing population—which placed a load on the plant that was 25 percent higher than expected—made this objective more complex. The project required a technical solution that would minimize impact on the environment—a key consideration when effluent outflow into the sea could negatively impact tourism in the area, which is a vital contributor to the local economy. Idrica also aimed to reduce the public cost of running the treatment facility. To decrease disposal costs and associated man hours, Idrica made it a priority to reduce the amount of sludge produced. 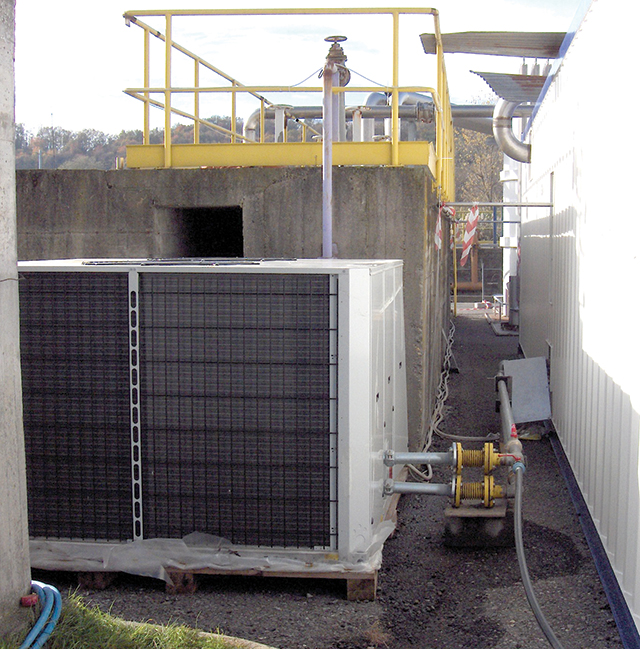 Because of its low cost and ease of operation, the activated sludge process is the most widely used method in municipal and industrial wastewater treatment. However, it results in the generation of excess sludge. Forty-five to 50 percent of the costs of wastewater treatment are associated with the handling, treatment and disposal of excess sludge.1 For this reason, municipalities look for solutions that reduce the mass and volume of sludge, improve its physical and chemical characteristics, and minimize the impact on its destination.

Several European Union (EU) directives have resulted in increasing the costs associated with the treatment and disposal of sludge. Under the Urban Waste Water Treatment Directive 91/271/EEC, most EU populations must be served by wastewater treatment facilities, resulting in the generation of excess sludge. The Sewage Sludge Directive 86/278/EEC has led to restrictions on the agricultural application of sludge from wastewater treatment processes, resulting in the incineration of more sludge. In addition, the Landfill Directive 1999/31/EC limits the disposal routes for excess sludge, leading to rising costs for sludge disposal.

The use of increasingly effective treatment technologies at the Ardea plant and population growth leading to more intense use of the system caused an increase in the amount of sludge in need of disposal.

Despite the use of centrifugal pumping, which can eliminate most of the moisture produced, the plant at Ardea produced 3,000 tons of sludge per year. The cost of disposal was more than €130 per ton. Idrica aimed to reduce this significant financial outlay.

Idrica worked with a major water and wastewater technology company to develop an efficient and cost-effective solution that would meet the system's requirements. The solution had to deliver consistent and stable treatment service throughout the year despite more intense use during summer months.

The utility provider chose an ozone system and set up a pre-configured, containerized test unit that would operate at full plant capacity for six months to determine the solution's effectiveness at different periods of the seasonal cycle.

The sludge oxidation demonstration system includes an ozone generator and a proprietary contact system. These two main components are housed inside a 40-foot container and can be easily moved from site to site.

This sludge oxidation demonstration system includes an ozone system, which is intentionally sized larger than necessary at the final installation. In this particular case, the test unit was providing three times the capacity needed at the full scale plant in Ardea.

This test delivered positive results and showed that the facility required a system smaller than the test solution. The ozone system was pre-configured for this particular application, which minimized the time required for setup and reduced the time needed for certifications.

Ozone is one of the most powerful commercially available oxidants and is often used for municipal water and wastewater treatment. In addition to its oxidizing capabilities, it is a sustainable method of treatment. Oxidation destroys pollutants, colored substances, odors and microorganisms without creating harmful, chlorinated byproducts, unpleasant chemical tastes or odors, or significant residues. It does not involve the storage and handling of oxidants or other chemicals and is generated safely on-site and controlled on-demand from air/oxygen and power. By decomposing to oxygen as it reacts, ozone provides a cost-effective and ecological alternative to oxidation with chlorine, absorption or other separation processes.

Ozone reacts quickly with a large number of compounds. These compounds are attacked either directly by the ozone molecule or indirectly by the intermediately occurring hydroxyl radicals. The ozone is completely consumed in this reaction process, releasing only oxygen. Any remaining ozone residues in the off-gas are converted back into oxygen by a residual ozone destructor. 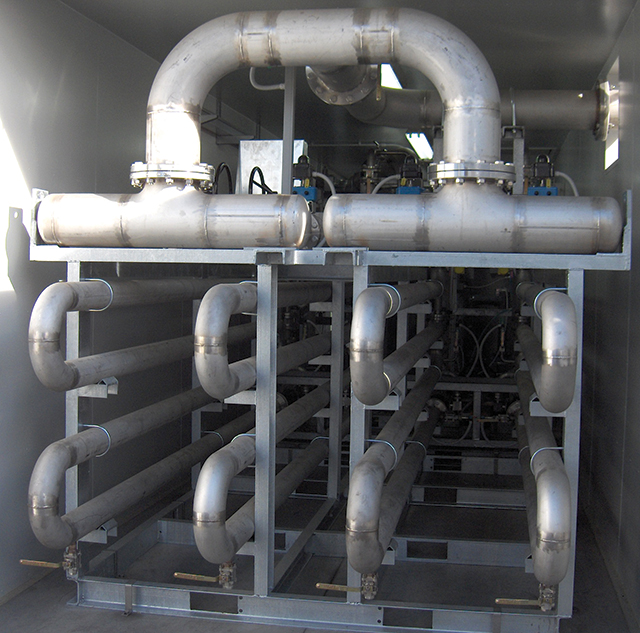 The ozone Idrica incorporated is a completely integrated system capable of producing 9.6 to 600 kilograms (kg) of ozone per day or 400 grams (g) to 25 kg per hour.

One year after installation, the ozone solution successfully reduced the amount of sludge produced by the Ardea wastewater treatment plant by 43 percent or 1,300 tons annually. This significant reduction saved the facility more than €170,000 per year in landfill costs. It has also led to a 30 percent reduction in the man hours required to remove and dispose of the sludge produced. 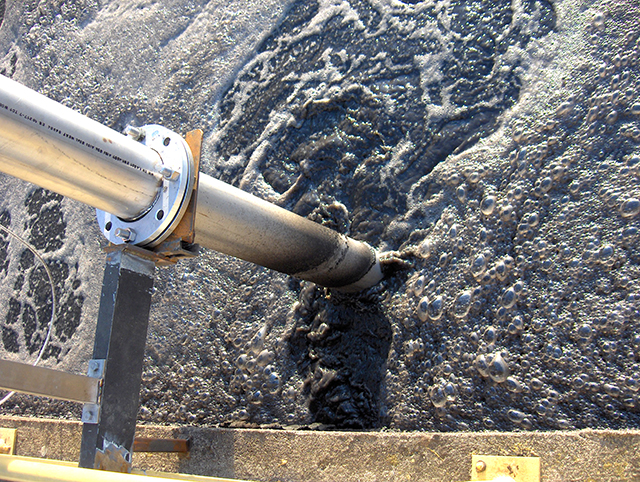 Image 4. The recycling of ozone treated RAS in the aeration tank.

The solution also reduced the amount of filamentous bacteria produced, which is the main cause of sludge bulking within secondary clarifiers. When bulking occurs, large quantities of sludge can be carried out from the wastewater treatment plant with the effluent water in the form of suspended solids (SS), which can lead to legal penalties. In most cases, a filtration step is required if the bulking phenomena are frequent. Alternatively, a chemical flocculation is required (with additional associated costs). However, the use of ozone can eliminate the negative effects caused by filamentous bacteria.

Wiebke Rand is an application engineer for Xylem's Wedeco solutions. She studied civil engineering at the Technical University Braunschweig, Germany, focusing on sanitary and environmental engineering and hydromechanics. She may be reached at +49 5221 930-184 or wiebke.rand@xyleminc.com. For more information, visit xyleminc.com.