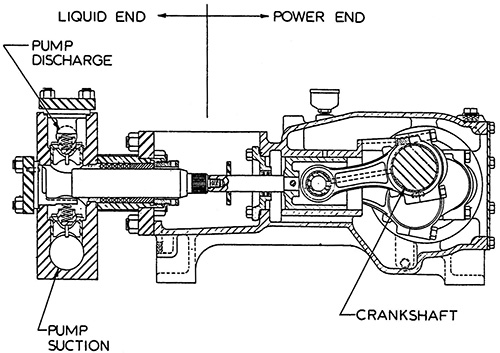 Figure 1. A triplex power pump with springs on both the suction and discharge valves and a threaded connection between the plunger and crosshead extension

Therefore, to properly select, apply and operate a power pump requires knowledge of its unique characteristics. Some of these characteristics will be presented by stating common myths, misconceptions or misunderstandings and hopefully dispel some of them in the following list. Since some are not really full-blown myths, just misconceptions or misunderstandings, they will be called “MM.”

Power pumps are self priming.As was learned from operators of pressurized-water nuclear power plants, when a power pump ingests a slug of gas while running, one or more pumping chambers can become “vapor-locked” and cannot expel the gas and regain prime. It is necessary to reduce the pump discharge pressure to near (or below) suction pressure to allow the pump to reprime, and if the pump is running at a high speed with the necessary strong valve springs, priming may be more difficult.

If the first power pump chamber becomes primed, the remaining chambers will automatically become primed.If this were a multistage centrifugal pump, the statement would be true because all impellers are in series. However, in a multiplex power pump, the plungers (pumping chambers) are in parallel, so one chamber can become primed while the other chambers remain “vapor-locked.”

To prime a power pump, it is necessary to disassemble the liquid end.A project engineer once told me that, when starting a new processing plant containing new power pumps, to prime each pump, he would remove each discharge valve cover, remove each discharge valve, fill each pumping chamber with liquid and then reassemble the pump. He was pleased to learn that this laborious process was unnecessary. If the design of the system allows the operator to start the pump against negligible discharge pressure, most power pumps will prime all pumping chambers. Disassembly is not required. 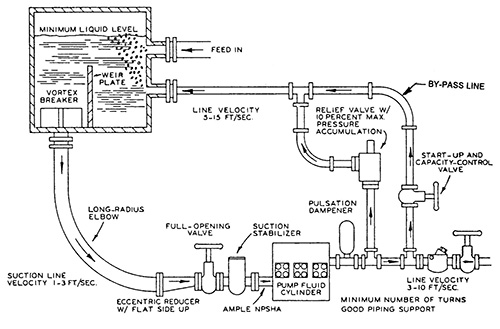 Figure 2. The system for a power pump should include a bypass line for startup and capacity control.

A power pump can be run backward satisfactorily.Although the liquid end will pump the same regardless of the direction of the crankshaft rotation, running a power pump backward can result in a hot power end, power end knocking, reduced lubrication to the crossheads and bearings, and shorter packing life because of the resulting oscillations of the plungers.

Small, high-speed pumps produce lower pulsations than large, low-speed pumps.It has been stated that a smaller pump, running faster, for the same capacity, will produce less pulsation in the suction and discharge piping. That is not true because, as seen in Figure 3, the liquid velocity variation produced by a triplex pump, for example, is typically 25 percent of the average velocity, whether the pump is large or small, running fast or slow. The acceleration of the liquid in the piping, being the rate of change of velocity, is therefore larger for a small, high-speed pump than for a large, low-speed pump when both pumps have the same capacity and the same size piping. 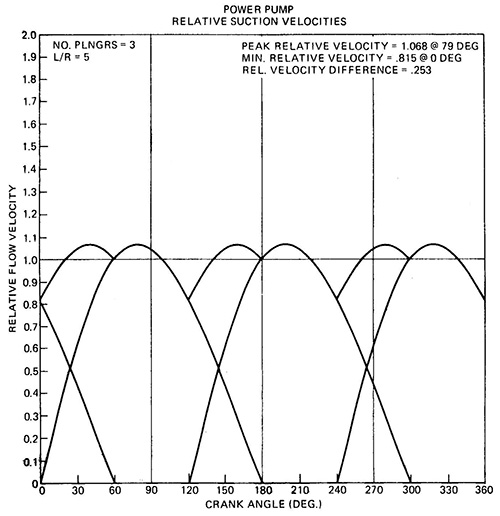 Figure 3. The velocity variations in both suction and discharge piping for the typical triplex pump are independent of pump size and speed.

Power pumps can handle significant quantities of air or other gases.This one can really be trouble. Even small quantities of free gas flowing into a power pump will shorten the lives of numerous pump components. The higher the discharge pressure, the more damaging is the gas.

The check valves in power pumps are pushed closed by the reverse flow of the pumpage.It is the function of the valve spring to push the valve to near-closed as the plunger reaches the end of its stroke. Higher speeds require stronger springs. If the spring is not strong enough, the valve will be too far from the seat at the end of the stroke and will be slammed onto the seat by the reverse flow of the pumpage. Such action results in a noisy, rough-running pump and shaking pipes.

All power pumps require at least 10 psi of NPSH.Power pumps, when operated near their top rated speeds, require strong valve springs to obtain smooth operation. It is typical for such pumps to require 10 psi, or more, of net positive suction head (NPSH). However, if the pump speed is reduced to a value below about 200 rpm, the springs on vertical suction valves can be removed, and the net positive suction head required (NPSHR) will drop to about 1 psi (less than many centrifugal pumps). 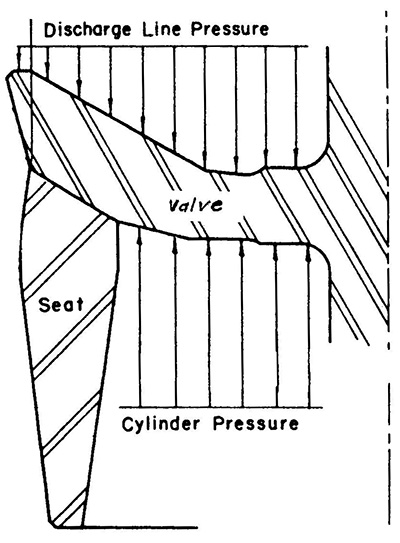 As the plunger starts its stroke, the differential pressure across the valve begins to equalize. The liquid trapped between the seating surfaces is then pressurized to the pressure surrounding the valve. It then becomes only the weight of the valve, and the force from any spring, which must be overcome to lift the valve.

The allowable lift of a power pump valve is proportional to its diameter.This concept seems to have originated with Reference 1 and was perpetuated by Reference 2. As revealed in Reference 8, the maximum allowable valve lift for smooth pump operation appears to be solely a function of the rpm of the pump crankshaft. It is independent of valve size.

All power pumps are suitable for slurry service.Don’t believe it. Most power pumps are designed to pump only clean (non-abrasive) fluids. Slurry applications require special valves and stuffing box designs. An entire special fluid end may be required.

The most effective method of lubricating the packing is with a high-pressure mechanical lubricator.Although injecting into a lantern ring located between rings of packing will often provide adequate packing lubrication, I have found that an atmospheric, drip-type lubricator can be more effective. It is (normally) that last ring of packing in the box (adjacent to the atmosphere) that is doing most of the sealing and is therefore creating most of the friction. Dripping oil onto the plunger adjacent to that last ring has been found to provide better lubrication in many applications.

Packing leakage can be reduced by using the lantern ring as a bleed-off point, piping the leakage to the suction line.This scheme is illustrated in Figure 5. It has been tried a few times with unsatisfactory results, even with oil dripped onto the plunger on the atmospheric side. Why? Because, instead of just the last ring of packing rubbing hard on the plunger and creating heat, we now have three rings rubbing hard on the plunger, creating three times the heat, which overheats the packing and plunger and causes premature packing failure.

Figure 5. A lantern ring, intended for lubrication injection, has occasionally been used incorrectly to bleed off leakage to a lower pressure.

If the packing on one plunger fails, the packing on the other plungers is near failure.This is often not true. For multiple reasons, one set of packing in a pump can fail prematurely. The other sets of packing may last weeks or months longer. Because of possible improper installation or startup procedure of replacement packing, changing good packing can actually result in a shorter life. Changing all packing, when one set fails, can also mask a problem with one particular stuffing box—such as misalignment or a scored plunger. If it ain’t broke, don’t fix it.

A plunger that threads into a crosshead extension will not align properly with the crosshead. Wrong. I have found that a properly designed (and machined) threaded joint will provide excellent alignment between two mating parts.

Terry Henshaw is a retired engineer living in Magnolia, Texas. He worked more than 50 years in the pump industry. He can be reached at pumpprof@att.net.