After reading two of my articles on power pump valves, valve springs and net positive suction head required (NPSHR), Brazilian engineer Ricardo Martuscelli emailed me to suggest that I create graphs that illustrate the effects of speed (rpm) and the density of the pumpage on the NPSH requirements of these machines. That sounded like a good idea. We had the published NPSHR curves (see Figure 2), which were based on tests, but I had not used my equations to calculate equivalent curves. Could my equations produce such curves? If so, how would the calculated curves compare to the published curves? Could we include the effect of the density (specific gravity) of the pumpage in this exercise?

The equations did produce curves, which answered both questions, and are of sufficient interest, I think, to share in this article.

The following is the nomenclature used in the calculations:

Fo = Force from spring(s) when valve is closed, lb (N)

The following equations were incorporated into a computer program, which used Equations 1, 2 and 3 (from Reference 2) to calculate the maximum lift of the valve (at mid-stroke) for each speed, then Equation 4 to calculate the pressure drop across the valve (NPSHR). This pressure drop was then plotted as a function of the pump rotative speed. The equations assume fully turbulent flow through the valve “escape” area (the flow area between the seating surfaces). They do not compensate for viscous liquids.

Because L90 appears on both sides of the equation, iteration is required for a solution. A trial value is plugged into the right side of the equation for a first trial solution.

Figure 1 is a cross-sectional drawing of the 3-inch-stroke triplex pump for which these calculations were performed. The pressure losses from the suction nozzle to the valve, through the valve seat, and from the valve to the plunger are minimal. Therefore, the pressure drop across the seating surfaces of the valve and seat of the suction valve represent the NPSHR of the pump. In this pump, the valve lift is limited to 0.282 inches by a stop. 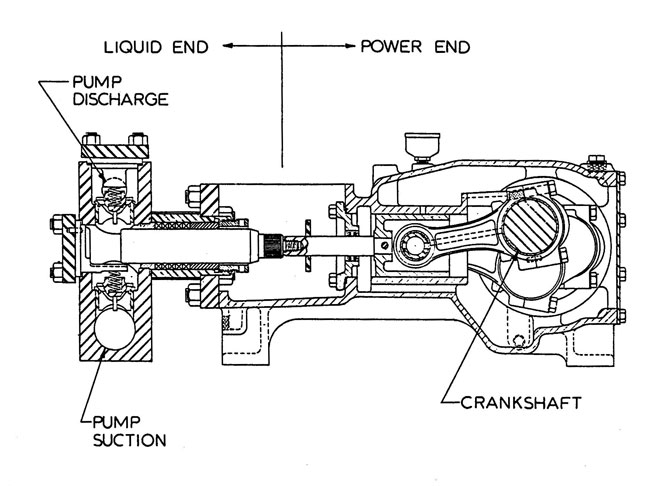 Figure 2 shows a published NPSHR curve for the pump with strong valve springs and compares it to the calculated curve. I believe that the published curve contains a 0.5 lb/in2 margin of safety. If 0.5 is subtracted from the published curve, the two curves fall on top of each other. Similar comparisons of the curves for the standard valve springs, and for no suction valve springs, produced equivalent results. The results indicate that the equations produce reasonably accurate NPSH curves.

Figure 2. A plot of calculated NPSHR compared to the published curve (for cool water)

What I find intriguing is the different shape of the two curves in Figure 2. The published curve cups slightly upward, which initially seems correct. The calculated curve cups slightly downward, which seems wrong until we realize that, until the valve hits the stop, any increase in differential pressure across the valve is partially relieved by the valve lifting higher. After the valve hits the stop, the NPSHR curve becomes a squared parabola (cupped upward).

Figure 3 is a plot of NPSHR for three different liquids, with specific gravities of 0.5, 1 and 1.5. We see that, at a very low speed, the NPSHR, expressed in pressure units, is not affected by the density (specific gravity) of the pumpage. 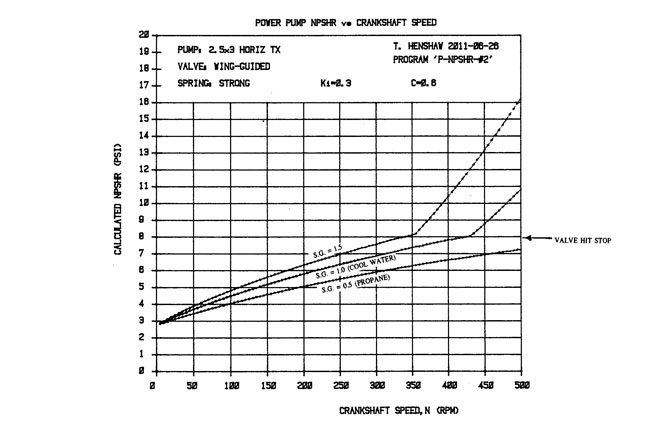 Figure 3. A plot of calculated NPSHR values for liquids with specific gravities of 0.5, 1 and 1.5

Terry Henshaw is a retired engineer living in Magnolia, Texas. He worked more than 50 years in the pump industry. He can be reached at pumpprof@att.net.

Valves
Valve Selection for the Safe Operation & Protection of the Pump Station
A variable speed pump station design will require additional considerations.
Valves
Valve Solutions for Mine Dewatering
Factors such as scaling, orientation and cycle time must be considered to avoid potential issues.
Valves
How to Avoid Valve Closure Water Hammer
The more gradually a system can slow its flow, the better a pressure surge is mitigated.
Valves
Ensure Safe Operation of Valves in High Pressure Applications
Understand how to maintain safety and reliability.
Valves
Spilling the Oil on Valve Quoting
A look at two-piece and three-piece ball valves and total cost of ownership.