Massive amounts of energy are used to transfer oil and refined products over long distances. In the United States, several long distance pipelines move gasoline from the refineries in the Southwest to the coastal areas in the Northeast. Pipelines are an efficient, quick, reliable and economic method compared to trucking or boats. 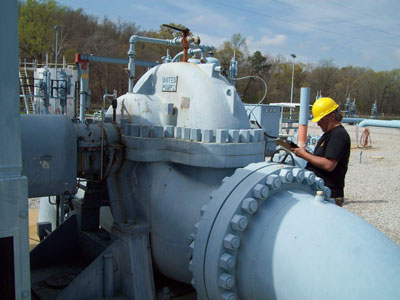 The energy used for such transfer is enormous. At a $0.10/kWh energy cost, each pump consumes nearly $3.3 million per year. With four such pumps per booster station, and approximately 50 booster stations along nearly 3,000 miles of pipeline, the total energy consumed to move gasoline is enormous.

In other areas of the world, fuel and energy transfer over long distances has also proven challenging. Connecting areas deficient in energy resources, like Europe, with the rich oil fields of the Middle East has always been an attractive alternative to ocean tankers. However, the absence of developed infrastructure and deficiency of electricity to power the motors required has been delaying such a project for years. The concept of a pipeline connecting Middle East with Europe is not new, but the vast distances needed to be spanned, as well as political reluctance, has been an ongoing challenge. 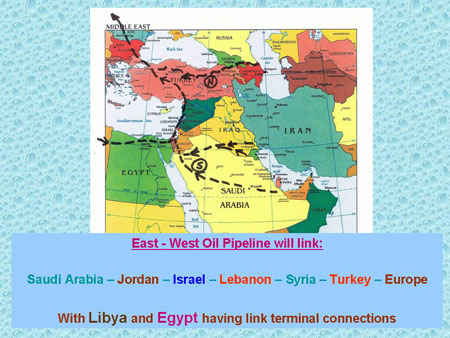 The East-West Intercontinental Oil Pipeline (EWIOP) will require comparable, even greater, amounts of energy for the pump motors than the U.S. pipeline described above. To move the estimated requirement of 200,000 barrels of oil per hour will require approximately 100 booster stations, with 12 pumps per station and each pump rated at 5,000 hp (3,700 kW). The total pipeline power demand for these motors is 100 x 12 x 3700 = 4.4 GW of energy.

A new idea has been proposed to produce the required energy. The idea will also provide an effective solution to another pressing issue in the region-water scarcity. The "Red Sea-Dead Sea Water Conveyance Concept" is a feasibility study and environmental and social assessment financed by the World Bank that has been underway since 2007. Nearly 2,000 million cubic meters of water annually could move along the 400 m drop from the Red Sea to the Dead Sea. The potential hydraulic power of these 1 million gpm at 400 m (1,300 ft) equates to:

Despite the tremendous power levels involved, the size of the canal (or pipeline) connecting the Red Sea to the Dead Sea is relatively small. With water velocity at an estimated 3 ft/s, the area of the canal required can be calculated from the basic formula:

The project, initially conceived as a way to stop the drop in water level in the Dead Sea, has expanded into its present initiative related to the oil pipeline. Current negotiations are now under way in Cyprus, and are promising to have a long-reaching positive political development. Present sponsors include France, Greece, Japan, Netherlands, United States and the countries along the EWIOP route. 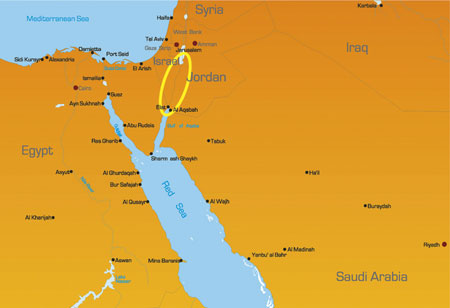 The tangential benefits of both projects (water and oil) are attractive. Desalination plants, with the recent improvements in efficiency and technology, will consume part of the available energy to provide high pressures for reverse osmosis membrane technology. Roughly 5 GW will cover the needs of the countries in the immediate proximity to the EWIOP pipeline: Saudi Arabia, Jordan, Israel, Lebanon, Syria and Turkey.

Among additional opportunities for "green technologies" is the development of the high energy, solar-powered drives for the desalination plants along the route, similar to those described in the March 2009 Pumping Prescriptions column. The hydro power that the sea canal uses is non-polluting, environmentally friendly, safe and reliable.

Phase I of the project is estimated to be completed before 2016, with Phase II eventually including Egypt and Libya.

Dr. Nelik (aka "Dr. Pump") is president of Pumping Machinery, LLC, an Atlanta-based firm specializing in pump consulting, training, equipment troubleshooting and pump repairs. Dr. Nelik has 30 years experience in pumps and pumping equipment. He has published more than 50 documents.