Manufacturing activity improved for the second month in a row with the Institute for Supply Management's Purchasing Managers' Index (PMI) registering 50.8 percent in April. Expansion continued in new orders, production and backlogs. For the month, 15 of the 18 industries reported an increase in new orders (up from 13 in March) and production (up from 12 in March). For the second consecutive month, the export orders index was above 50, reaching 52.5 in April, its highest level since November 2014. Although the employment index rose 1.1 percentage points to 49.2 percent over last month, it remained at contraction levels. 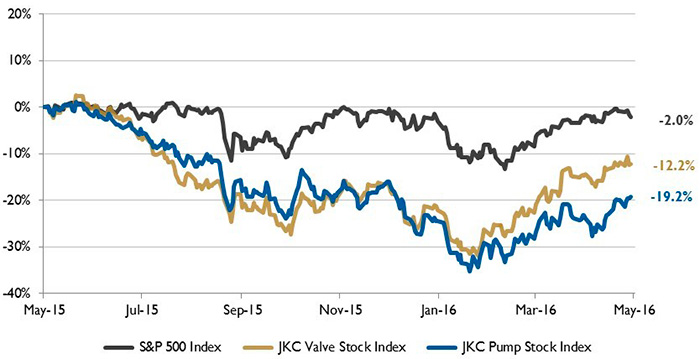 The Bureau of Labor Statistics reported that the U.S. economy added 160,000 jobs in April, a seven-month low. The unemployment rate was unchanged at 5 percent. The largest employment gains were seen in professional and business services (65,000), as well as education and health services (54,000). Government jobs fell by 11,000, mining by 8,000 and retail by 3,000. Manufacturing and construction jobs increased by 4,000 and 1,000, respectively.

According to the Bureau of Economic Analysis' first estimate, U.S. gross domestic product grew at an annual rate of 0.5 percent in the first quarter of 2016. Business fixed investment, which includes spending on equipment, structures and intellectual property, fell by a 5.9 percent annual rate, the largest decline since the second quarter of 2009. Led by services, consumer spending increased at a 1.9 percent annual pace. Showing continued momentum in housing recovery, residential investment was up 14.8 percent, the second consecutive month of double-digit gains. 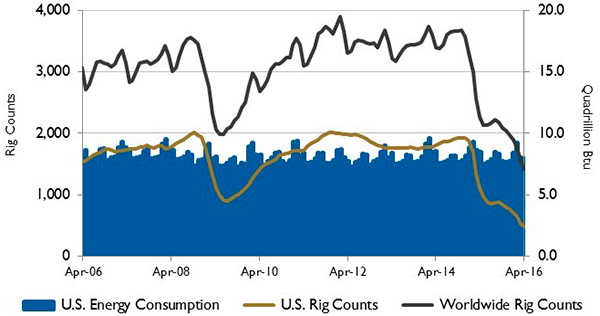 On Wall Street, the Dow Jones Industrial Average gained 0.3 percent, the S&P 500 Index gained 0.5 percent and the NASDAQ Composite fell 1.9 percent. It was the first three-month positive stretch for the Dow Jones Industrial Average since January 2014, while for the first time this year, the S&P 500 Index gained for a second straight month. First quarter corporate earnings results were mixed and had a negative effect on the indices. 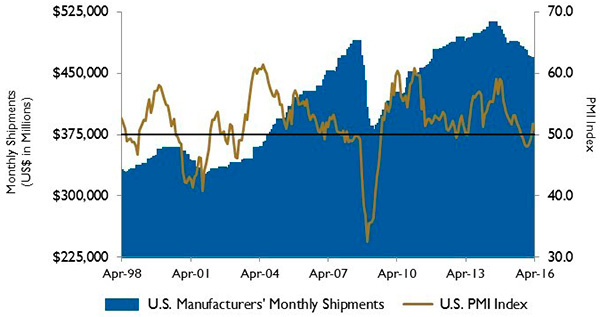 The largest gainers for the month included energy stocks, due to higher oil prices, while technology and health care stocks were the biggest laggards.