This four-part series explains the reasons behind repeat pump failures and uses a real-world field example involving boiler feedwater pumps.
by Heinz P. Bloch
08/21/2014
Part 1 of this article series was published in the July 2014 issue of Pumps & Systems.

Despite their simplicity, centrifugal pumps often experience repeat failures that even seasoned maintenance and reliability professionals have trouble preventing. This four-part series explains the reasons behind repeat pump failures and uses a real-world field example involving boiler feedwater pumps. Deviations from best practices or oversights can range from seemingly insignificant to stunningly elusive. These can combine and often cause costly failures.

The negative experience of a metal producing facility best demonstrates the consequences of operating pumps beyond their appropriate flow ranges. This example serves as a reminder of the merits of conducting in-depth reliability reviews before buying process pumps. This case history extends to the remaining parts of this series.

The operating data of the plant’s installed instrumentation is shown in Figure 1. The flow rate into the destination tank averages 2,500 gallons per minute (gpm) to maintain the tank level. This system currently operates for 8,000 hours per year to meet the plant’s production needs. The system has operated in this way since being commissioned five years ago. 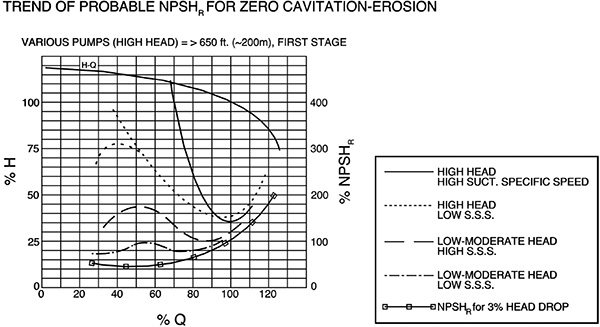 This case history is one of many examples that validate the importance of examining the flow-versus-head characteristics (the H/Q curves) of pumps. Such examinations are needed during the procurement phase of new pumps and the troubleshooting of installed but failure-prone process pumps.

Seven boiler feedwater (BFW) pumps were installed in the metal producer’s boiler house. Two of the facility’s seven pumps came from Vendor A, two from B and three from C. The respective H/Q curves from vendors A, B and C were not identical. By 2009, these pumps had failed often and randomly. The need for a thoroughly experience-based failure analysis was recognized. The analysis pointed to hydraulic and mechanical issues.

Through the years, this facility routinely ran several BFW pumps in parallel. Fear of failure may have prompted operating four pumps in parallel when only three were required to provide a specific flow rate. If running three pumps, each pump could have operated closer to its BEP, but operating four pumps led to a greater failure risk. In other words, one or more of these four pumps operated in the questionable or forbidden low-flow and high-internal-recirculation range illustrated in Figure 1.

At least two of the pumps had flat H/Q curves, similar to the curve in Figure 2. Running in the low-flow range forced one or both pumps into the flat portion of their respective performance curves. When operating in the flat range, even a small change in head (a small change in ∆p) results in large differences in throughput. Controlling and equalizing load sharing would be difficult. 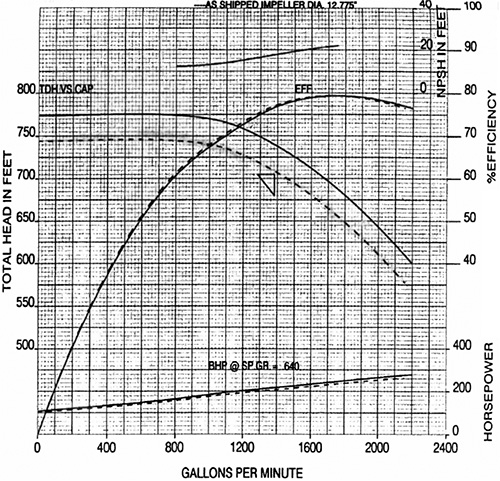 In addition, the internal pump clearances opened as time progressed. This explanation was in line with the recent escalated failure frequencies. It led to the recommendation of investigating the minimum flow allowed for these high-suction-energy, BFW pumps. The concept of high suction energy and what it means in terms of the required net positive suction head available (NPSHA)/net positive suction head required (NPSHR) ratio and/or reduced allowable operating range is thoroughly explained in References 3 and 4. 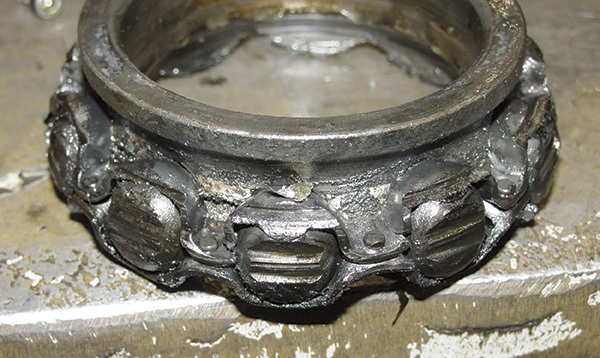 Image 1. This riveted cage bearing failed because of axial (rotor thrust) overload. (Article images and graphics courtesy of the author.)

Internal wear and operation at lower-than-designed flow affect the hydraulic thrust acting on a pump rotor. This often contributes to thrust bearing failures similar to the one shown in Image 1 and might even explain the excessive wear on the worm wheel of one of the shaft-driven lube oil pumps. In general, rolling element bearings with riveted cages should be avoided in process pumps. Part Three of this four-part series will explain why this is recommended.