What can you learn when these pumps fail?
by Heinz P. Bloch
Process Machinery Consulting
04/28/2020

The quest for better or more reliable equipment is not new. However, the pursuit of greater reliability became more focused since the mid-20th century when reliability engineering was recognized as a profession. 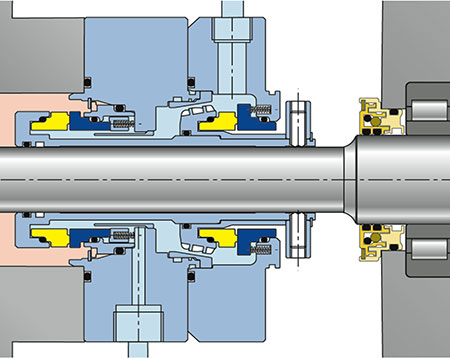 Why single out process pumps? Process pumps are by far the most widely used fluid machines; they are found in every country and on every continent. We call them process pumps because they are primarily used in process units as opposed to pumps used in municipal works, pumps associated with coolants in engines, and so forth. There is considerable overlap between process pumps built for ”X” gallons per minute (gpm) and “Y” feet of head used in an oil refinery, and the identical pump used in gas processing plants that use liquid hydrocarbons as the original feedstock.

However, the same pump used somewhere halfway through an oil refinery’s upgrading processes is more likely found near the feed end of a gas plant. 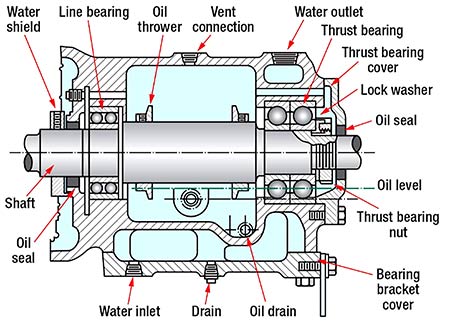 Process pumps are the primary topic of this article because they present a paradox: On the one hand, next to electric motors, they are the most widely represented machine and are certainly one of the simplest machines ever invented. Yet, they fail relatively frequently. Elusive, randomly occurring repeat failures are not unusual and will soon become serious risks. Finding and remedying the flaws should be a priority. The needed upgrades are both cost-effective and well documented.

That said, two approaches are often pursued to address, explain or remedy the issue of process pump failures. The first is a largely administrative road map that is often centered on consultant-conceived generalities. The second is an approach that documents successful failure identification and recommends tangible component-related upgrades. Because these upgrades have led to failure avoidance1, this article deals entirely with examples of the second of the two possible pursuits.

Time and again, the failure statistics for process pumps show that pump failures predominantly occur in the pump’s sealing and bearing components. Pump bearings compliant with stipulations found in a widely used American Petroleum Industry (API) standard are a usable compromise for perhaps 95 percent of process pumps installed in a modern oil refinery. But suppose a refinery has 1,800 process pumps at its plant site. If 95 percent are running as expected and 5 percent would have been better served with superior bearings, not installing these will prove costly for 90 pumps.

A bidirectional pumping ring is depicted in Image 1. There are almost endless iterations of component configurations, material combinations and flush plans. Sealing technology includes seal flush liquids and their routing. (Note also that a modern bearing housing protector seal is shown in Image 1.) Pump meantime between repair (MBTR) in United States oil refineries ranges from a low of 2 1/2 years to a high of 10 years. At an average repair cost of $16,000 per event, paying close attention to sealing technology will be a sound investment in time and incremental upgrades for better mechanical seals. 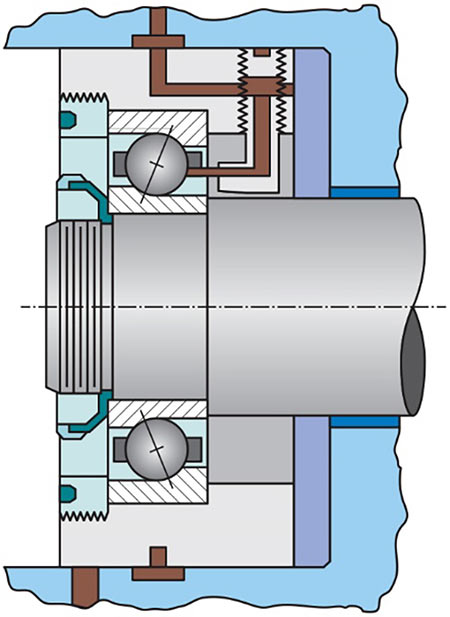 Properly selected bearings usually have a design life that greatly exceeds the actual operating life attained in process pumps. The limiting factors are elusive. Pressure balance on both sides of an installed bearing is demonstrated in Image 2, an image provided by now-defunct Worthington Pump Company in the mid-1960s. The reason for balance holes in some pump bearing housings is explained in Reference 1. That they are perhaps not needed in 90 percent of the pumps installed at a user’s facility should be of interest since it means that 10 percent of the plant’s pumps may be at risk.

The cost to incorporate balance holes in any original housing design would have been insignificant.

There can also be reliability issues with old-style lubricant application methods in pump bearing housings. As reliability professionals and diligent researchers, we know why the world’s six largest manufacturers of rolling element bearings point to Image 3 as the best lubricant application method available. A suitable volume of lube oil is sprayed directly into the rolling elements for cooling and prevention of metal-to-metal contact.

Finally, old and inexpensive bearing housing protector seals tend to be less effective than some newer, advanced and more expensive styles. It is good to remember that popularity is not always the best indicator. Image 4 shows a simplified version of the protector seal in Image 1 and may be worth more than indicated by its reasonable cost. 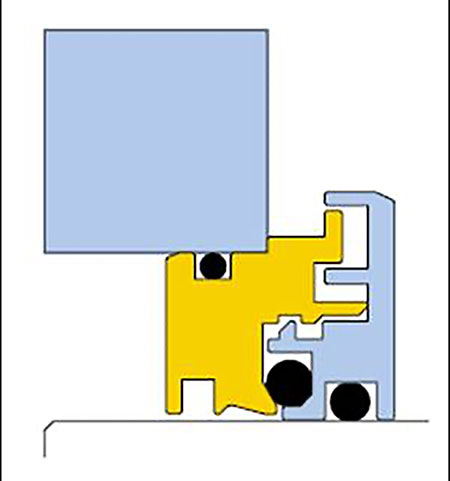