At combined-cycle power plants, a problem in even the smallest piece of equipment can cause significant downtime and lost production. Valves, in particular, must operate at peak performance to ensure consistent plant operation. With the help of remote monitoring software solutions and related support, power plant management teams can ensure that all equipment is operating efficiently and address potential problems before they result in costly downtime.

In the summer of 2013, a remote monitoring software solution detected a small increase in the difference between the command and feedback of a valve on a combustion turbine at a combined-cycle power plant.

The difference in feedback increased from approximately 1.6 percent to about 2.9 percent. At the same time, the differential on the other gas valves appeared to be stable and tracking around 0.5 percent (see Figure 1). The software solution company notified the end user of this issue in a weekly report and began tracking this measurement on weekly calls. 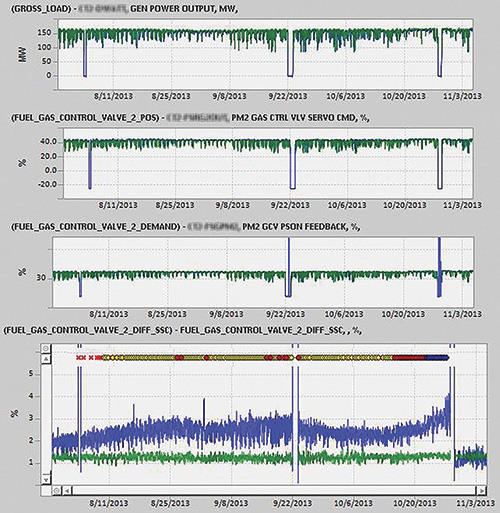 Figure 1. Fuel gas control valve 2 differential shows the variance between the position feedback of the valve and the servo command. (Graphics courtesy of GE Intelligent Platforms)

The site initially attempted to calibrate the gas valve, but after the calibration, the difference between the feedback and demand reached approximately 4 percent. The site then determined that either the servo for the valve was failing or debris had accumulated on the servo.

Regardless, the servo needed to be replaced. After the site replaced the servo, the difference between the actual and feedback of the valve returned to expected levels.

If the difference between the demand and the actual had reached 10 percent, the unit would have tripped, resulting in lost production and a decrease in the life of the engine.

Early notification of this issue provided the end user with time to schedule a second maintenance action to solve the problem. This allowed the prevention of production loss.

In early November, this same software solution detected that the hydrogen gas pressure on a generator was dropping rapidly. Values were expected to operate at approximately 31 pounds per square inch gauge (psig) (3.2 bar). Actual values, however, were measured as low as 28 psig (2.9 bar) (see Figure 2). The software company sent a high-priority notification to the end user and began tracking this issue on weekly calls.

The user immediately investigated the issue and discovered that a hydrogen purge solenoid valve had tripped and was releasing hydrogen from the generator.

The user was able to reset and correct a tripped purge valve. If this issue had not been detected, the low hydrogen gas pressure could have caused a trip of the unit, resulting in significant production losses.

The low hydrogen pressure could also have resulted in seal oil leaking into the generator, endangering the generator windings and/or the bearings.